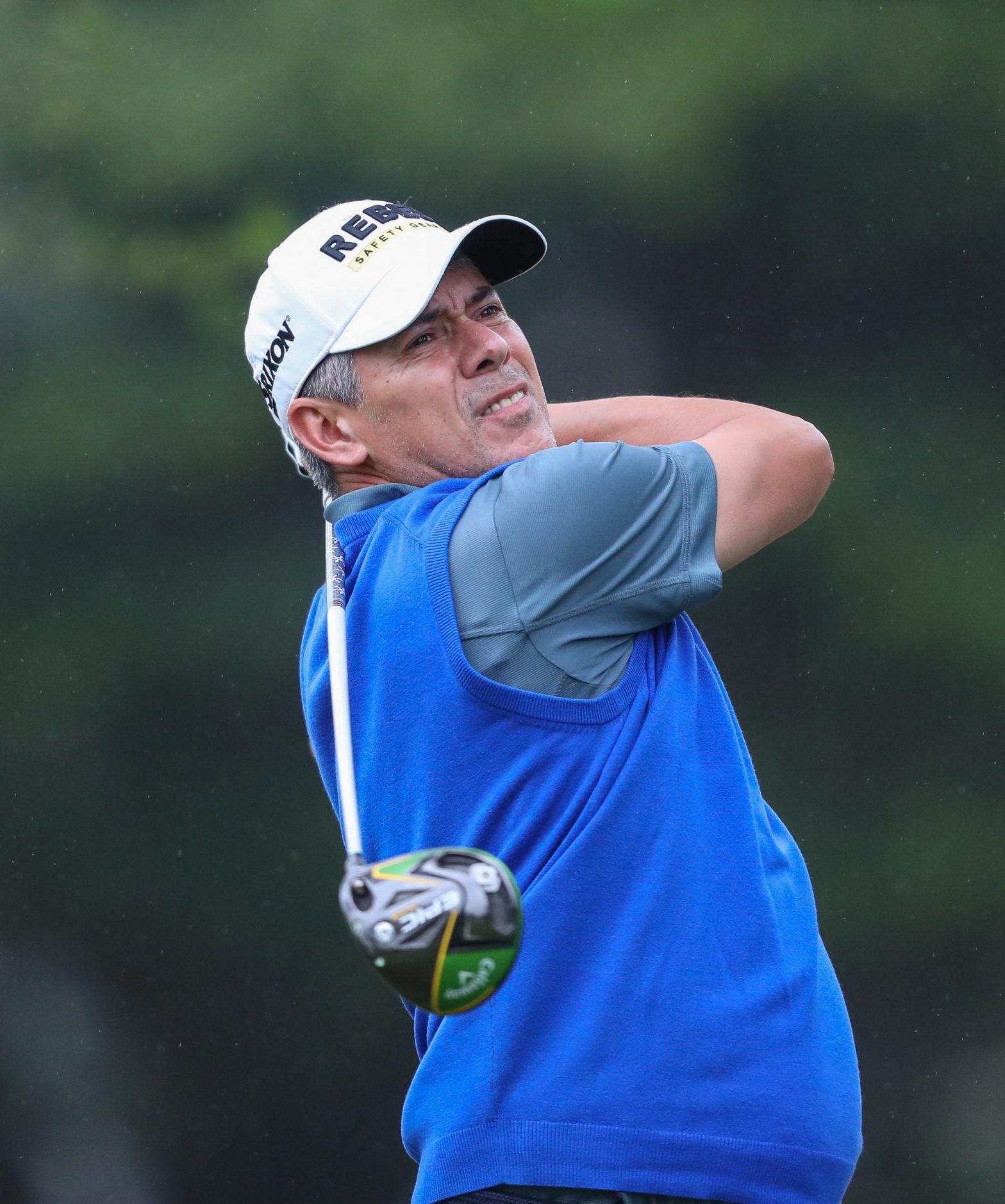 DURBAN, KwaZulu-Natal â€“ Brazilian Adilson da Silva has been dogged lately by an inconsistent putter and a struggle to maintain focus on the course, but he put it all together in fine style on Thursday as he claimed a share of the lead after the first round of the Vodacom Origins of Golf Series event at Mount Edgecombe Country Club Estate.

The 49-year-old Da Silva started at the 10thÂ on Mount Edgecombeâ€™s The Woods course and moved to two-under with back-to-back birdies on the par-three 12thÂ and par-four 13th.

There was a bit of a wobble though when he bogeyed the 18thÂ and second holes, sandwiching a birdie on the par-four first, but Da Silva said his efforts to stay mentally focused have started paying off as he picked up three more birdies, returning to the clubhouse in 32 strokes.

Playing in the rain, it was easy to get frustrated and allow a promising round to fritter away, but the experienced Da Silva regrouped brilliantly.

â€œWith all the breaks between tournaments due to Covid, I was really struggling to concentrate on the course, but playing events now every couple of weeks has helped a lot. Iâ€™ve pushed myself to focus my mind on the target and not worry so much about my swing. Otherwise itâ€™s a strange feeling of not really being there. So Iâ€™m trying to visualise, put more emphasis on the shot, keep my mind focused on the present.

â€œI missed a couple of putts and then made silly bogeys on 18 and two â€“ youâ€™re getting wet and itâ€™s easy to get frustrated. But I just told myself to hang in there, I hit most of the fairways and greens after that and made some key putts.

â€œMy putting has been on and off lately, which is so frustrating when youâ€™re hitting the ball well but you feel like youâ€™re not playing well because you canâ€™t make a score. But today was better â€“ 28 putts and I can feel something building,â€ Da Silva said.

The 13-time Sunshine Tour winner also shared the lead after the first round of his previous event, the Sunshine Tour Invitational at Centurion Country Club two weeks ago, before finishing in a tie for 12thÂ after closing with a pair of 71s. This time, with his putter playing along, Da Silva is hoping to maintain his first-round momentum. But he warns â€œYou canâ€™t just run after it here, this is a course that gives you nothing.â€

Chasing Da Silva and Albertse, who coincidentally also finished in a tie for 12thÂ at Centurion, are Siyanda Mwandla and Riekus Nortje, who shot 67s on Thursday.

Eleven golfers are two shots back on two-under-par, including Alex Haindl, winner of the second leg of the Vodacom Origins of Golf Series at Sishen at the end of last month, Ockie Strydom, Lyle Rowe, Trevor Fisher Jnr and Anton Haig.