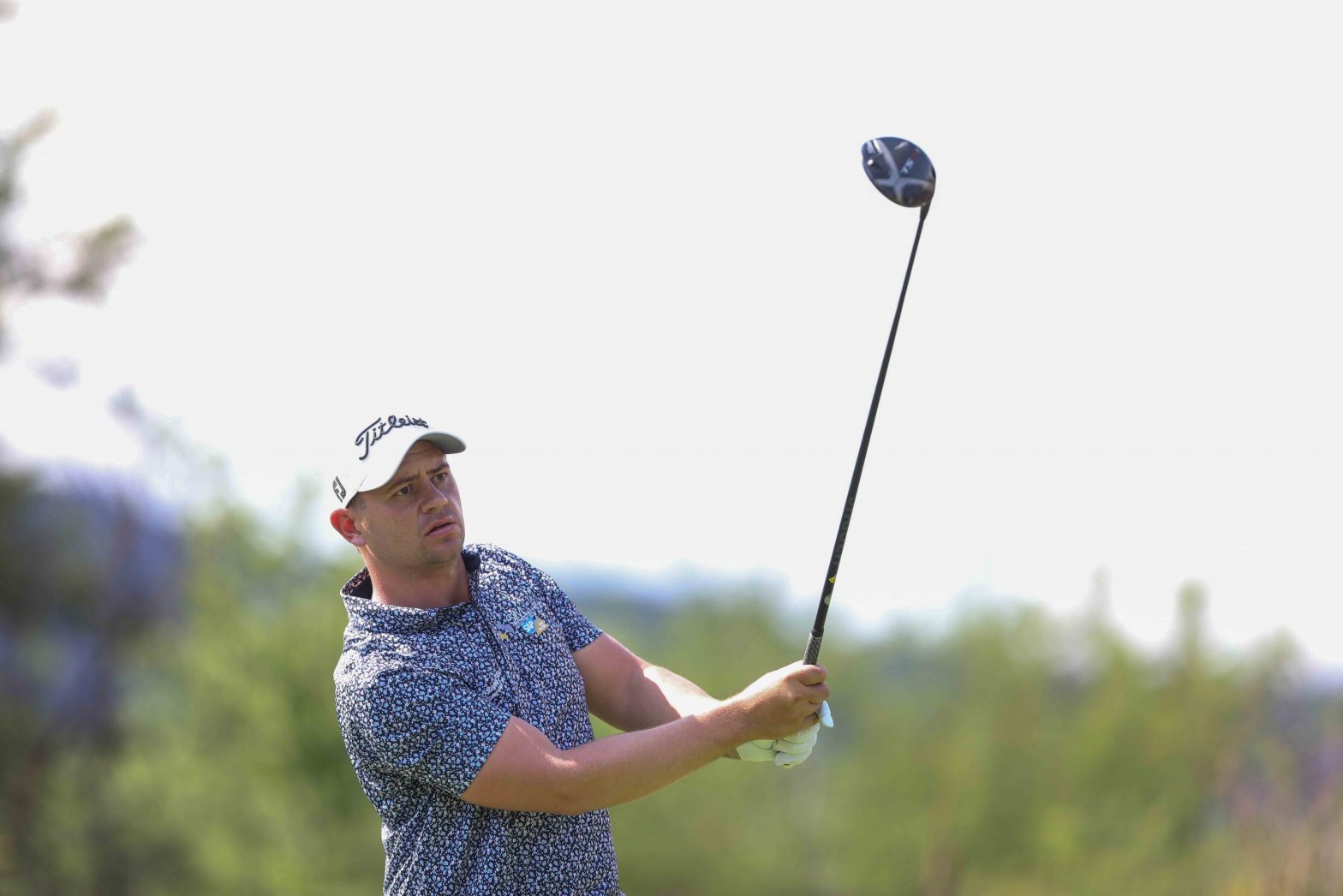 She is quiet. She is calm. But you would be very wrong if you thought that all Abigail van Tonder does is carry her husband, Danielâ€™s, clubs around a golf course. She is also a very big part of why Van Tonder cannot stop winning on the Sunshine Tour at the moment.

Van Tonderâ€™s incredible run of form on the Tour is showing no signs of ending anytime soon as the Johannesburg professional ended Wednesdayâ€™s first round of the Investec Royal Swazi Open in a familiar position â€“ at the top of the leaderboard.

He scored 15 points at the Gary Player Country Club under the modified stableford scoring system that is used for this tournament, which this year is celebrating its 50th anniversary.

Van Tonderâ€™s nearest challenger is Estiaan Conradie on 14 points, while Cameron Moralee and Keith Horne are tied third on 11 points.

Hitting fairways and greens is a big part of Van Tonderâ€™s current success. But so is listening to his wife and caddie Abi.

â€œThatâ€™s the secret. Listening to Abi. Sheâ€™s spot on with the club selection, and I just trust that,â€ said Van Tonder.

â€œThe course is in great condition. The rough is up and the greens are perfect. I just focused on hitting fairways and greens and making putts.â€

â€œWith a course this good you can make so many birdies from anywhere. And on these greens, even if you have a 40-metre putt you have a chance of making it if you just get it on the right line.â€

Van Tonder came out of the hard lockdown and wasted no time establishing himself as the hottest golfer on the Sunshine Tour.

He won three of the five tournaments on the Rise-Up Series that marked the official restart of the Sunshine Tourâ€™s calendar. And now heâ€™s hunting a fourth victory this year. And his timing couldnâ€™t be better with the announcement of the three European Tour co-sanctioned tournaments of the Joburg Open, Alfred Dunhill Championship and South African Open at the end of November and the beginning of December.

â€œIt feels like I can go out and win any tournament at the moment. Iâ€™m very happy thereâ€™s a few co-sanctioned events coming up. Iâ€™ll give myself chances there and hopefully I can take them.â€

And for now, heâ€™ll just keep listening to Abi.

â€œYou know, there were a few struggles out there today. A few double bogeys and bogeys that made me feel like I was last on the leaderboard at one point. But on the last hole Abi said just make eagle and get it over with,â€ he said.

He did. He listened to Abi. – Michael Vlismas.