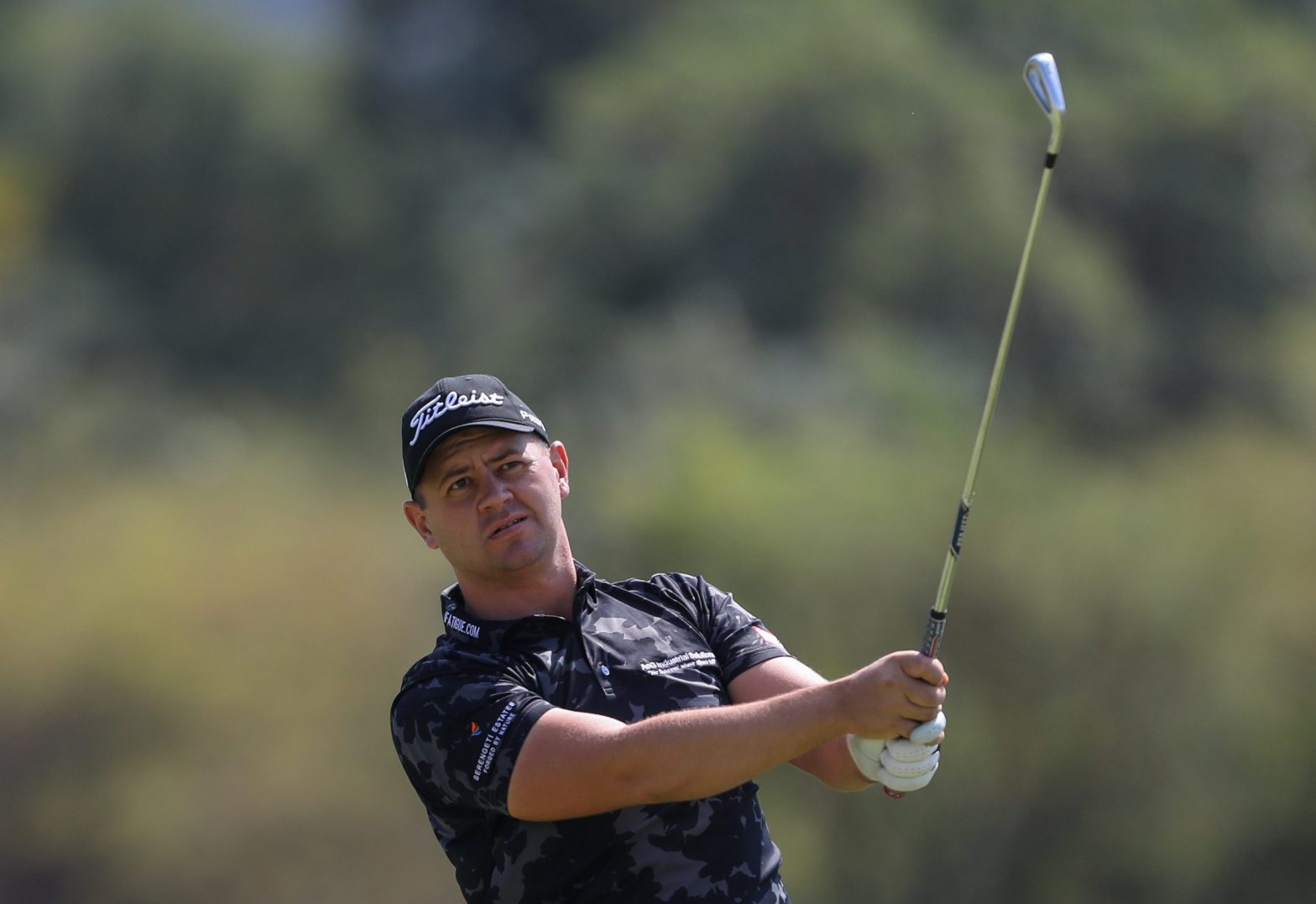 On the toughest day yet at Euphoria Golf and Lifestyle Estate, Daniel van Tonder signed for a round of two-over-par 74 that was still good enough to earn him a two-stroke lead heading into Sundayâ€™s final round of the Limpopo Championship.

That battling third-round 74 puts him on eight under par for the tournament after a day of strong winds which blew straight into the golfers for most of the holes on this Annika Sorenstam-designed golf course.

â€œIt was a battle. The wind was quite strong. Iâ€™d say it was either a two- or three-club wind. The greens were also tough to read. Some were firm and fast and others were slow. I managed to shoot two over par, which sounds bad, but Iâ€™m still leading by two,â€ said Van Tonder.

But there were some who were able to take advantage.

Brandon Stone posted a 69 that puts him on six under, where he is one of four players who are Van Tonderâ€™s nearest challengers going into the final round.

â€œFor the last couple of days thereâ€™s been no breeze, and I felt like something was missing. When we play on the European Tour weâ€™ve also got a two- or three-club wind blowing. So when I saw the flags were fluttering this morning I knew it could be a potentially good moving day in my favour,â€ said Stone.

Germanyâ€™s Marcel Siem also had a good day with his 68 to join Stone on six under. Oliver Bekker carded a 72 to add his name on six under, and Norwayâ€™s Kristian Johannessen battled his way to a 74 to complete the chasing quartet.

But Van Tonder did enough in the difficult conditions to give the rest of the field a concern that his good form of late is possibly not going to end anytime soon. And he once again paid tribute to his wife and caddie Abi for the role she played in Saturdayâ€™s 74.

â€œIf it wasnâ€™t for Abi with her reading of the wind and club selection it wouldâ€™ve been worse. She plays a big role in keeping me calm by making me think about different things to take my mind of golf during the round. But her reading of the wind direction is very good. There were times out there when I was a bit confused, but she was really on the ball with that.â€

It was the first time this week that Van Tonderâ€™s game has come under pressure, and heâ€™ll be pleased to have come through that still at the top of the leaderboard.

â€œI like the pressure. In the final round, Iâ€™ll do what I always do. I try and just play the golf course.â€ – Michael Vlismas