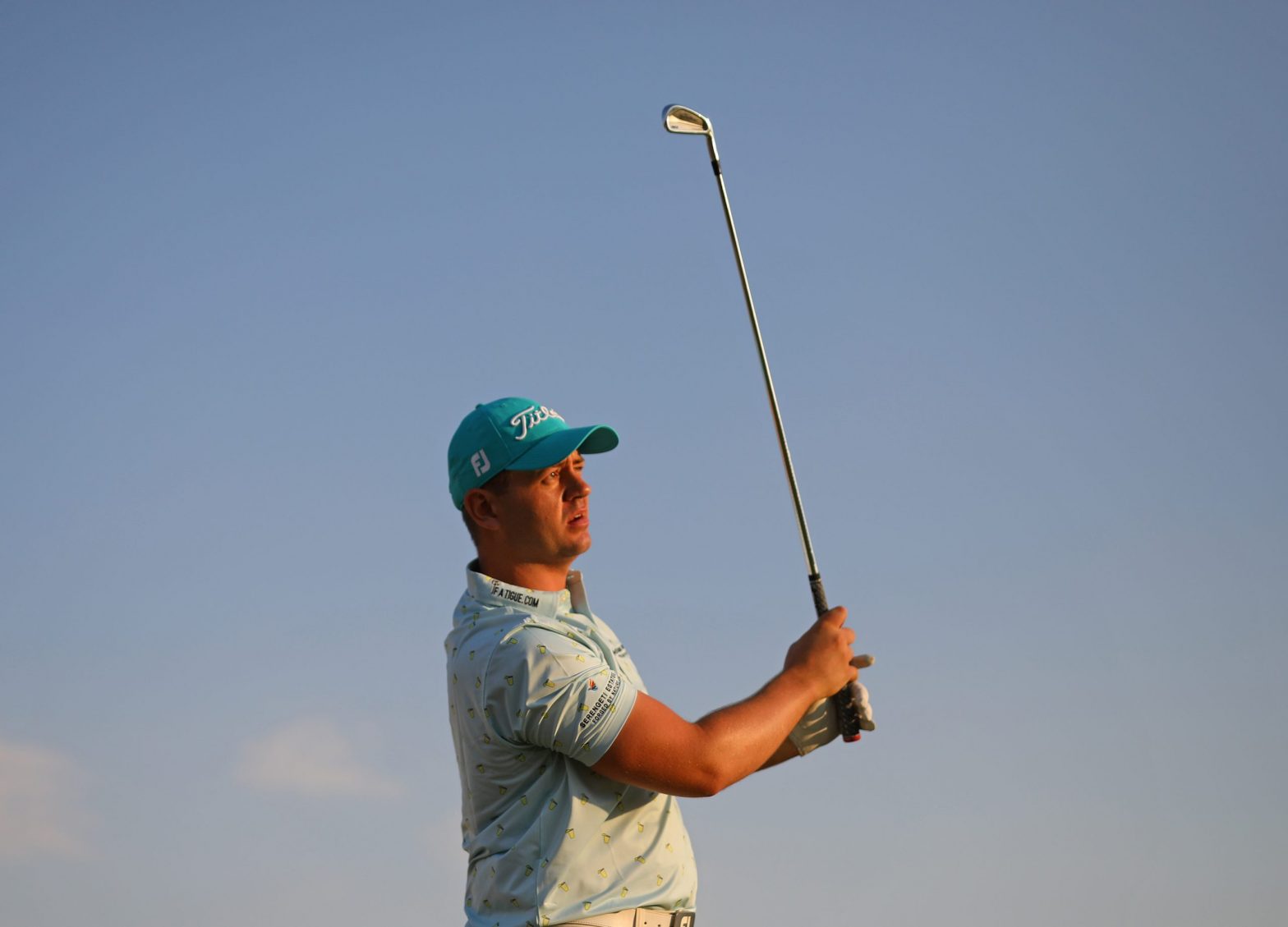 It was another calm stroll in the bushveld for Daniel van Tonder on Friday as he maintained his place at the top of the leaderboard through two rounds of the Limpopo Championship at the Euphoria Golf and Lifestyle Estate.

Van Tonder signed for a bogey-free 68 to climb to 10 under par thorugh 36 holes of this Sunshine Tour and European Challenge Tour co-sanctioned event.

His nearest challenger is Norwayâ€™s Kristian Johannessen on eight under par but with two holes of his second round still to complete as darkness once again caught the field and forced the round to be carried over.

But whatever is going on behind him hardly seems to trouble Van Tonder at the moment, whose overall game is as smooth as one of the golden sunsets out here.

â€œIt went well again,â€ he said of Fridayâ€™s second round. â€œThe wind was blowing a bit out there and itâ€™s stronger than you think, so that was a bit tough in the afternoon. Most of the holes were into the wind. But if I missed a shot, then it was in the right places and I was able to chip it close. I made four birdies and 14 pars so Iâ€™m happy,â€ he said.

Van Tonder has made an art form of keeping his approach as simple as possible, and he plans to continue doing so over the weekend.

â€œI have two days to go and will just take it hole by hole and enjoy it. As far as Iâ€™m concerned itâ€™s 18 holes on Saturday again, and then on Sunday the same thing. I just keep it as simple as possible.â€

Johannessen could still have a say on Van Tonderâ€™s lead as he completes his second round on Saturday morning.

Tristen Strydom, MJ Viljoen, Jaco Prinsloo and Jake Roos are all on seven under. Of that quartet, Strydom, Viljoen and Prinsloo all signed for second rounds of 69, while Roos posted a 68.

Strydom in particular is looking forward to the challenge of the next 36 holes.

â€œIâ€™ve made a lot of good changes with my swing, body and mindset. Iâ€™m just having fun and not putting too much pressure on myself. Iâ€™m just going to keep enjoying myself, play good golf and control what I can,â€ he said. – Michael Vlismas