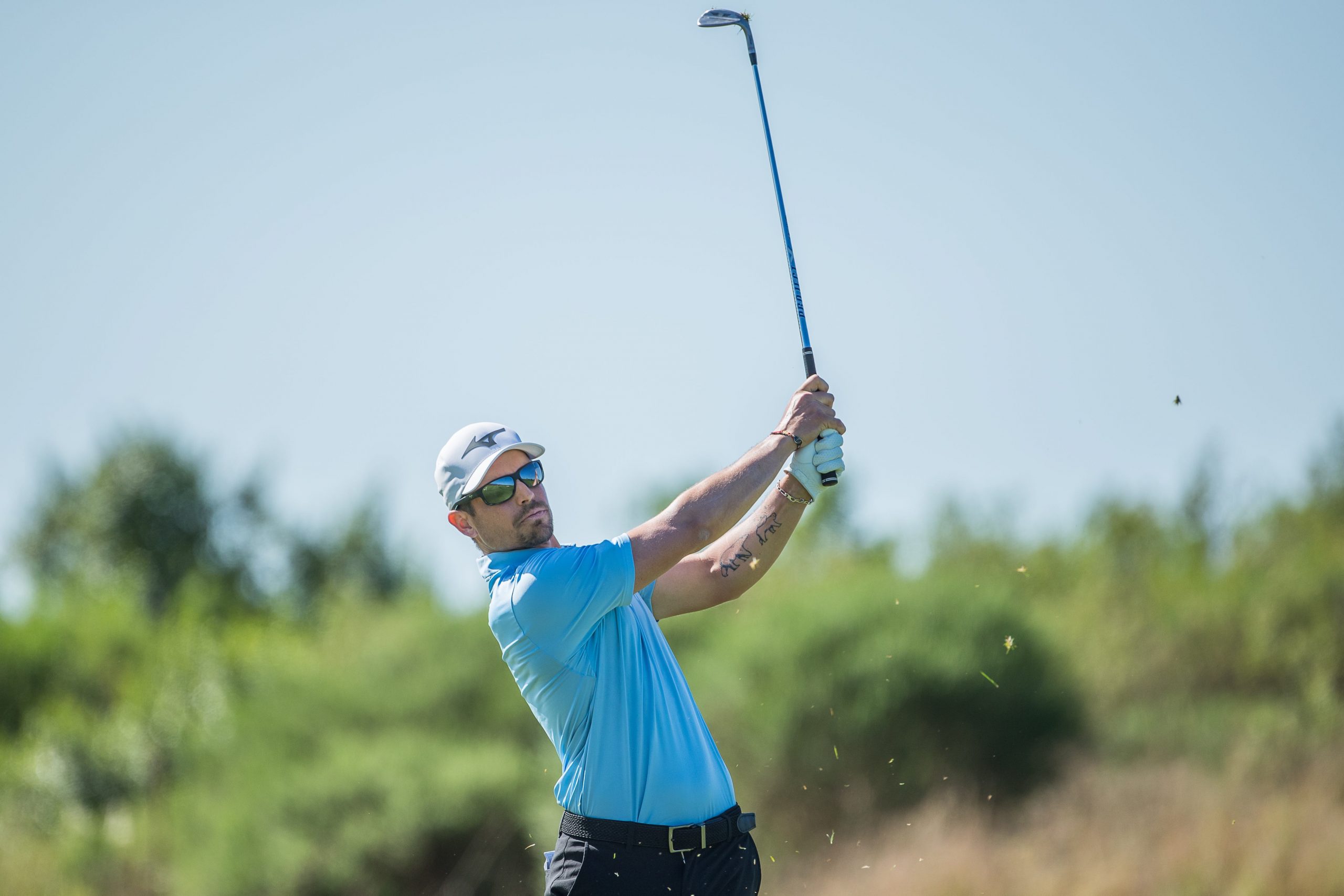 GEORGE, Western Cape – Inspired by becoming a father for the first time, Frenchman Adrien Saddier hummed the same melody he uses to put his baby boy to sleep throughout his second-round 66 as he opened up a three-shot lead at the halfway stage of the Dimension Data Pro-Am at Fancourt on Friday.

On a magnificent day on The Links, Saddier built on the shared lead he enjoyed overnight and pulled away from this field with a round in which he dropped only one shot and birdied four of his last six holes.

“I’m really happy. It was a great day. The conditions were perfect,” said Saddier, who has Germany’s Alexander Knappe as his nearest challenger on 13 under, followed by South Africans Jaco Ahlers and Jacques Blaauw as well as Spaniard Ivan Cantero Gutierrez on 11 under par.

Saddier has spent the last two months immersing himself in the joy of being a new dad with the birth of baby boy Nathan, and this is his first tournament back.

“I’m just enjoying my golf. If you enjoy it the result will come automatically. When I wait on the golf course I find myself singing the same melody I sing to my baby boy when I help him to fall asleep,” he said. He also has a tattoo on his left forearm of three bears. Or rather, pappa bear, and then mamma bear with baby bear on her back and looking up to the stars.

Saddier and his amateur partner, former Springbok rugby player Odwa Ndungane, also share the lead in the amateur team competition on 18 under par.

“I enjoyed having Odwa as my amateur partner. I asked him a few questions about the mental side of the game and how he handled it when he was at the top of his sport, and he was really nice about the advice he gave me,” said Saddier.

Behind him, Ahlers has worked himself into a promising position going into the weekend of a tournament he won in 2018 and finished 10th in last year. He posted a solid second round of 69 on The Links, even though he was less impressed with the two bogeys he made on the par fives.

“I’ll take it, but I just didn’t feel it was good enough with the weather being as good as it was, and two sixes on par fives is just not going to cut it,” he said. “I made some silly mistakes, so we’ll go fix that. I didn’t see anybody getting to 16 under already so that’s good golf, and I’ll just have to put the foot on the gas and just keep going and hopefully not make silly mistakes.”