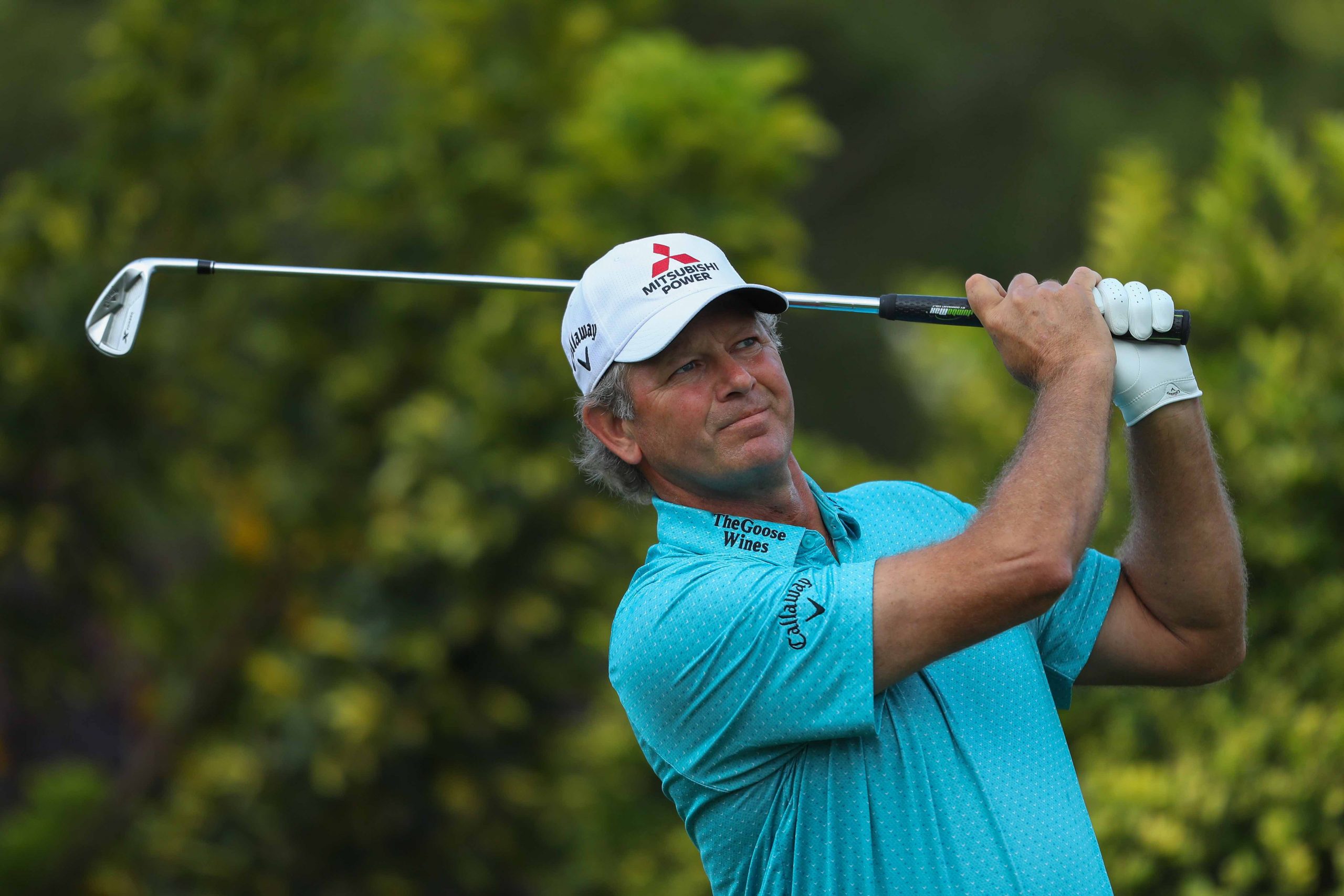 GEORGE, Western Cape – For double US Open champion Retief Goosen, the hardest part of his 67 to place the 53-year-old only four shots off the first-round lead in the Dimension Data Pro-Am at Fancourt was the 5am wake-up call on Thursday.

Goosen, who just happened to be in George for a charity golf event when he was invited to play this week, turned back the clock with a round on the Outeniqua that puts him well in the chase for a title he won back in 2002.

New Zealand’s Daniel Hillier and Frenchman Adrien Saddier are the men he is chasing at the top of the leaderboard on nine under par. Saddier shot 63 on the Outeniqua, while Hillier produced a magnificent 64 on the treacherous Links which he described as one of the best rounds of his life. They are one clear of the field, with 2018 champion Jaco Ahlers just two off the lead.

Goosen takes on the Links for his second round, but for now, he’s more than happy with his start to this prestigious pro-am tournament and against the brightest young stars of both the Sunshine Tour and Challenge Tour.

“It wasn’t easy getting up this morning. A 5am call is not really a PGA Tour Champions wake-up call. We’re normally kind of 11am for a 1pm start. But the conditions were perfect early in the morning and I started off nicely with a couple of birdies. I had a lot of birdie chances but left them short. It could’ve been a lower round, but I played well today,” he said of a round that started with two consecutive birdies and included a 30-foot putt for eagle on the 17th.

“Not bad for my second event of the year and after should surgery last November, which put me out for seven weeks. The shoulder feels good so that’s pleasing,” he said.

At the top of the leaderboard, Hillier – who finished eighth here in 2020 – was understandably delighted with his 64 on the Links. “I wanted to make the most of the benign conditions. It was just one of those days where everything just seemed to go my way. But a 64 on the Links, that’s right up there with my best rounds – definitely. I just made sure I was in the right positions and managed to execute. But it’s probably one of the better rounds of my life,” he said.

And co-leader Saddier is loving his first trip to Fancourt.

“It was a good start. Everything clicked today. I started with birdies at the first and second and I played really solid on the back nine. I hit it close, made the putts, and it was a great day of golf.”