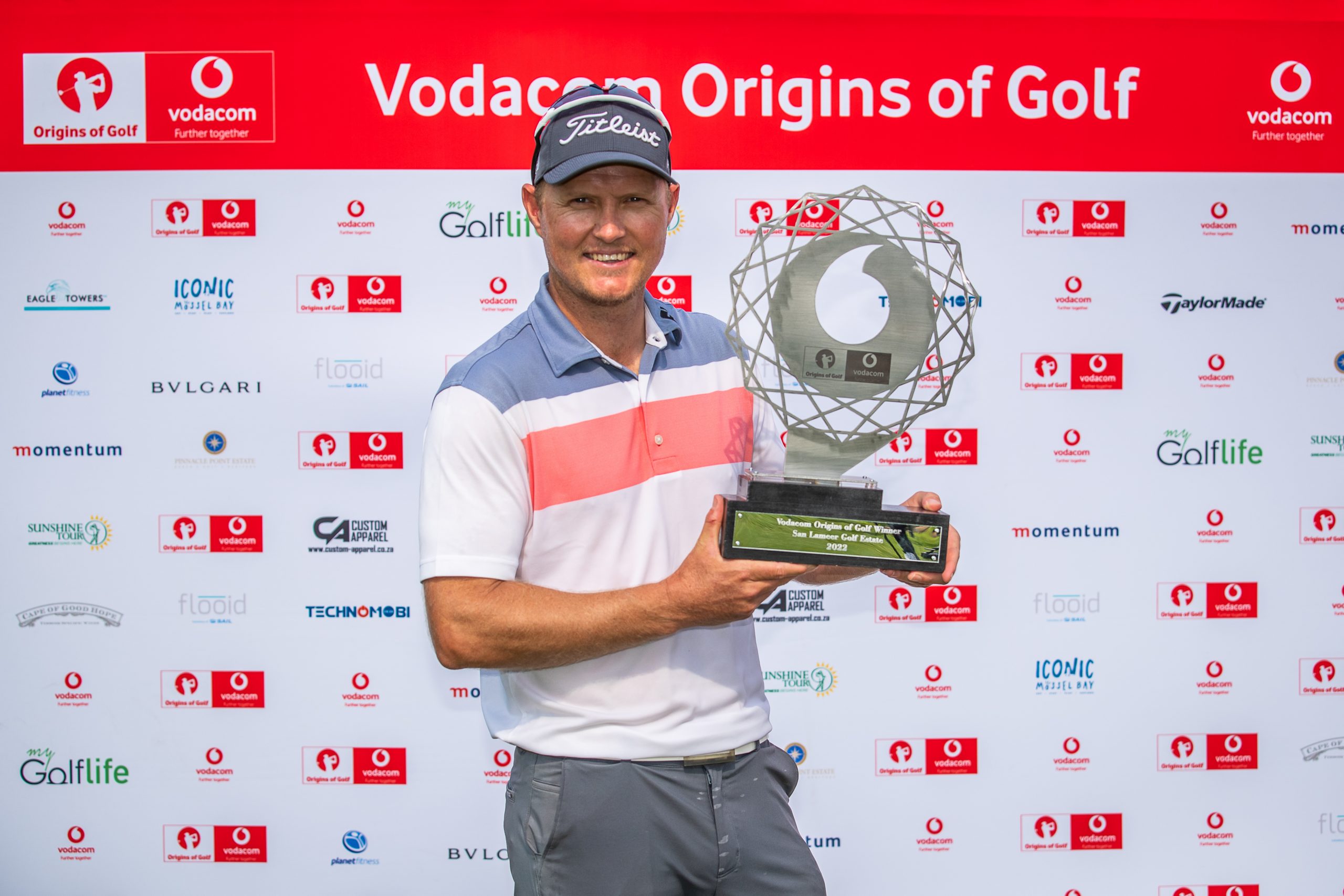 SOUTHBROOM, KwaZulu-Natal – Wynand Dingle finally has his maiden Sunshine Tour title to his name with a thrilling victory in the Vodacom Origins of Golf Series San Lameer event, as the challenges of Jaco Prinsloo and Sean Bradley died in the closing holes on Saturday.

Dingle shot a scintillating six-under-par 66 to finish on 16-under-par for the tournament, one stroke ahead of Prinsloo, who also fired a 66, but paid the price for only being able to par the last three holes, following a streak of three successive birdies from the 13th.

The 38-year-old Dingle, meanwhile, picked up a crucial birdie on the par-five 17th, having also birdied the par-four 15th.

Earlier Bradley, who began eagle-birdie for a phenomenal start, and then picked up two more shots on the front nine, had taken the lead on 15-under with back-to-back birdies on the 12th and 13thholes. But disaster then struck for the 27-year-old from Royal Cape Golf Club as he left the par-three 14th hole with a triple-bogey six. It killed his challenge and he ended with a three-under 69 to finish four strokes back on 12-under-par.

The day belonged to Dingle, however, who, despite several close misses and the frustration that brings, peacefully went about nailing down his first win in his 192nd Sunshine Tour event.

The Silver Lakes Country Club golfer dropped just one shot on the final day, at the par-four seventh, and despite the pressure put on him by both Prinsloo and Bradley when they were running hot, Dingle kept his cool superbly during the closing holes.

Overnight leader Danie van Niekerk had a tough day, capped by a double-bogey seven at the 17th, to finish with a 75 that dropped him into a tie for seventh place on eight-under with Harry Konig (67), Luke Jerling (69), Herman Loubser (69) and Rourke van der Spuy (71).

Malcolm Mitchell (67) and Luca Filippi (68) enjoyed excellent final rounds as they climbed into a share of fifth on nine-under, while Rupert Kaminski was alone in fourth on 10-under-par after shooting a 69 on Saturday.