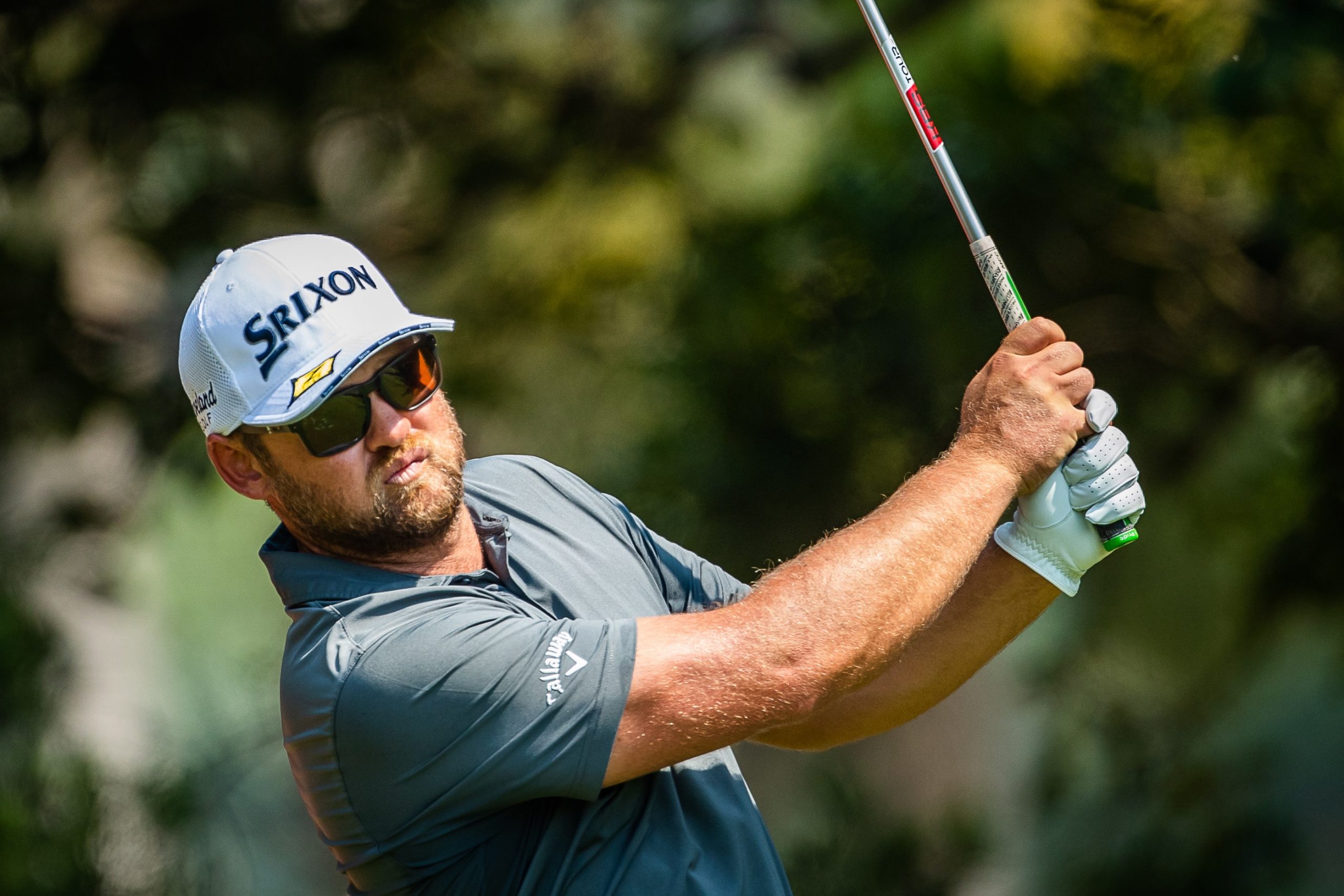 SOUTHBROOM, KwaZulu-Natal – A tip from his friend and close challenger Sean Bradley has seen Danie van Niekerk take a one-shot lead into the final round of the Vodacom Origins of Golf Series San Lameer event on Friday, with the Lichtenburg golfer taking an 11-under-par total into the weekend.

Van Niekerk shot a six-under-par 66 on Friday, the joint best round of the day, to go with his five-under 67 on the opening day, in a remarkable turnaround in form. The 34-year-old has missed his last three cuts, making it eight missed paydays in total this season.

“I felt last week that I played very poorly but my friend Sean Bradley helped me a lot on Monday and Tuesday this week,” Van Niekerk said. “So now I’m just hitting my small fade again and I’ve stopped trying to hit the ball both ways.

“San Lameer Country Club does suit me because I don’t really hit it long but I just focus on keeping the ball in play, but the big thing is I found my swing again.

“I started quite slowly today with four pars, but then I picked it up with four birdies in a row from the fifth. I’m very happy with the way I played, although I got a bit nervous on the last couple of holes and bogeyed the last.

“It’s the first time I’m leading a Sunshine Tour event and it feels good. I’m pretty excited about the final round and I will have the exact same game-plan: Just try and keep it in play and make some putts,” Van Niekerk said.

Wynand Dingle shared the overnight lead on six-under-par and he roared to nine-under early in the second round by birdieing three of his first four holes, having teed off on the 10th. He suffered the frustration of dropping a shot at the par-five 17th, but three more birdies on the front nine saw climb to 11-under. But then there was more frustration with a bogey on the par-three ninth hole, his last.

The 38-year-old Dingle goes into the final round just a shot off Van Niekerk’s lead and has been rampant in terms of consistency this season – he has made eight successive cuts now and has seven top-20 finishes in 11 events. His hopes of a maiden Sunshine Tour win have so far been thwarted, but he will be focused on stopping that on Saturday.

Bradley is in a tie for third, two shots back on nine-under, with Jaco Prinsloo, who raced up the leaderboard with a 67 on Friday.

Bradley’s 69 was a continuation of the good form he showed in finishing third in the Gary and Vivienne Player Challenge last weekend at Selborne Park Golf Club, and the 66 he shot in the first round at San Lameer.

Of the other golfers who shared the first-round lead, Ockie Strydom endured a disappointing day with just two birdies and three bogeys seeing him slip down into a tie for 12th on five-under; a double-bogey on the par-three 16th saw Herman Loubser also shoot a 73 to lie five-under, and Doug McGuigan also posted a 73 to be in that tie.

But the biggest exasperation of all was Matthew Spacey’s as he crashed to a five-over 77 and finished on one-under to miss the cut by a stroke. Double-bogeys on the fourth and seventh holes were his downfall.