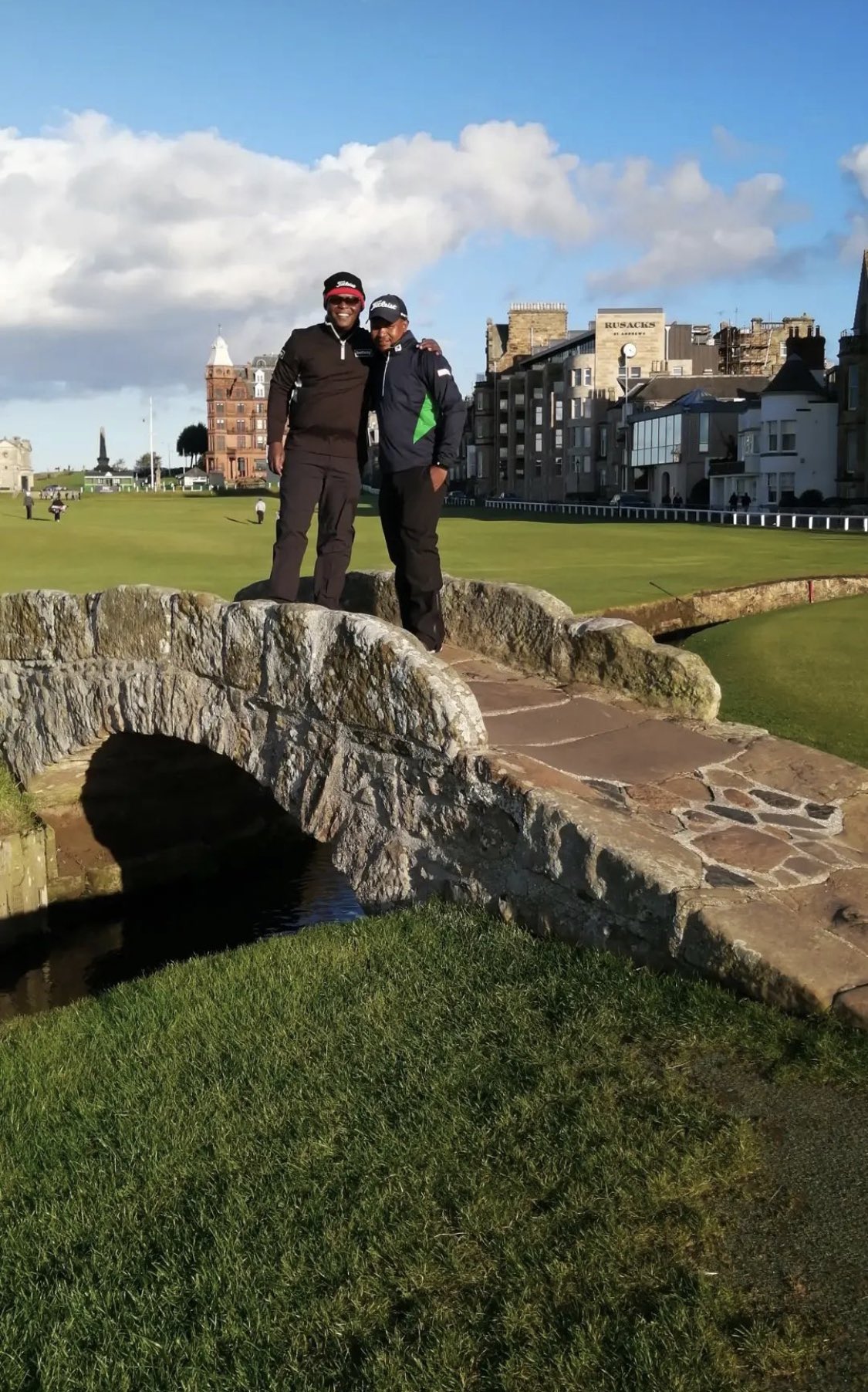 ST ANDREWS, Scotland (30 September 2021) â€“ In 2010, Sunshine Tour professional Toto Thimba Jnr. watched Louis Oosthuizen stride to victory in The Open on the Old Course. He watched him walk over the famous Swilcan Burn bridge on his way up 18. And heâ€™ll never forget how Oosthuizen spoke of Nelson Mandela in his victory speech.

Those memories came flooding back to Thimba Jnr. as he walked the same Old Course on Wednesday and stood on that same famous little stone bridge in preparation for his debut in this weekâ€™s prestigious Alfred Dunhill Links Championship.

Thimba Jnr. secured his place in this illustrious field by virtue of his finish on the 2019-2020 Sunshine Tour Money List. And he admits itâ€™s a dream come true to be playing in a European Tour event that has defined itself as the gameâ€™s ultimate celebration of links golf as it is played on the three iconic links courses of the Old Course, Carnoustie and Kingsbarns.

â€œIt reminds you that great things can happen in this game,â€ said Thimba Jnr.

â€œItâ€™s my first time playing the Old Course. Itâ€™s such a privilege and an honour to be playing here. Itâ€™s an amazing feeling.â€

And heâ€™ll carry with him the inspiration of watching Oosthuizen here in 2010.

â€œJust watching Louis walk over that bridge with his caddie Zack, and then his winning speech about Nelson Mandela, was phenomenal. It gives me goosebumps just thinking about it.â€

True links golf is a totally new experience for Thimba Jnr. and one he says heâ€™s going to relish this week.

â€œLinks golf is certainly different, but Iâ€™ll just try and play my best golf this week. Iâ€™m trying not to put pressure on myself because just being here is a privilege. Iâ€™m playing with Daniel van Tonder for the first two rounds, which is good. It helps you relax when youâ€™re playing with your homeboy. So Iâ€™m just looking forward to playing the best golf I can this week.â€

Caption: Sunshine Tour professional Toto Thimba Jnr. (left) and his caddie, Colin, stop for the traditional photo on the famous Swilcan Burn bridge on the Old Course during his practice round before making his debut in this weekâ€™s Alfred Dunhill Links Championship in St Andrews. Credit: Supplied.