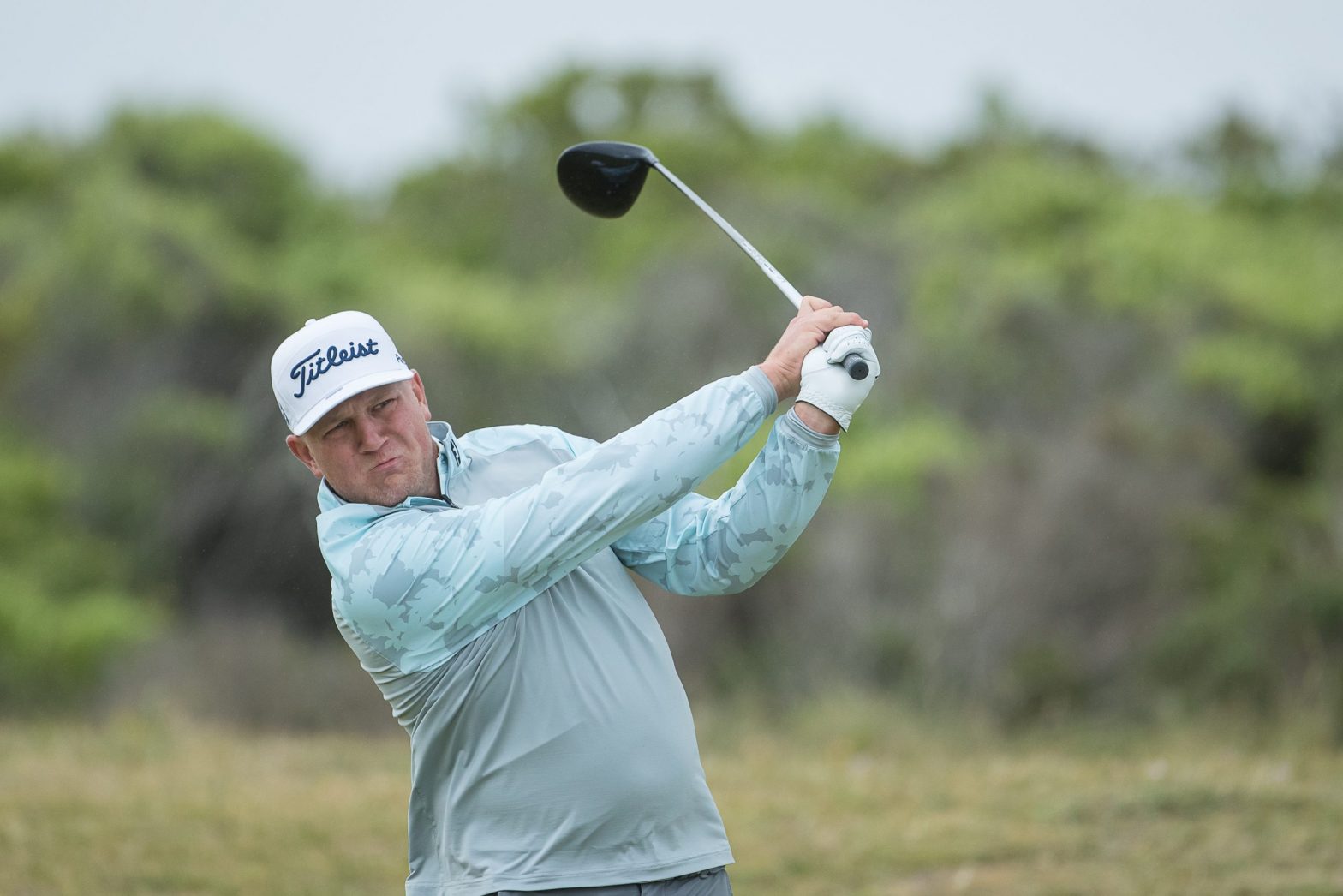 GQEBERHA, Eastern CapeÂ â€“ Tristen Strydom, the 24-year-old from Pretoria Country Club, has been able to supplement his talent with confidence from a fine season and astute course-management, and the benefits showed as he claimed the lead after the first round of the Vodacom Origins of Golf Series event at Humewood Golf Club on Thursday.

In incredibly tough conditions of strong wind and then rain, Strydom fired a superb four-under-par 68 to lead by one stroke from Richard Joubert.

The weather had already turned foul in Gqeberha on the eve of the tournament, so the golfers were expecting the worst when they teed it up at the famous old links course, that was especially wind-blown on Thursday.

Strydom and Joubert were together in the first group off and Strydom did not make a good start, missing a short putt for bogey on the first. But, remarkably, it was to be his only dropped shot on the day as he showed great composure to refuse to get flustered.

â€œWe knew on Wednesday already that it was going to be pretty bad weather, so I was mentally prepared and just tried to enjoy it as much as possible, just do the best you can. Normally when youâ€™re first out there is less wind, but today it was pumping from the early hours. It was a three or four club wind the whole day, I was hitting eight-irons 110 metres.

â€œI actually hit two great shots on the first, chipped but then two-putted because I missed a really short putt. But in conditions like this you canâ€™t get upset by a bogey on the first hole otherwise youâ€™re just going to make it a much longer day, which doesnâ€™t help,â€ Strydom said.

The in-form Strydom, 10thÂ on the Order of Merit, turned in one-under with birdies on the par-four fourth and par-five seventh hole, before finding another gear on the back nine as he collected three birdies, which he says were products of his good course-management.

â€œRichard Joubert was playing really nicely as well so we pushed each other. It was a really solid round, a good day at the office. I didnâ€™t really hit anything wayward, I made sure I was in good positions and missed on the right sides. All-in-all it was a well-managed round. And luckily I got out dry because it only started raining on my last hole!â€ Strydom said.

Joubert, coming off three successive missed cuts, was one over through nine holes, but finished in scintillating fashion with three birdies and an eagle, on the 17th, in his last six holes.

Botswanaâ€™s Stuart Smith celebrated his countryâ€™s Independence Day by shooting a two-under 70 that gave him third place on his own, while James Kamte and Jake Redman were the only other golfers under-par after positing 71s.