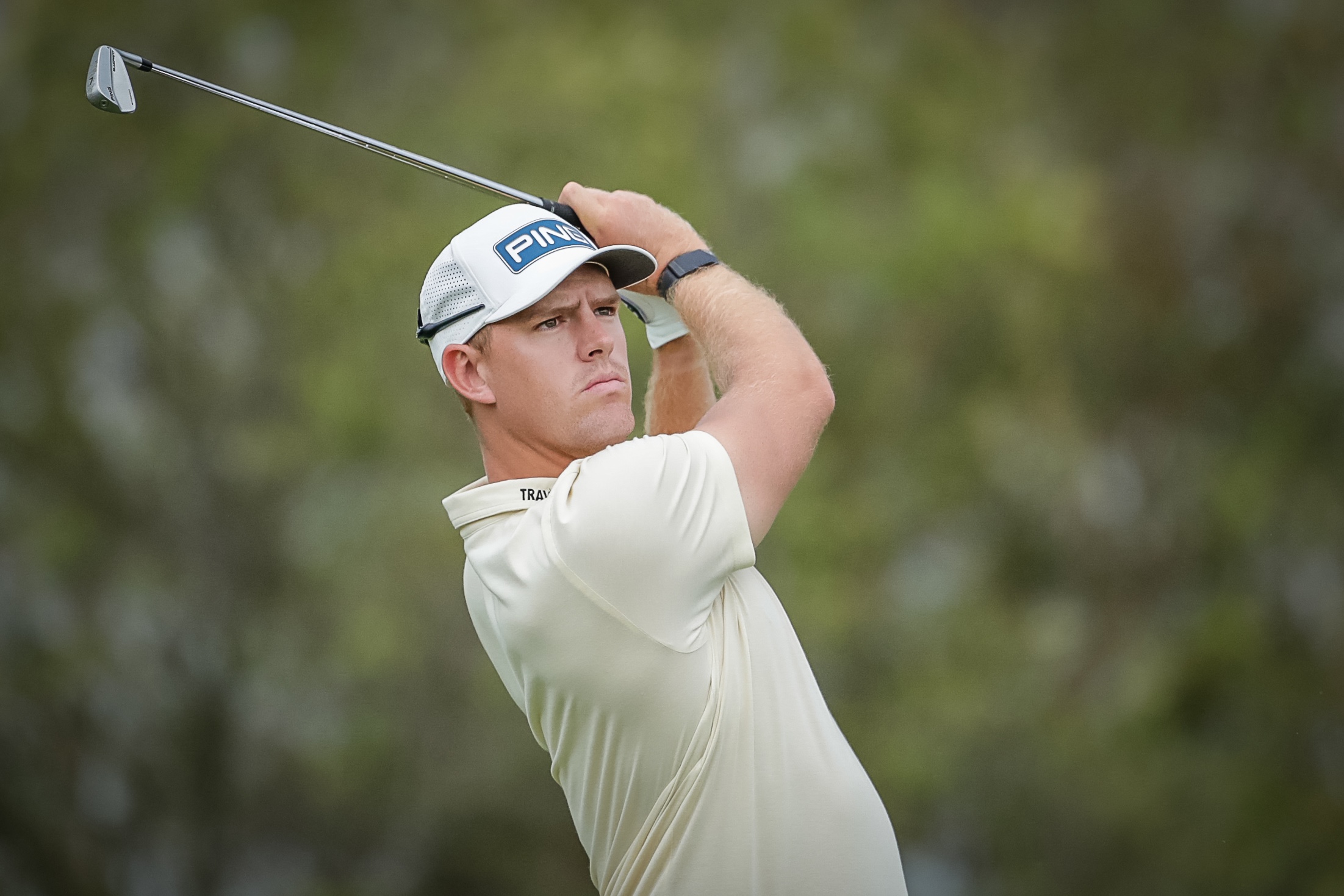 South Africa’s James Hart du Preez said three weeks ago that something had clicked in his game, and it showed at The Club at Steyn City on Thursday when he flirted with a 59 on his way to a nine-under-par 63 and the first round lead of the Steyn City Championship.

Du Preez had one of those memorable days when the hard work of the past few months finally paid off as he teed off at the par-five 10thand immediately made an eagle and two birdies in his first four holes. He was 11 under par and starting to think about a 59, but then closed with two bogeys.

However, that finish did little to detract from a day that was a huge confidence booster for Du Preez.

“It’s still an unbelievable round for me, and probably the most fun I’ve had in tournament golf,” he said as he claimed a one-shot lead over fellow South Africans Shaun Norris and Jaco Ahlers and Italian Nino Bertasio.

“I haven’t had a good stretch of form lately and it’s been difficult. There’s been a lot on the go with the planning to get married and potentially moving over to the United States. So to get the form back has been great.”

It was at the Sunshine Tour and Challenge Tour co-sanctioned Mangaung Open early in March where Du Preez says he felt like he was finally coming out of the slump he was in.

“I missed the cut, but I messaged my coach and said I’d found something. I don’t know what it was. It wasn’t technical. It was more the way I was feeling about the game. It wasn’t like I was searching for anything anymore, and that’s a cool place to be. You can then start to refine your game and your shots and patterns rather than arrive at the golf course and wonder what you’re going to do to try and keep the ball in play.

“Every time you’re in a slump there’s a different recipe to get out of it, but the one consistent thing is to keep going. This game is so hard. You can do all the right things and the results still don’t follow. But you need to just carry on going and stick to the plan. I’ve had a lot of people around me driving home the message that I have been doing the right things, so it’s good to be in this position now. I felt good starting the day. I shot seven under in the pro-am as well. I really enjoy this course.”

Asked whether the two closing bogeys were possibly a result of the pressure he was feeling to shoot a once-in-a lifetime round of 59, Du Preez showed the kind of perspective that he’s playing golf with at the moment.

“With everything that’s going on in the world at the moment, shooting 59 is not pressure. We’re very fortunate to be out here playing golf in a beautiful setting.”