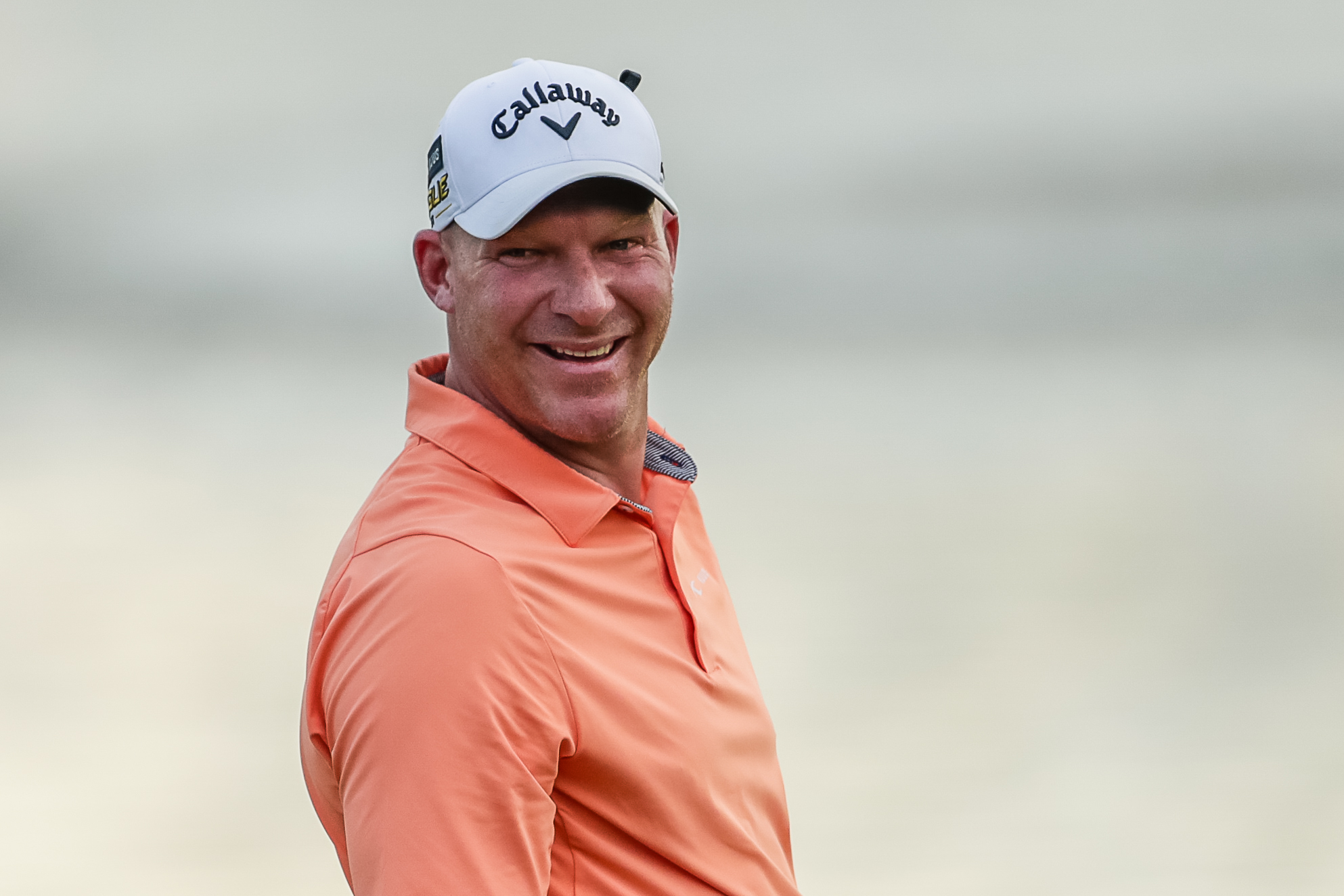 JOHANNESBURG – Shaun Norris had one instruction to his younger brother Kyle who is also his caddie in this week’s Steyn City Championship. “I said to him let’s go out and have some fun,” said Norris. The result was a sublime second-round 62 that has earned him a three-stroke lead going into the weekend of this Sunshine Tour and DP World Tour co-sanctioned tournament.

On a perfect day at The Club at Steyn City when the scores were reaching deeper and deeper under par, Norris climbed to 18 under par overall with a bogey-free round of eight birdies and an eagle.

“Overall my game was great and I gave myself a lot of chances. I’m smiling out there and I’m very happy,” said Norris.

His nearest challenger is James Hart du Preez who set the morning target at 15 under with his 66. And in the afternoon, Dean Burmester moved into a strong position on 13 under par with a 65 that included back-to-back eagles on holes 10 and 11.

It’s set up a tantalising weekend on a golf course that is primed to reward attacking golf.

“My gameplan will stay the same,” said Norris. “I’ll keep smiling, we’ll have fun out there and see what happens. I’m really enjoying being back at home with my family, and my brother and I are having a lot of fun on the golf course as well. He’s also not scared to tell me if he thinks I’m wrong, so we work very well together. It really feels like I’m playing at home.”

Behind him, Du Preez – who is relishing having worked his way out of a slump with such a strong performance this week – is also focused on the enjoyment of the position he finds himself in.

“I’m really looking forward to the weekend. I’m feeling really comfortable with my game. Obviously there will be a few more nerves on the weekend. But to be in this position is a privilege, and if you didn’t feel nerves it would be a little bit weird. It’s going to be a lot of fun over the weekend.”

And Burmester, whose stretch of birdie, eagle and eagle over the turn put him right in the hunt, is exactly where he wants to be going into the weekend.

“I’ve got two more rounds around this beautiful golf course and I’m in contention in this tournament and right where I want to be.” – Michael Vlismas