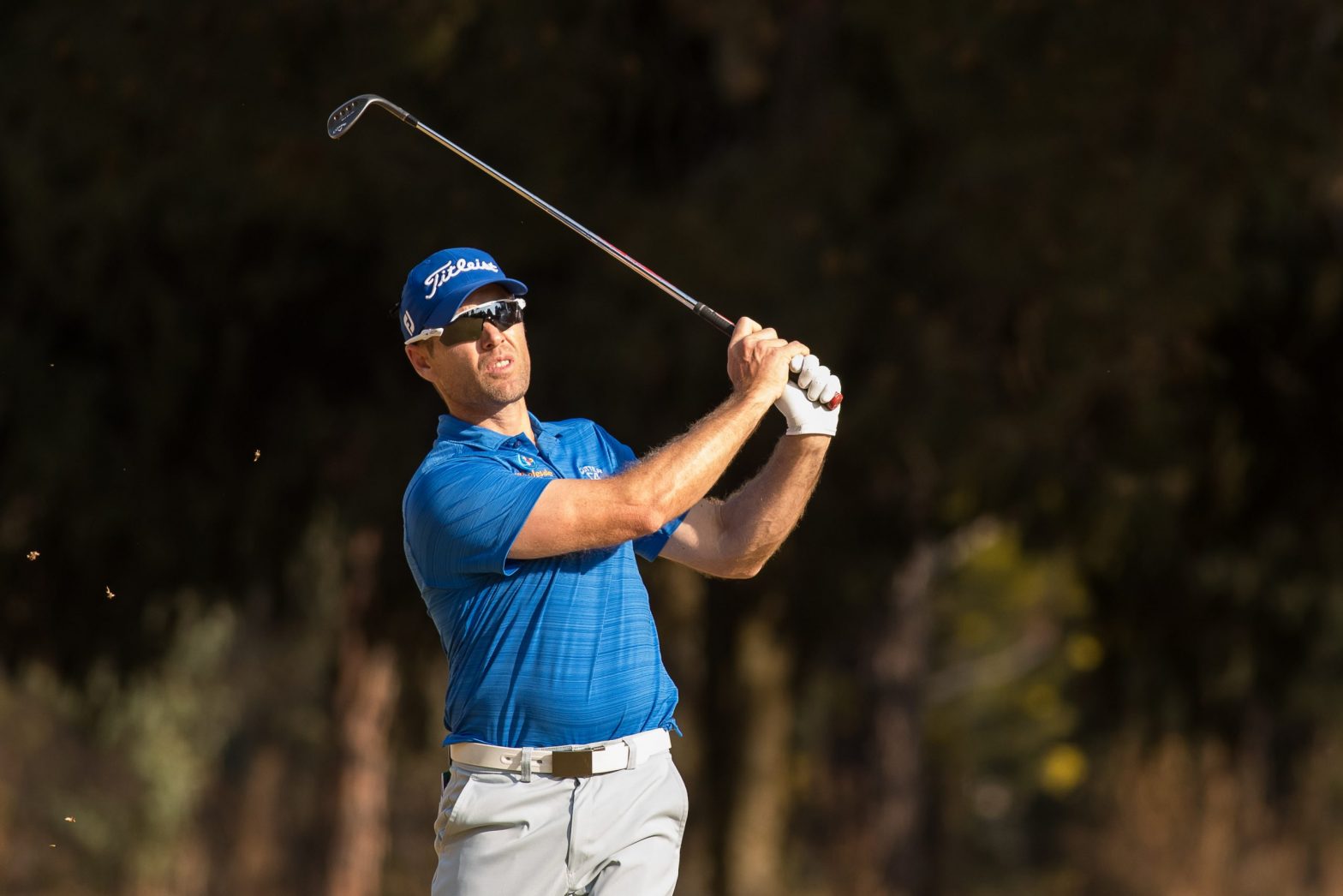 Trevor Fisher Jnr. was delighted to lead the first round of the SunBet Challenge hosted by Time Square Casino after what heâ€™s described as a â€œchallengingâ€ past two years of trying to rediscover his game.

Fisher Jnr. opened with a five-under-par 67 at Wingate Park Country Club on Wednesday and leads the field by a single stroke. Adilson da Silva, Benjamin Follett-Smith and Louis Albertse are his nearest challengers.

The course was tricky on the opening day of this Sunshine Tour event, with a few tough pin placements and a bit of wind to keep things even more interesting.

But Fisher Jnr. started his round in spectacular fashion and was four under par through his opening three holes after holing out with his second for an eagle at the first and then birdying the next two holes. He made a further three birdies and two bogeys for his opening 67.

â€œThat was a dream start. I almost drove the green on the par-four first hole and chipped in there, and then made two great up and downs for birdie at the next two holes. So that was very nice,â€ he said.

Fisher Jnr. is a nine-time winner on the Sunshine Tour and also a European Tour champion after his victory in the 2015 Africa Open. But heâ€™s struggled over the past two years to recreate that form.

â€œThe last few years have been challenging. When Iâ€™m playing well, I feel like I can play against anyone in the world. But I started getting stuck with my swing and itâ€™s been a challenging road to fix that. My technique has been wrong, so itâ€™s hard to stay mentally strong on the golf course when youâ€™re not hitting the shots you want. I feel like Iâ€™ve been doing that for the past two years.â€

But heâ€™s worked consistently at trying to remedy this, and Wednesdayâ€™s 67 was certainly a step in the right direction.

â€œI feel like Iâ€™m releasing better in my swing. Iâ€™m trying to stay patient. This is basically a game of consistency and patience. You have to keep working at it and working at understanding the game.

â€œIt was nice to put it all together today. But this is a long-term process Iâ€™m busy with. Iâ€™m just going to keep trying to get better and better.â€ – Michael Vlismas