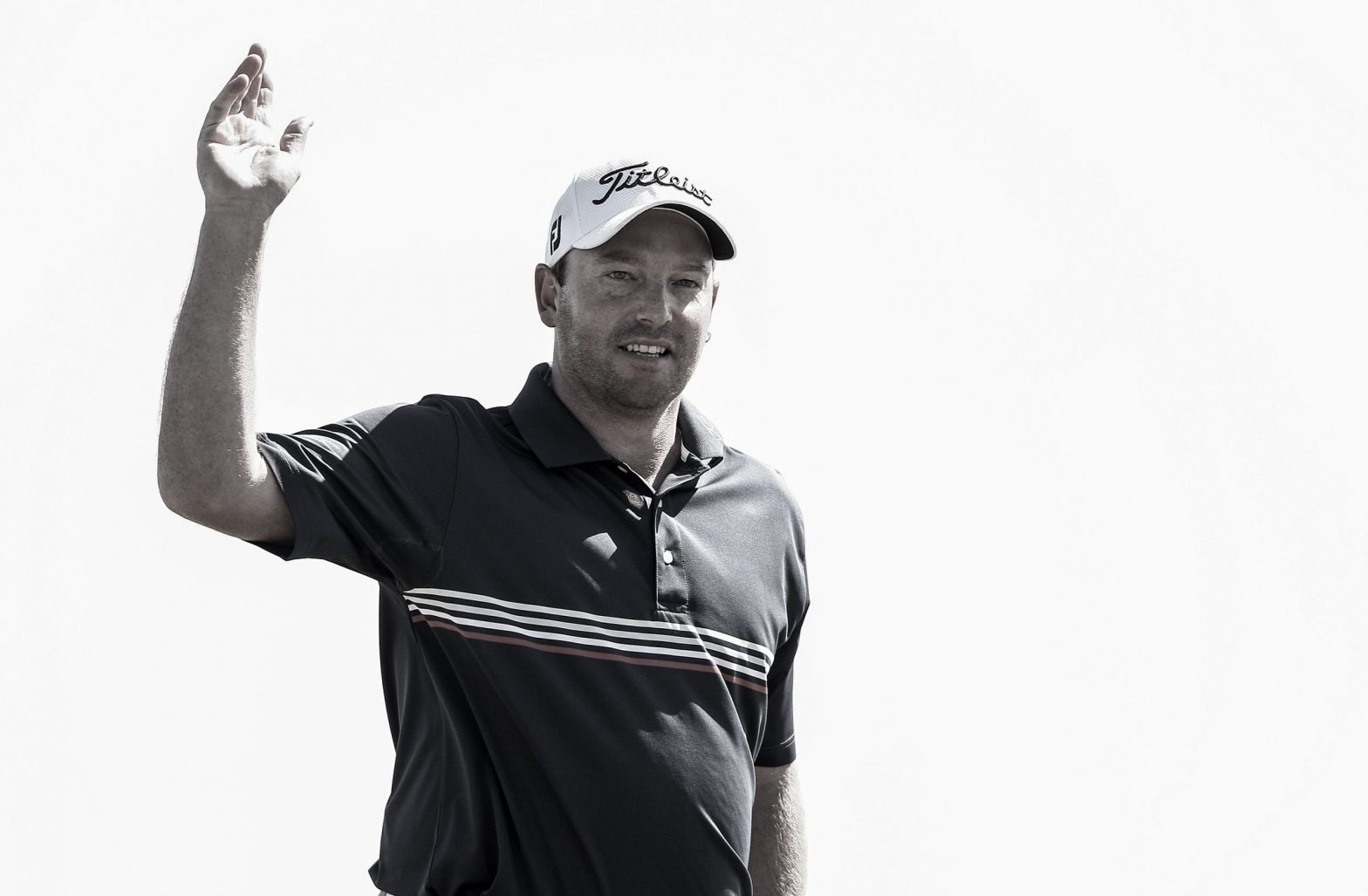 Jean Hugo is often named as one of the most naturally gifted professionals on the Sunshine Tour, even by his peers. But to describe him only as a â€œnatural talentâ€ who has never had to work hard at his craft would be to miss the finer details of what has made him one of the most consistent champions in Sunshine Tour history.

Hugo ranks sixth on the Sunshine Tourâ€™s list of all-time winners. In the context of this weekâ€™s Gauteng Championship presented by Betway which tees off at the Ebotse Links on Thursday, Hugo perfectly represents Gautengâ€™s slogan as â€œThe Home of Championsâ€.

The 45-year-old won everything he could locally as an amateur, including the South African Amateur in 1998 and 1999. He represented the country as a member of a 1998 Eisenhower Team that included Trevor Immelman, and in a tournament which that year included Luke Donald, Aaron Baddeley, Sergio Garcia, Henrik Stenson and Matt Kuchar.

In 1999 he finished ninth in the South African Open at Stellenbosch Golf Club, while still an amateur. He ended that week one shot behind Ernie Els and Thomas BjÃ¶rn, and five shots behind champion David Frost. He turned professional after this, making his debut in no less than The Open at Carnoustie that year but missing the cut.

A month later Hugo finished fourth in the Challenge Tourâ€™s Norwegian Open. Back home on the Sunshine Tour he won the Zimbabwe Open in his rookie season. In 2000, a victory and four top-10s on the Challenge Tour earned Hugo his European Tour card, bypassing the gruelling experience of Qualifying School. As they say in the classics, he went straight to the â€˜Big Showâ€™.

He has had eight top-10s on the European Tour, but has yet to win there. And he has won 19 times on the Sunshine Tour, the most prolific of which was in 2010 and 2011 when he won six times. In one of those, the 2010 Vodacom Origins of Golf at Copperleaf, he shot a final round of 62 to beat Charl Schwartzel by one stroke.

But Hugo offers incredible insight to the notion that all of this has been fuelled only by the kind of natural talent Ernie Els once admitted surpassed even his own.

â€œWhen I was younger and turned pro in 1999, the game felt easy and exciting. I couldnâ€™t wait to turn pro just to see how good I was compared with the rest. Winning my first event on the Sunshine Tour in 1999 felt natural, and it felt like I belonged. It came easy. But I was never over-confident. So Iâ€™ve obviously been blessed with natural talent, but that doesnâ€™t mean I didnâ€™t work at it,â€ he says.

Hugo is the boy who, with his brother, discovered golf by pure chance.

â€œNobody in my immediate family played golf. Then one December holiday we went and stayed with my grandparents in Humansdorp. My grandfatherâ€™s neighbour was a golfer. He gave my brother and I a five iron and a few balls, and we would go down to the Gamtoos River, which was mostly a dry riverbed, and hit balls. Thatâ€™s how it started.â€

Another common misconception about Hugo is that heâ€™s the guy who loves his braai and a brandy and Coke, and the next day can just waltz onto the first tee and shoot a little 62.

Itâ€™s definitely not an analogy Hugo agrees with, but heâ€™s made peace with the fact that this is often how heâ€™s viewed.

â€œIâ€™m not a dop and golf guy. Iâ€™d love to lose that tag of being a natural golfer who doesnâ€™t work hard, but I suppose misconceptions are part of the game. I have balance, because thatâ€™s what my father taught me. He always used to say you can do what you like as long as you have balance. So go out with your friends, but make sure your homework is done for school the next day. Iâ€™m able to enjoy myself off the course, but it doesnâ€™t get in the way of my preparation because I have a job to do when I get out there.â€

In a sense, itâ€™s reminiscent of Els himself. Despite the tag of being a man who loves life and lives large, those close to Els will tell you nobody works harder at the game than he does, or spends more time practising than he does.

In the case of Hugo, that early blaze of talent and success created an expectation amongst his fans, which perhaps they feel has not been met. Hugo admits he thinks about this himself, but has no regrets.

â€œIf I worked then like I do now, maybe I couldâ€™ve done better. I wouldâ€™ve loved to have been better at what I did when I was younger. You always have the what-ifs about the European Tour.

To be honest at that stage I didnâ€™t even think about the PGA Tour. I was offered two bursaries to colleges in the United States, but turned them down to stay here and study in Stellenbosch. Remember, golf wasnâ€™t as big a school sport then as it is now. When I was at school, our Science teacher would kind of be the golf coach or in charge of golf. It was a different time. I shouldâ€™ve gone to the US, because at Maties I played rugby and wasnâ€™t just focusing on golf like I wouldâ€™ve done in the United States. It was quite daunting for me to go and study overseas. But I donâ€™t have regrets.â€

And, with a Sunshine Tour career that has earned him almost R12 million in prize money, he also has no desire to chase a European Tour dream now either.

â€œFor me, right now, I donâ€™t need to be overseas. I donâ€™t feel the pull to go to the European Tour or Qualifying School. You know, a Tour School card is very hard to keep because you only get limited starts and in the smaller tournaments.â€

In his last year on the European Tour in 2016, Hugo played 18 tournaments. He made the cut in eight of them, with one top-10, and earned a little over R1.5 million for his efforts. In comparison, in 2015 on the Sunshine Tour, the 21 tournaments he played earned him just under R1.2 million. While the rewards at the highest international level are obviously far greater, the sums Hugo was doing werenâ€™t adding up in terms of the effort involved to play overseas.

â€œI kind of lost a bit of interest going back there. For now, Iâ€™m living life in South Africa and enjoying raising my kids, Victor (8) and Daniel (6). I think Iâ€™m as good a golfer as I was, and I just feel blessed to still compete. For me, itâ€™s about going out there and proving my worth on the Sunshine Tour.â€

The game has certainly changed, and heâ€™s witnessed this.

â€œItâ€™s changed a lot in terms of the equipment. I canâ€™t shape the ball like I used to because the equipment doesnâ€™t allow it. Iâ€™m a shotmaker, and I enjoy shaping the ball. While still an amateur, I once had the opportunity to play a round with Gary Player at Erinvale. Mr Player was shaping all of these shots, and I could do the same and enjoyed it. I just couldnâ€™t explain how to do it. Iâ€™m not a very technical golfer. But my feeling is that for all the aspects of your game to be competitive, you need a feel for every shot. Thatâ€™s talent. Thatâ€™s golf. We forget how to just play the game and want to be so technical.â€

Itâ€™s this kind of wisdom that Hugo enjoys passing on to some of the younger stars on Tour, many of whom gravitate to him.

â€œI have a lot of young friends on Tour because I like helping where I can. And weâ€™ve got such stars out there like Garrick Higgo, Jayden Schaper, Wilco Nienaber and others. Hennie du Plessis is also something very special. If we can support them and get them out there, itâ€™s only going to be good for our Tour.â€

And as he prepares to tackle the youngsters yet again in this weekâ€™s Gauteng Championship presented by Betway, Hugo does so as a man very much content with his life.

â€œI often still look at my trophies and tournaments Iâ€™ve won for inspiration. When I see that, itâ€™s amazing for me. Iâ€™ve had a good career. Iâ€™ve got a great life now and want to see my kids grow up. Iâ€™m a happy golfer and a happy dad. Happy and blessed.â€