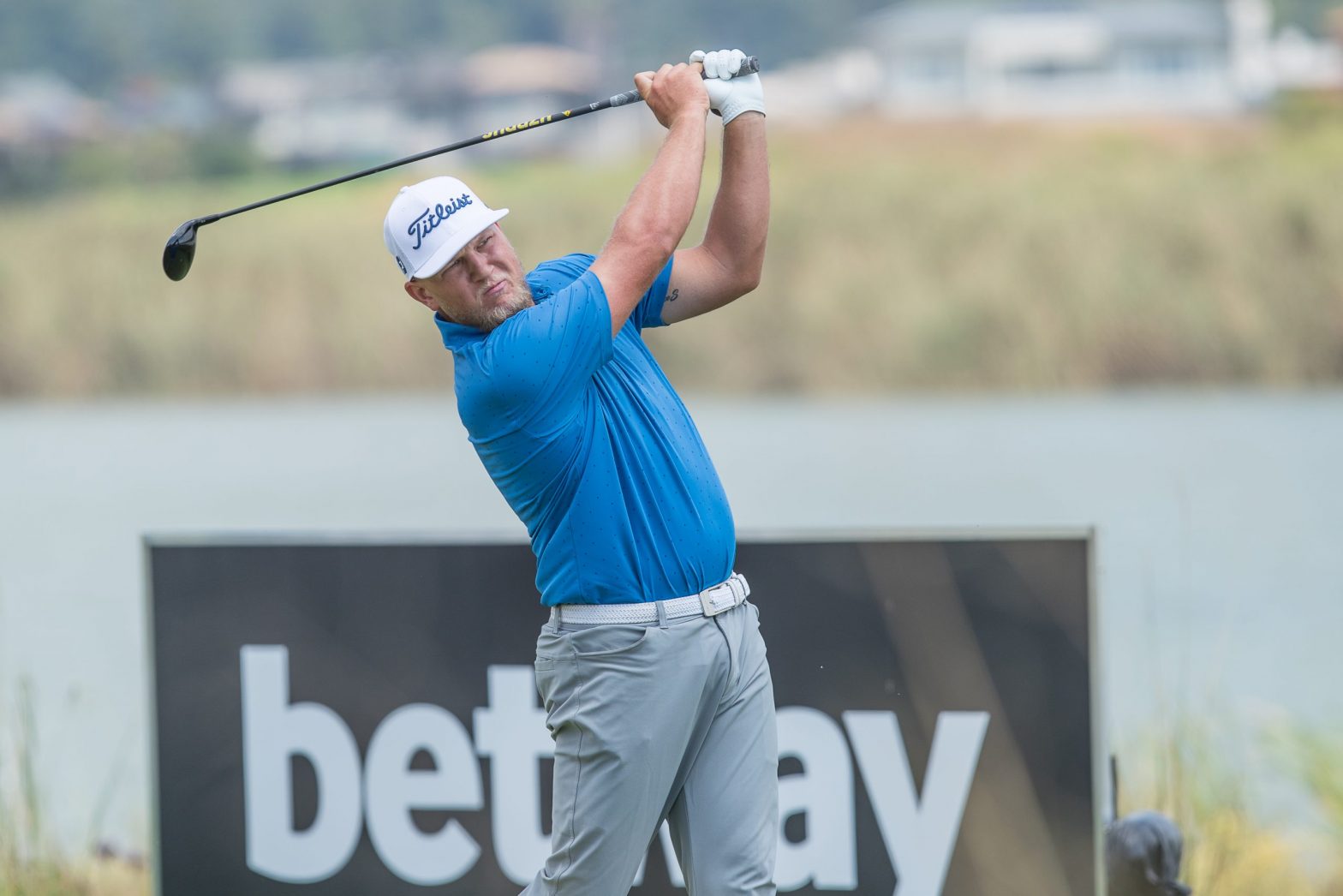 Tristen Strydomâ€™s consistent rise in form carried him to the top of the leaderboard after the first round of the Gauteng Championship presented by Betway at the Ebotse Links on Thursday.

Strydom opened with a bogey-free eight-under-par 64 to lead the field by a single stroke in this Sunshine Tour event. He turned at three under, and then made four consecutive birdies from the 10th and finished with a birdie on 18 to take the lead.

Kyle Barker is his nearest challenger after a first round of 65.

Jaco Prinsloo, last weekâ€™s winner of the Players Championship at Dainfern, was tied for the lead with Strydom playing the par-five 18th, but double-bogeyed the hole to finish the day on six under with a 66. It was a disappointing end to a round that saw him climb the leaderboard with six consecutive birdies over the turn as he continued the form that earned him his second Sunshine Tour title last week.

But Strydom has long been hungry to translate his prodigious amateur success into professional success on the Sunshine Tour since he turned professional in 2017, and feels he edging ever closer to that goal.

â€œIt was a great way to start. I havenâ€™t been starting tournaments too well of late, and itâ€™s good to get those first round woes oout of the way. Weâ€™ve been playing tournaments for three weeks now and the first couple of events there was still a bit of rust. But today I was really comfortable. I really putted well and holed some nice putts. No bogeys also helps.â€

Since the Tourâ€™s return following lockdown in August last year, Strydom has been making a strong push for a maiden Sunshine Tour title and came close in last Septemberâ€™s Titleist Championship on the Rise-Up Series before finishing second to George Coetzee. This year heâ€™s been on an upward curve, finishing tied ninth in the Kit Kat Group Pro-Am and then tied sixth in the Players Championship.

But Strydom is not about to get ahead of himself after the first round.

â€œIâ€™m just trying to control what I can. Thatâ€™s my mindset. Iâ€™m not too worried about results but more concerned with sticking to what I believe in and enjoy. I refreshed my body and mind in December and itâ€™s been good to play without any doubts in my mind. Itâ€™s only the first day so I wonâ€™t make too much of it yet.â€

The 55-year-old James Kingston is also continuing his resurgence. After challenging for the lead in last weekâ€™s Players Championship before falling back on the weekend to eventually finish tied 27th, the former European Tour campaigner started strong again at Ebotse. Kingston opened with a bogey-free six-under-par 66 that places him tied third with Prinsloo and Paul Boshoff.