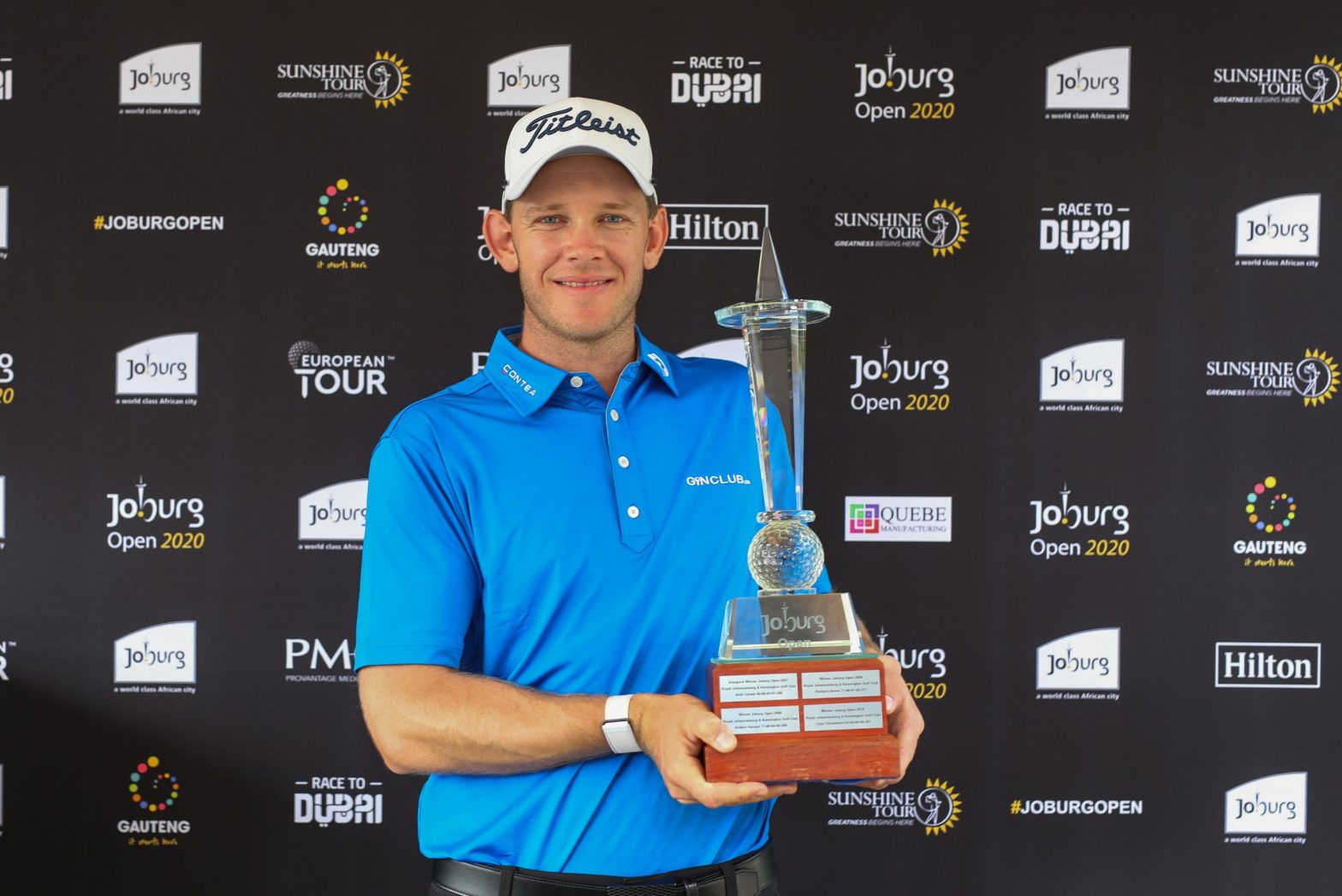 Denmarkâ€™s Joachim B Hansen produced a strong back nine of three birdies in five holes from the turn to win a tense final-round battle with South Africaâ€™s Wilco Nienaber and claim his maiden European Tour title in the Joburg Open at Randpark Golf Club on Sunday.

Hansen closed with a composed 67 to win on 19 under par, with Nienaber taking second place on 17 under after a 70 and following a classic back-nine battle for this title.

Hansen went into the final round one shot behind the 20-year-old Nienaber. The South African made three consecutive birdies from the fourth hole to move ahead of the field and looked to be headed for his breakthrough victory on the European Tour, while Hansen could only respond with one birdie on the front nine.

â€œWilco played really solidly and holed some good putts for pars and birdies that kept him going and he didnâ€™t let me in. So I had to do it myself with a strong finish,â€ said Hansen.

The Dane finally made his move with birdies on holes 10, 12 and 14 to tie Nienaber on 19 under par. And the young South African then faltered coming in with bogeys at 17 and 18.

â€œIt was a fun battle out there with Wilco. I kept the head calm out there and we stuck to the plan in terms of where we wanted to hit our drives and approaches. I kept pushing. It started slowly but suddenly the birdies came on the back nine.

So unflappable for most of the final round, Hansen felt his emotions coming to the fore on the 18th and then as he greeted his wife Elisabeth via a Zoom call on a laptop on the side of the green.

â€œThe emotions came out there. Iâ€™m just pleased to get it done after a few near misses. Iâ€™m pleased to prove to myself I can win out here,â€ he said.

Nienaber was able to take some positives from his experience.

â€œWinning is the nicest, but all credit to Joachim. Iâ€™m happy with the way I played. I just made two mistakes at the end, but next week is another week. This is my first runner-up on the European Tour, so Iâ€™m happy with that,â€ he said.