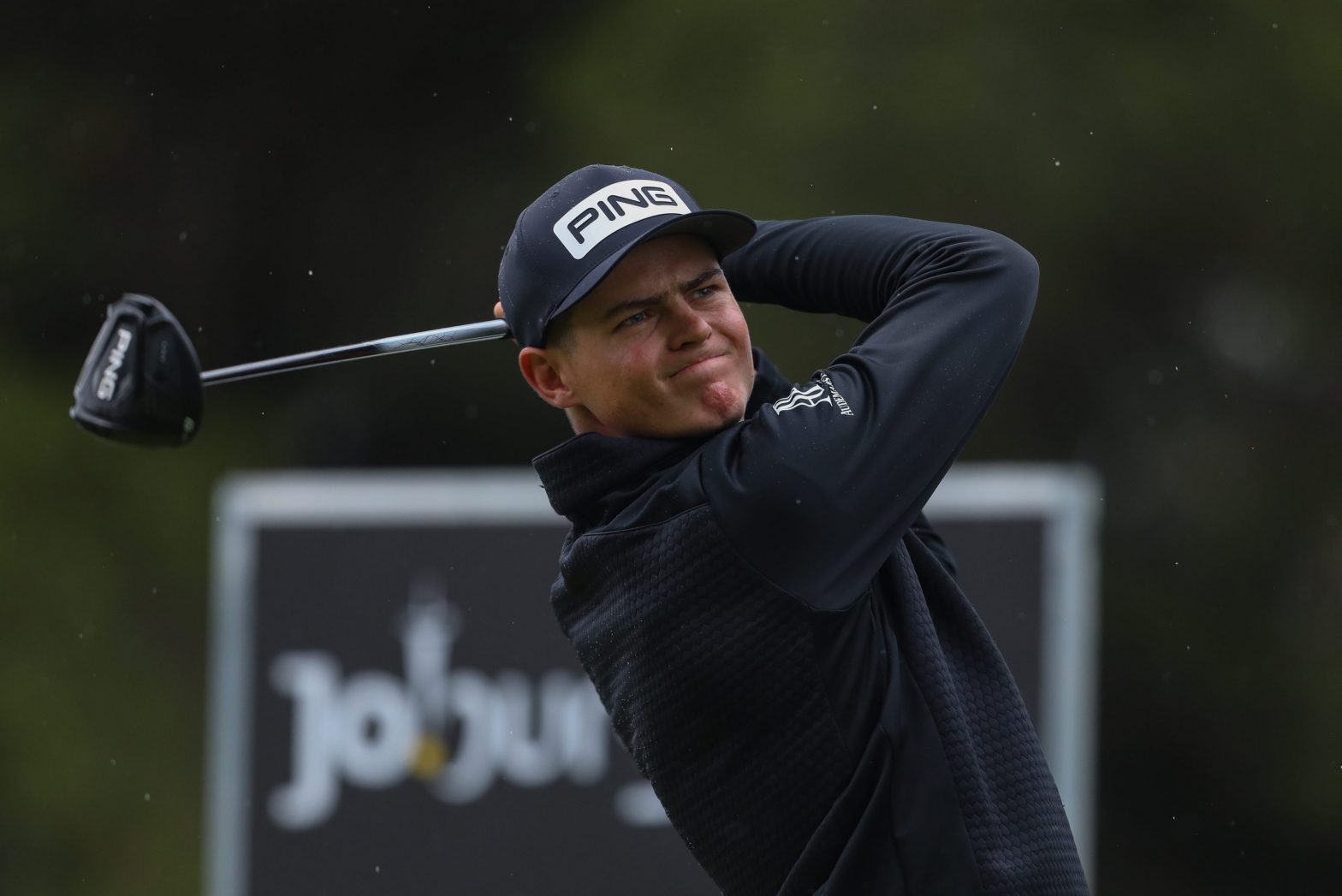 South African Wilco Nienaber is on the brink of a maiden European Tour title as he heads into Sundayâ€™s final round of the Joburg Open with a one-stroke lead at Randpark Golf Club.

The 20-year-old South African signed for a third round of 67 in Saturdayâ€™s wet weather to top the leaderboard on 16 under par. His nearest challenger is Denmarkâ€™s Joachim B Hansen following an impressive 64 in the difficult conditions.

South African Brandon Stone also posted a 64 to join a group of players on 11 under and including countrymen Jacques Blaauw and Shaun Norris as well as Englandâ€™s Richard Bland.

Nienaber overcame a difficult start in which he was one over for his round through the first five holes, and then settled into his rhythm with five birdies thereafter.

â€œIt felt like a struggle, but I holed a few crucial putts that kept the momentum going,â€ he said. â€œBut I enjoyed it a lot out there. It was an interesting day with umbrellas going up and down, and rain tops going on and coming off. But my caddie Jason (Scheepers) has been really good. It felt like he had more than two hands at times because he was carrying so much.

â€œThe final round is going to be great. It will be the first time Iâ€™m in that situation and Iâ€™m just going to embrace it and enjoy it.â€

Hansen is looking to become only the second Danish winner of the Joburg Open following Anders Hansen in 2009. He surged through the field with a front nine of 29 including an eagle and four birdies, and then added a bogey and two birdies on the second nine.

â€œIt was one of those days where the umbrella went up and down about 15 times, but I kept a cool head out there. I played well with some good iron shots. Iâ€™ve played well on this golf course before and I like it here,â€ he said.

Nienaberâ€™s power game, though, has given him a definite advantage this week, and the rest of the field are well aware of what they need to bring to Sundayâ€™s final round.

â€œThere are holes out here where heâ€™s got an unbelievable advantage,â€ said Bland. â€œHe played behind us and some of the tee shots he was hitting on the back nine â€“ itâ€™s not really a fair fight. Heâ€™s only going to move forward and weâ€™re going to have to try and catch him.â€