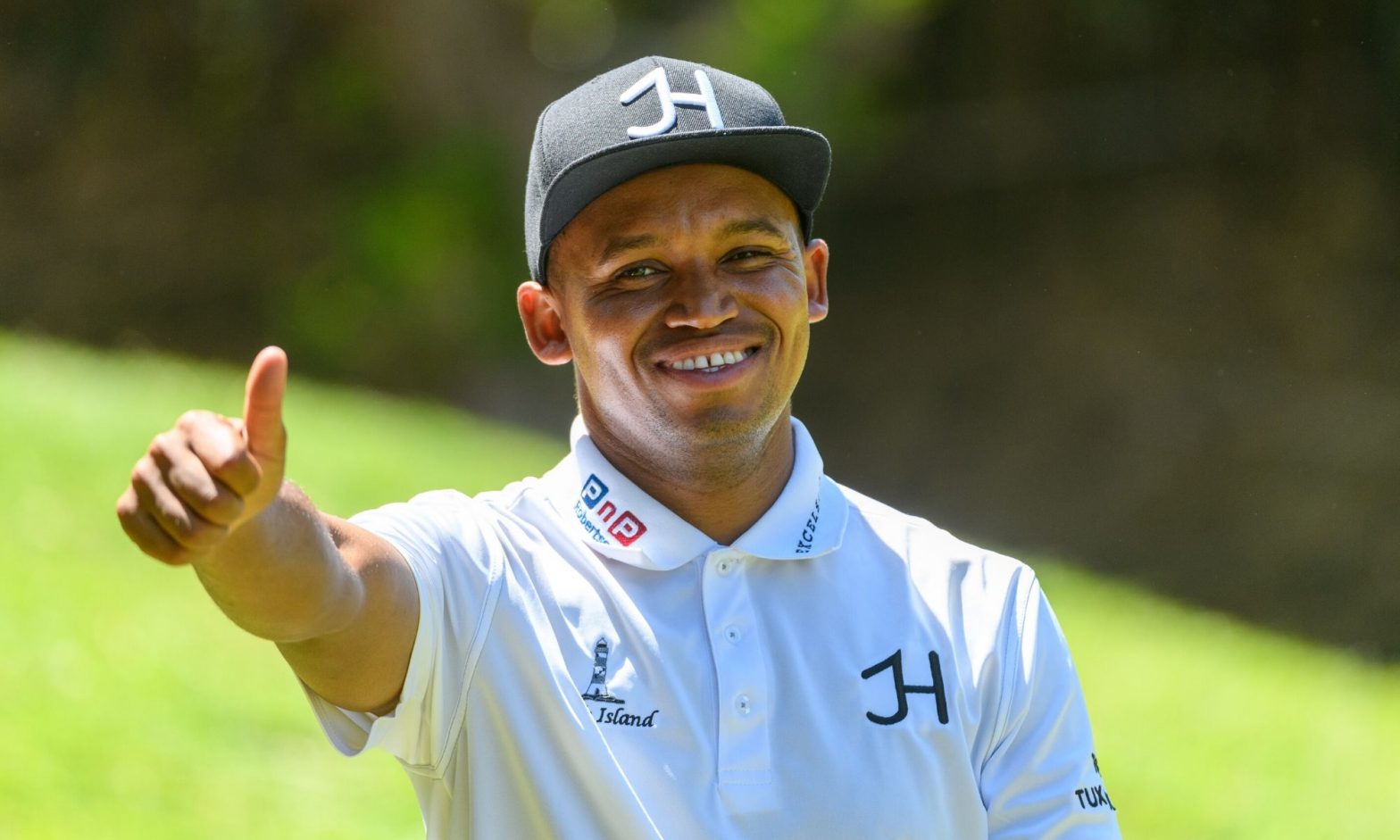 The Vusi Ngubeni Tournament presented by the Sunshine Tour and Petrus Kleinbooi got underway at Soweto Country Club in Pimville, Soweto, on Monday and experienced campaigner, James Kamte co-leads after the first round.

He signed for an opening round of 70, tying that score with Jacquin Hess, and the two of them sit pretty at the top with a two-stroke lead at the end of round one.

Kamte started off nicely, making four birdies in his first four holes of the day and kept things steady on the front nine to turn in 31 and error-free. His solid run continued on the homeward nine, picking up birdies on the 10th and 12th holes before trouble began.

A double-bogey on the par-four 13th hole marked the beginning of problems for the member of the Gary Class, Kamte, and one hole later, another unwanted bogey got onto his card before making another on the last to undo the great work heâ€™d done on the front nine.

Hessâ€™ round was a little different to Kamteâ€™s in that while Kamte started like a house on fire, Hess was slow off the mark, making six pars in a row to get started. He made a bogey on the seventh, and that was soon followed by another dropped shot on the ninth to spell an unhappy front nine for the Robertson Golf Club member.

At two-over-par after nine holes, Hess knew he had to turn things up on the back nine and thatâ€™s exactly what he did. He picked up an important birdie on the par-five 10th and that was followed by three more one after the other as he went on to sign for a 70 to co-lead with Kamte by two shots.

Meanwhile, the final stage of Qualifying School also got underway at Houghton Golf Club. Dangerous weather conditions forced play to be suspended for at least two hours as lightning and thunder hit the area very early on Monday morning.

Eventually, play resumed and surprisingly low scores emerged, with American Brooklin Bailey firing on all cylinders in round one. He signed for a blemish-free seven-under-par 65 to lead by two under tough weather conditions.

He opened his round with a birdie on one and after three straight pars, back-to-back birdies found their way onto his scorecard. After making the par on the seventh, bailey found joy again, birdieing the eighth to turn in 32.

Pars from the ninth to the 12th steadied his round as the weather conditions were getting tougher with the rain seemingly refusing to subside. On 13, Baily found another birdie and that was followed by another, a hole later, before closing off with another birdie to sign for a bogey-free opening round.

Keagan Thomas was six-under through nine holes and looked set to unseat Bailey from the summit of the leaderboard but play was suspended again because of bad light.