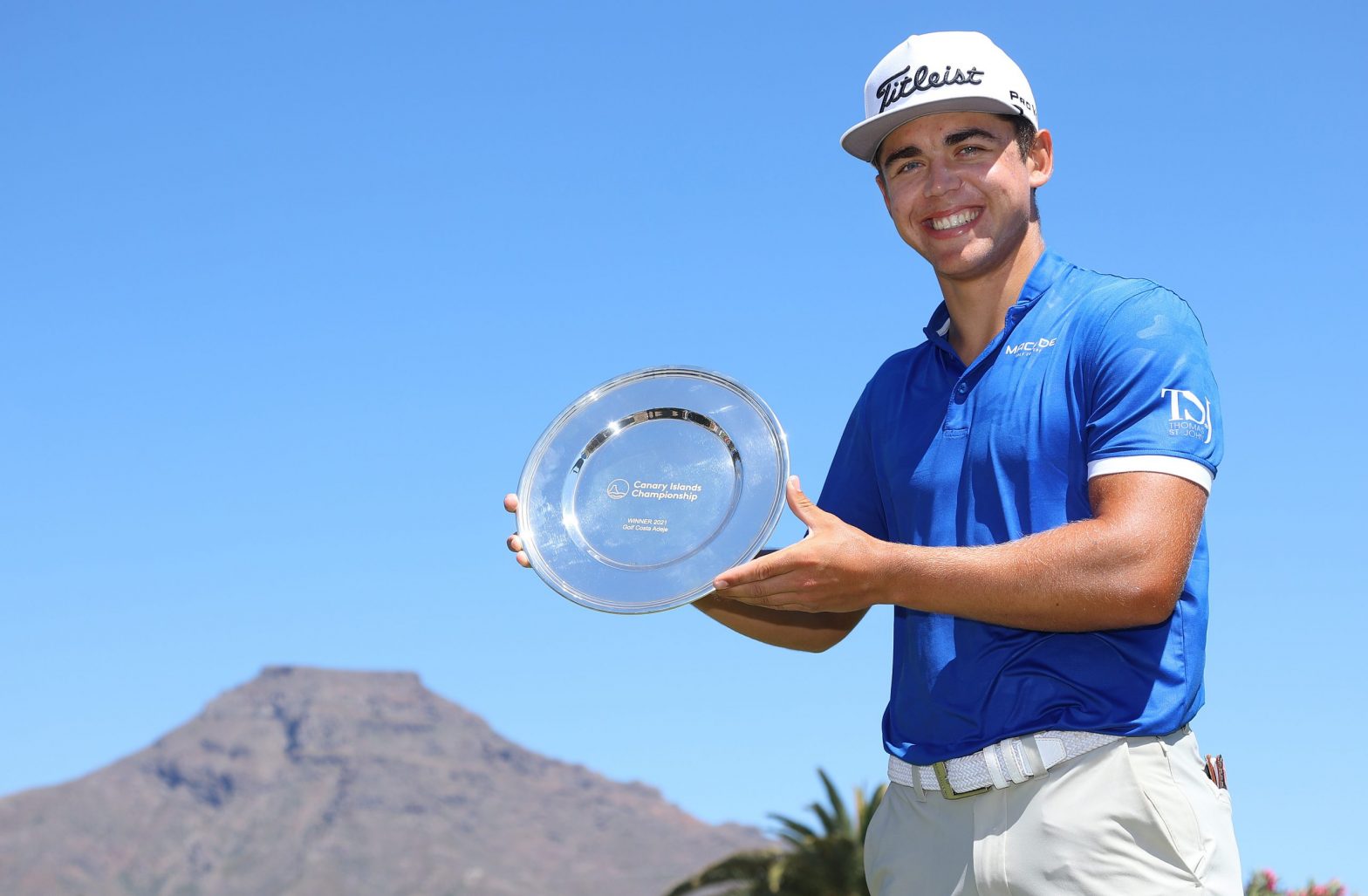 Garrick Higgo continued to write his own chapter in the European Tour history books as he powered to a second win in three weeks at the 2021 Canary Islands Championship.
Just 14 days after he lifted the trophy at the Gran Canaria Lopesan Open with a European Tour record low score of 255, a closing 64 with a hole-in -one moved him to 27 under and handed him a six shot victory at Golf Costa Adeje.
Australian Maverick Antcliff was the nearest challenger, one shot clear of Finn Tapio Pulkkanen, with home favourite Adri Arnaus, last week’s winner Dean Burmester, Dane Nicolai HÃ¸jgaard, England’s Andrew Johnston and Irishman Niall Kearney at 19 under.
But all eyes were on Higgo as he took his score across the 12 rounds of the Canary Islands Swing to 68 under and sent records tumbling.
A third European Tour win in just his 26th event makes him the fastest South African to three wins not including Majors and World Golf Championships, and he also matches the record of Tiger Woods for the fewest number of events needed to claim three European/PGA TOUR wins since 1990.
The 21-year-old also becomes the fourth youngest player to three European Tour wins and beats countryman Burmester’s mark for the largest winning margin on the 2021 Race to Dubai set last week.
With Burmester’s win being sandwiched by Higgo’s two, this is the first time that we have had three consecutive South African winners on the European Tour since 2012, and it is the first time that feat has ever been achieved outside of South Africa.
It has been a remarkable run for South African golf of late, with Brandon Stone, J C Ritchie and Wilco Nienaber also making it three wins in a row for the Rainbow Nation on the European Challenge Tour.
Higgo moves up to fifth on the Race to Dubai Rankings in Partners hip with Rolex and also moves to the brink of entering the top 50 in the Official World Golf Ranking for the first time.
“It feels amazing, I am happy to be done now. I am very tired but really happy and thankful. I did (feel pressure) from the start. It is not easy to lead, the other day was my first time, and in this game anything can happen. It’s unreal. I canâ€™t believe it has happened so quickly again, but my game has been good so I can believe it as well. It feels good. I have been working really hard on a lot of little things and I have also accepted what works for me and kind of stuck with that. I think that has been a big thing. If I donâ€™t play as well, I donâ€™t look for something, so I am
going to try and keep going.” – European Tour
Photo: Getty