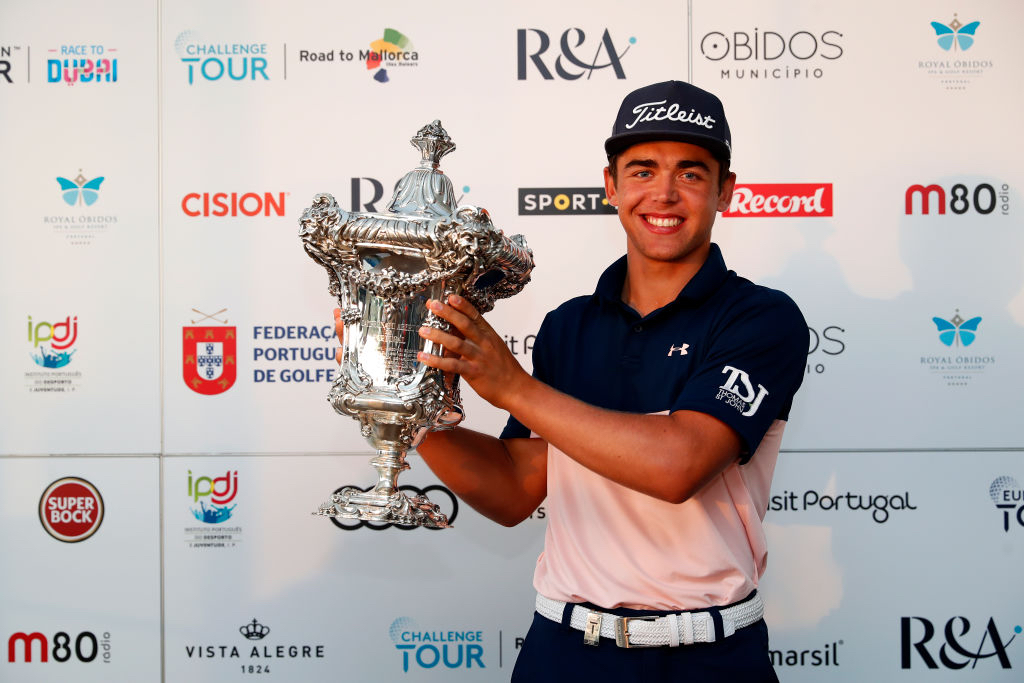 Garrick Higgo made it back-to-back wins on the European Tour for South Africa as he claimed his maiden title on the Tour in the Open de Portugal at Royal Ã“bidos.

Higgo, another member of the highly successful GolfRSA National Squad before he turned professional and then won the Sunshine Tour Rookie of the Year title last season, closed with a stunning bogey-free seven under par 65 to finish on 19 under par, one stroke clear of Spainâ€™s Pep Angles who finished second on 18 under par.

Higgoâ€™s countryman George Coetzee continued his excellent form and followed his Portugal Masters victory last week with a tied for third place at Royal Ã“bidos on 15 under par, alongside Englandâ€™s Andrew Wilson.

â€œIt feels awesome,â€ Higgo said. â€œI thought it was going to be a little bit easier over the last three holes but he [Pep Angles] made it a bit tough. That birdie on the last was really, really nice. I just really enjoyed it and I just made sure I had fun out there. Itâ€™s a funny feeling. Iâ€™m sure itâ€™ll kick in tonight, but for now itâ€™s just nice.

“I could have done even better, golfâ€™s always like that. It was nice. I donâ€™t think I made a bogey in two days, so I was just really, really sharp. My short game was very good, I chipped in three times so every time I was out of position, I made it a â€˜double-plusâ€™.â€

The 21-year-old dropped just three shots during the tournament â€“ a double bogey on his sixth hole of the week and that bogey on the tenth during his second round â€“ and had played only a handful of third round holes when Saturdayâ€™s play was suspended due to darkness.

He returned to the course on Sunday morning and carded a six under par round of 66 to end round three just one shot off the lead, which was held by Portugalâ€™s Vitor Lopes.

Lopes could not continue his low-scoring performance of the first three rounds and dropped off the pace during round four, but Higgo picked up where he left off.

Five front nine birdies, including a chip-in on the sixth hole, saw him make the turn in 31 before further gains on the 11th and the 18th saw him finish on 19 under par.

It was a nervous wait for the Stellenbosch native with Angles playing in the group behind, but when the Spaniard was unable to convert the 35-foot eagle putt he needed for a play-off, victory was secured for Higgo.

Higgo will now receive additional European Tour playing rights after winning in Portugal, an event which was dual-ranked with the European Challenge Tour, and after securing victory he admitted that the feeling had not yet sunk in. – European Tour.