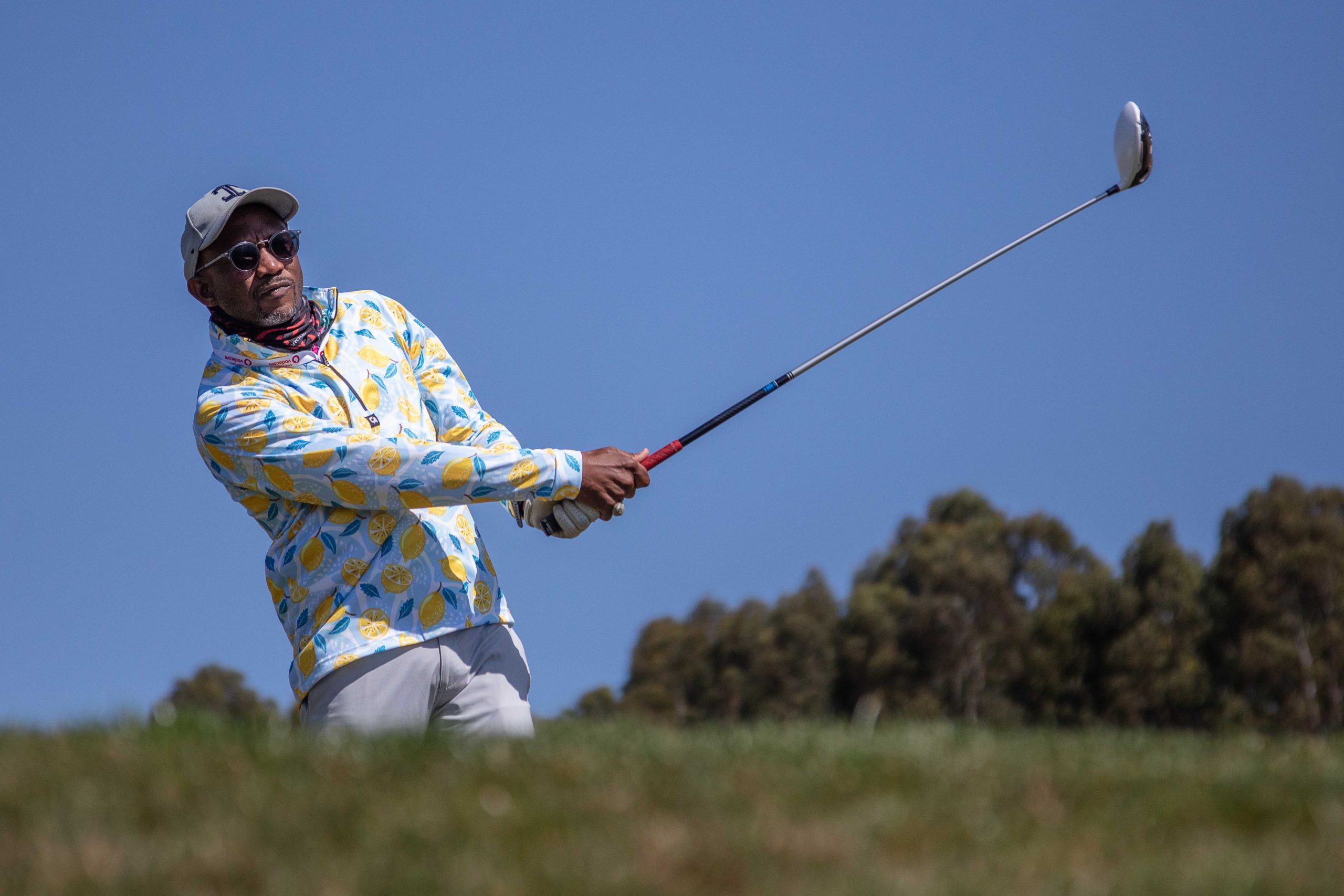 DULLSTROOM, Mpumalanga – The ability of golf to be an agent for good both in terms of communities and individuals is well-known.

The Vodacom Origins of Golf Series is into its 18th season, and in that time it has influenced so many lives and communities for the better. But there is someone playing in the Highland Gate Pro-Am event this week who has been touched by the game in a special way.

David Kau is known for being one of South Africa’s most popular stand-up comedians and he has been an MC at the pro-am dinner for the Vodacom Origins of Golf Series before.

But the 18-handicapper has never actually played in the event before Tuesday, and his excitement was palpable before his round. Mostly because, as he put it, he has “fallen in love” with golf.

A lot of that love comes from the fact that golf helped him through the toughest of times during the Covid-19 pandemic. As an entertainer, he was particularly hard-hit.

“I only started playing golf three years ago, but now I’m like a mad man when it comes to the game,” Kau says.

“During Covid I did a lot of social media work with my 1.4 million followers across platforms, and I kind of survived. But there was never a live audience, so it’s not the same. I refuse to do stand-up comedy in front of a laptop because you never know what people are doing on the other side.

“But golf, mentally, helped me so much when I was not making any money. Those four-to-five hour walks did a lot of good to me. It’s crazy, I’ve played eight times in the last two weeks because I have fallen in love with golf. Mentally it has done a lot for me and I’m also walking seven or eight kilometres so I don’t need gym, unless I go do some weights so my drives can be a bit longer,” Kau laughed.

As a comedian, Kau is aware that the smile on the face is not always indicative of the struggles going on in the interior of a person. Mental health issues are close to his heart, and he recognises the strain that formerly disadvantaged Black professionals can be under as they try to make it in a highly-competitive industry.

“I’ve done a lot of mental health work and before Covid I started getting involved with online therapists, doing podcasts and things. There is definitely a mental health connection to golf.

“Not many of us play better when we’re worried about something, and for Black professionals it’s even more difficult. And you’re on your own out on the course, your coach or psychologist can’t walk on and help you. These are guys who have to use public transport just to train, getting into a taxi with a golf bag. Mentally it’s amazing what sports people go through, but they can get adrenaline from the fans. But some of them play better with a big crowd and others get the jitters,” Kau said.

Although making his Vodacom Origins of Golf Series debut on Tuesday, Kau has played in other pro-ams before and certainly did not have the jitters around the magnificent Highland Gate layout, which provides a stern test nestled inside the Steenkampsberg mountains of Mpumalanga.

He and veteran Sunshine Tour pro Jaco van Zyl were four-under-par and inside the top-20 after the first round.