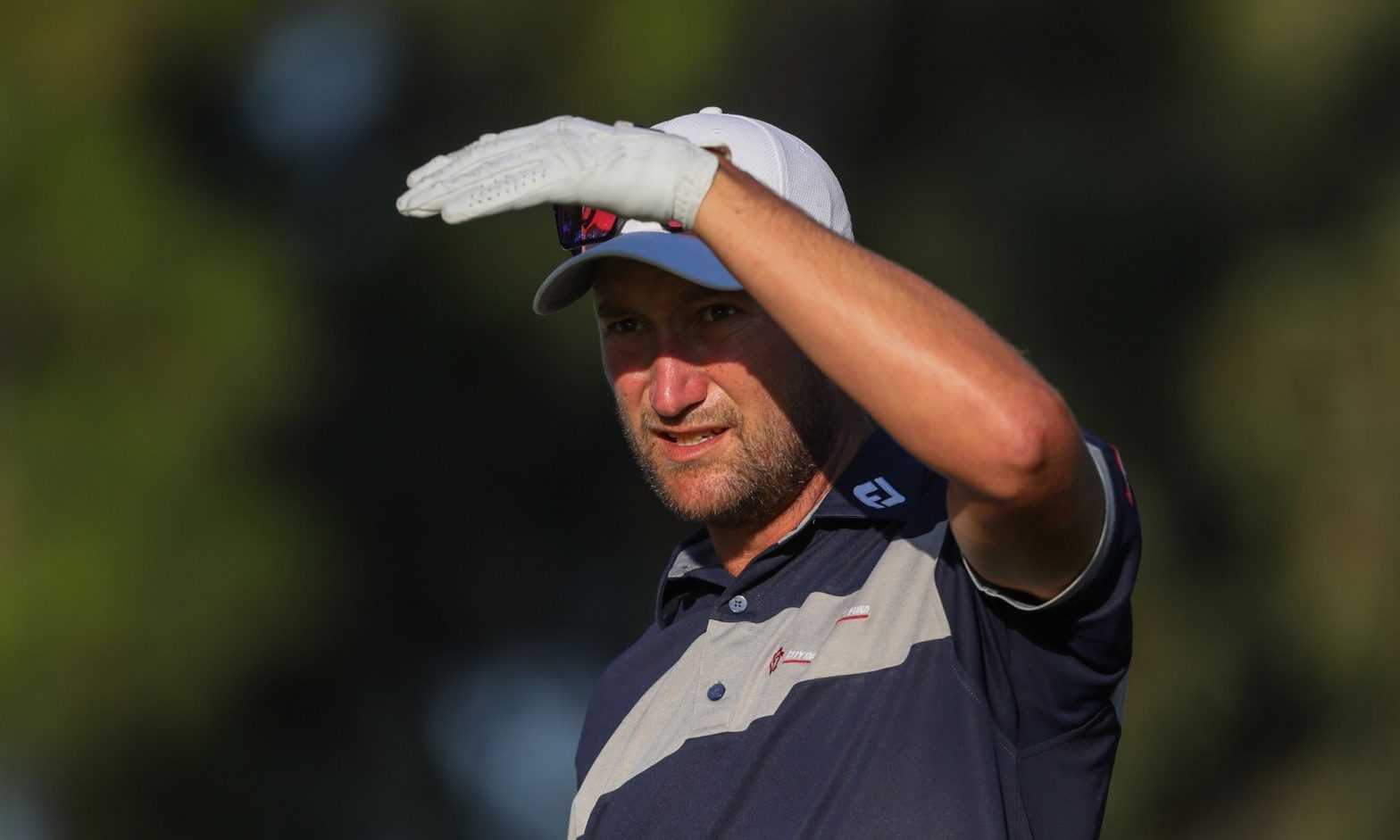 Sometimes the toughest decisions we have to make are the ones that yield the best results.

This year marks a decade since Daniel Greene turned pro and while a win remains elusive for the KwaZulu Natal player, his time on Tour has not been a waste of his time and resources.

With 23 tournament starts to his name in his rookie season back in 2010, Greene made the cut 11 times en route to a 39th place finish in that seasonâ€™s Order of Merit which Charl Schwartzel won by landslide.

The following seasons were so poor, by his own admission and standards, that the time to make that tough decision came to him at once.

â€œI think the first year was good,â€ he says, thoughtfully trying to lay down what he thinks of his decade as a Sunshine Tour professional. â€œand then, the next five years, I think, werenâ€™t so great. I went through a few things; swing changes. So, I would say the first year was great, and the next five, not so great. And then, the last three or four years have not been too bad, considering how much golf I play.â€

Indeed, he has not played a lot of golf in a season in the past three to four years. For that matter, the last time he clocked 20 tournaments in a single season was back in 2014, when he played 20. The previous three seasonâ€™s, heâ€™d taken part in 23, 22 and 23 events, respectively. Why, though, when his rookie season seemed to have gone well?

â€œI work in the winter, selling maize seeds,â€ he reveals, â€œI try to play the summer events and the first few tournaments of the season. As I said, the seasonâ€™s that werenâ€™t so great, I had to make a decision and it helps to have a different stream of income. It also helps when playing in the bigger tournaments and not feeling the pressure of having to play for an income.â€

The decision to play fewer tournaments as a young and ambitious professional should be a difficult one to make, regardless of how badly you may think you perform, and for Greene who had been a sportsman his entire life â€“ having played rugby, soccer, polo, hockey and all other kinds of ball games â€“ to make that call must have been gutting.

â€œIt was difficult then to make the call to play only a few months of the year,â€ he admits, while also noting â€œbut if I had known then what I know now, I would have made the decision sooner.â€

What changed in that space of time that Greene feels he can look back at that decision to split his year between working and playing golf and be proud of himself? Well, he played better and the results improved immensely, even with the few events he played in the four years of work and golf that followed.

Highlights of his 2010 campaign were a runner-up finish in a Vodacom Business event at Humewood and an even more impressive third-place finish at that seasonâ€™s Dimension Data Pro-Am. The next seven years yielded one top-10 finish each and those included a statement-making eighth-place in the Joburg Open, in December of 2017. This was at the back of a 2016 season in which he had finished 53rd on the Order of Merit.

Greene rocked up for the 2018 Eye of Africa PGA Championship with some confidence, and why wouldnâ€™t he; heâ€™d just finished top 10 in a co-sanctioned event (Joburg Open) which earned him his biggest pay cheque to date. A seventh-place finish there and two more top 10s in August and September and to return for the co-sanctioned events.

In 2019 too, he was impressive at Eye of Africa finishing in 3rd place, a 15th spot at the RAM Cape Town Open and the Serengeti Tour Championship in February and March, respectively underpinned another solid finish to the season with few events played.

Since 2015 when Greene finished 76th on the Order of Merit and in what was the last of the seasons heâ€™d finish outside of the top 60 players on Tour, and while working full time (well, at least until the winter is over) he has been a very steady player and always in and around the top 30 position on the money list.

He played 14 tournaments last season and finished 32nd on the money list. The year before that heâ€™d played 17 events and finished 31st on the Order of Merit while he finished in the same position the previous season, with only nine starts to his name.

â€œIf Iâ€™d known then (when he was struggling on Tour) that finding work in the winter would change my game and the way I see the game the way it has, I would have made the decision earlier,â€ Greene says.

Steady as his results have been, thanks to his scheduling and playing fewer tournaments, however, as a competitor and professional, Greene knows that they still havenâ€™t brought home that elusive victory heâ€™s been looking for. He came close in the Kingâ€™s Cup last season but finished runner-up to Jaco Ahlers.

â€œI donâ€™t lose sleep over it though,â€ he says while admitting that he has not given up on winning. â€œI would say Iâ€™ve had quite a few chances to win and I havenâ€™t taken those opportunities yet but thatâ€™s golf. I think every professional golfer wants to win so I know my time will come.â€

A few fun rounds with mates in the winter and a focussed practice regime for summer events which takes up to four hours a day and sometimes for up to six weeks, depending on the available time, is all Greene has in the way of getting ready for tournaments but he doesnâ€™t regret his decision one bit.

â€œI tell some of the guys on Tour that if you can, find yourself some work in the winter but I donâ€™t think itâ€™s that easy to find work where you can just leave for golf and only work for four months of the year. But if I had known what taking a break from golf and going to work and coming back fresh would do for my golf, I certainly would have done it earlier. For me, I feel like the pressure is less when you know youâ€™ve got another stream of income somewhere else.â€