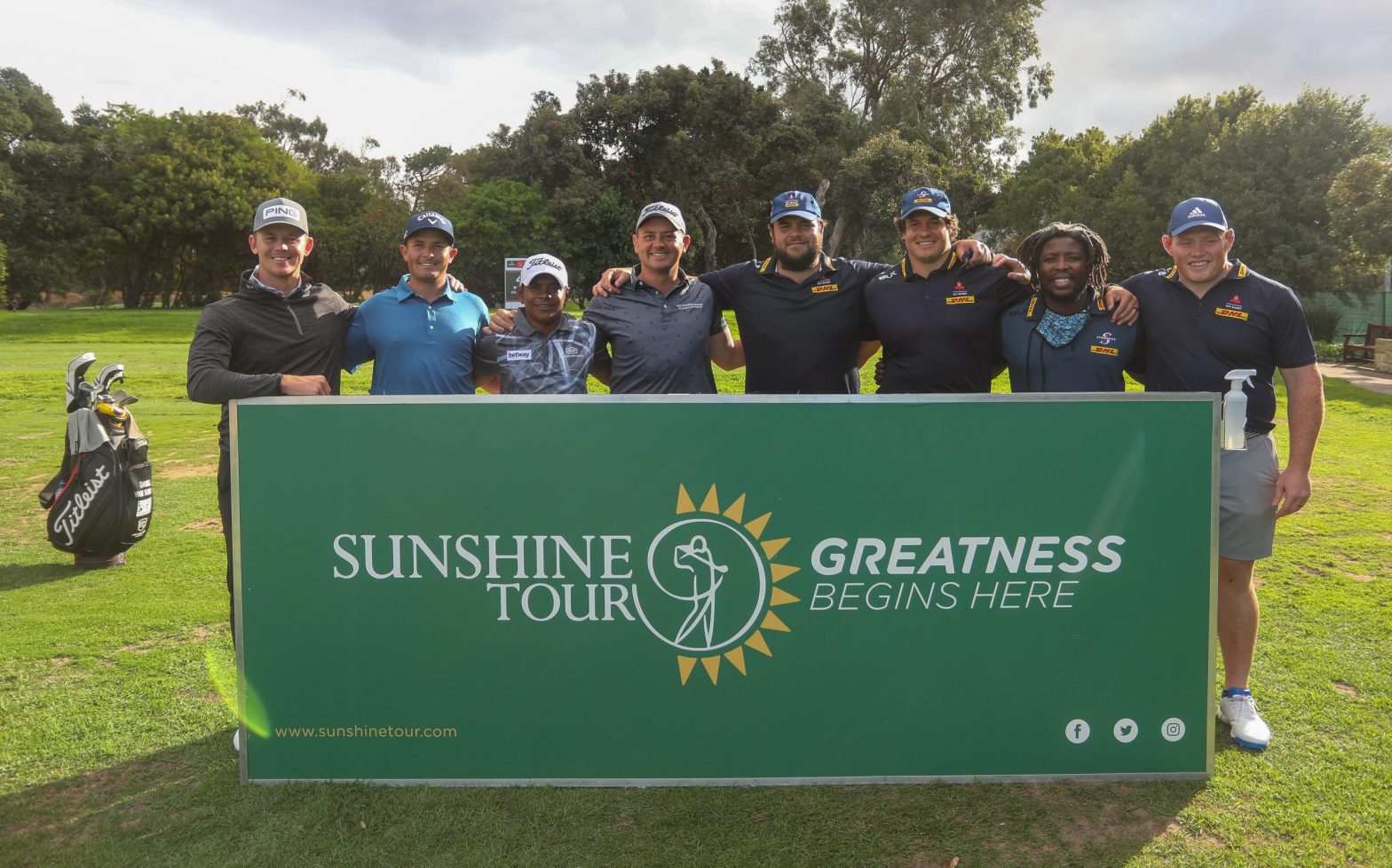 The Mother Cityâ€™s finest rugby players arrived at the Royal Cape Golf Club on Tuesday to personally welcome the Sunshine Tour professionals competing in this weekâ€™s Bainâ€™s Whisky Cape Town Open in the only way they know how â€“ with a match.

Playing as a team against each other, the Sunshine Tour professionals were handicapped by having to play from their worst tee shot and each pro also had to play each of their shots or putts twice before they could score, while the Stormers could play from their best shot and only needed one shot or putt to score.

The result was a convincing 4-0 victory by the Stormers.

â€œGoing 0-4 against four big rugby players on home turf was a tough pill to swallow. I would say weâ€™ll meet them in the car park, but looking at the size of them probably not,â€ said Stone, who captained the Sunshine Tour professionals for this challenge.

But although pleased with the victory, the rugby players were simply delighted to have played a hole with the Sunshine Tour pros and seen, from â€œinside the ropesâ€, another side of them from what they follow on television.

â€œItâ€™s so great to have a Sunshine Tour event in Cape Town and weâ€™re looking forward to watching them on TV. I think for the whole of Cape Town itâ€™s quite an exciting event,â€ said Kitshoff.

Fouche was just as delighted with the experience. â€œWhat a privilege to have played with these pros. Iâ€™m a massive golf fanatic, and to play with them and see that theyâ€™re just human beings like us was a privilege. What a day.â€

And Ntubeni, who holed the winning putt for his team, admits to never having been this nervous before.

â€œThereâ€™s a lot of banter until you stand over that ball. Itâ€™s quite stressful. I can imagine how hectic it is for them in a tournament. It was so good to meet them. To have them in our city is so important for other aspiring young golfers out there, and even for us as keen golfers. We look up to them, and we wish them the best of luck for this week.â€

Malherbe was also full of respect for the pressure the pros face during competition.

â€œThereâ€™s a lot more pressure on individual sports. Itâ€™s only up to them. In a team you have the safety of your teammates. So it was awesome to see how they go about it. What a nice experience. I wish the guys all the best this week.â€

Professional Van Tonder said heâ€™s ready for a return match against the rugby players. â€œI wouldâ€™ve liked to have taken them on over a par five where I can intimidate them a bit with my driver. But it was great fun. Theyâ€™re a great bunch of guys.â€

The Bainâ€™s Whisky Cape Town Open is a tournament co-sanctioned by the Sunshine Tour and European Challenge Tour and tees off at Royal Cape Golf Club with the first round on Thursday.