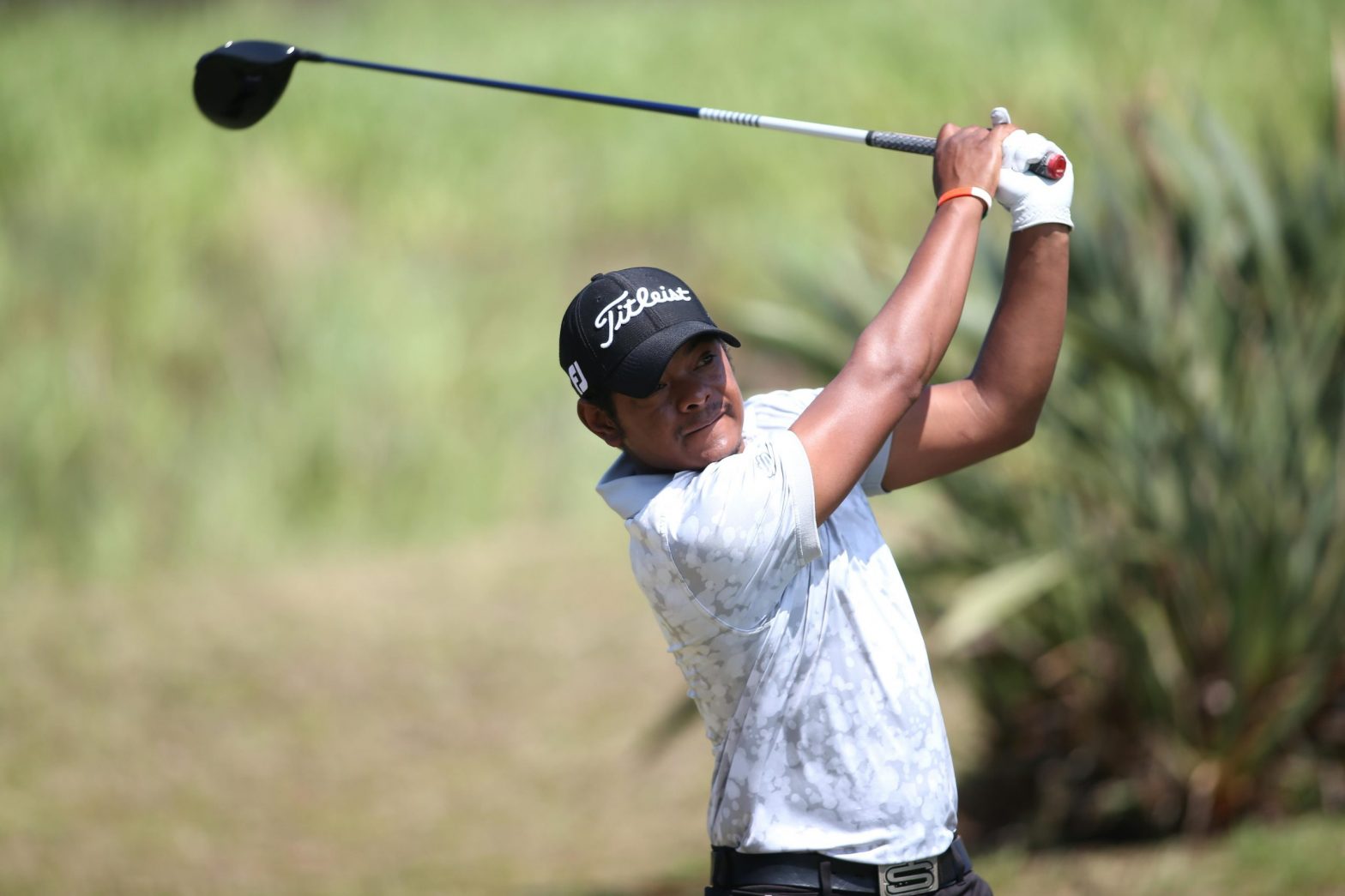 With 14 top-10s in his career and two runner-up finishes, Keenan Davidse is ready to win on the Sunshine Tour. And heâ€™ll have another shot at it when he heads into Fridayâ€™s final round of the Sun Wild Coast Sun Challenge in a three-way tie for the lead.

Davidse, Peter Karmis and Jacques Blaauw are all tied for the lead on five-under-par 135 through 36 holes of this 54-hole Sunshine Tour tournament at the Wild Coast Sun Country Club.

â€œIt was tricky out there today. There was a two-club wind when we started and it just became worse. But the Wild Coast Sun is always tough with the wind and I just stayed patient,â€ Davidse said.

The leaders are just one stroke clear of Keith Horne, who signed for a second round of 71. Joint overnight leader Luke Jerling is amongst a strong group chasing them two shots off the lead, and also including young star Jayden Schaper and the experienced Jaco van Zyl.

Of the three leaders, Davidse led the scoring with his second-round 66 in which he birdied two of his first three holes, made back-to-back bogeys thereafter, then started his second nine with a birdie and finished it with three straight birdies. Blaauw signed for a 70 and Karmis a 68 to join him in the lead.

And competing against two multiple winners on the Sunshine Tour, Davidse could be forgiven for thinking this week is his turn.

Heâ€™s come close to a maiden title at various stages of his Sunshine Tour career, and also came very close to a European Tour victory when he challenged in the 2017 Joburg Open and eventually finished tied seventh. Last year he was invited to play in the prestigious Alfred Dunhill Links Championship in Scotland, which was his first taste of world-class links golf.

But just before lockdown, Davidse says he discovered a deeper spiritual faith and itâ€™s made all the difference to his outlook.

â€œThe golfâ€™s always been the same, but the difference now is my faith. Mentally Iâ€™m in a much better space because of it. Iâ€™ve realised that winning is not everything and to be more grateful about the position weâ€™re in as professional golfers. Iâ€™ve been out here on Tour trying to do it all on my own, and thatâ€™s changed now.â€