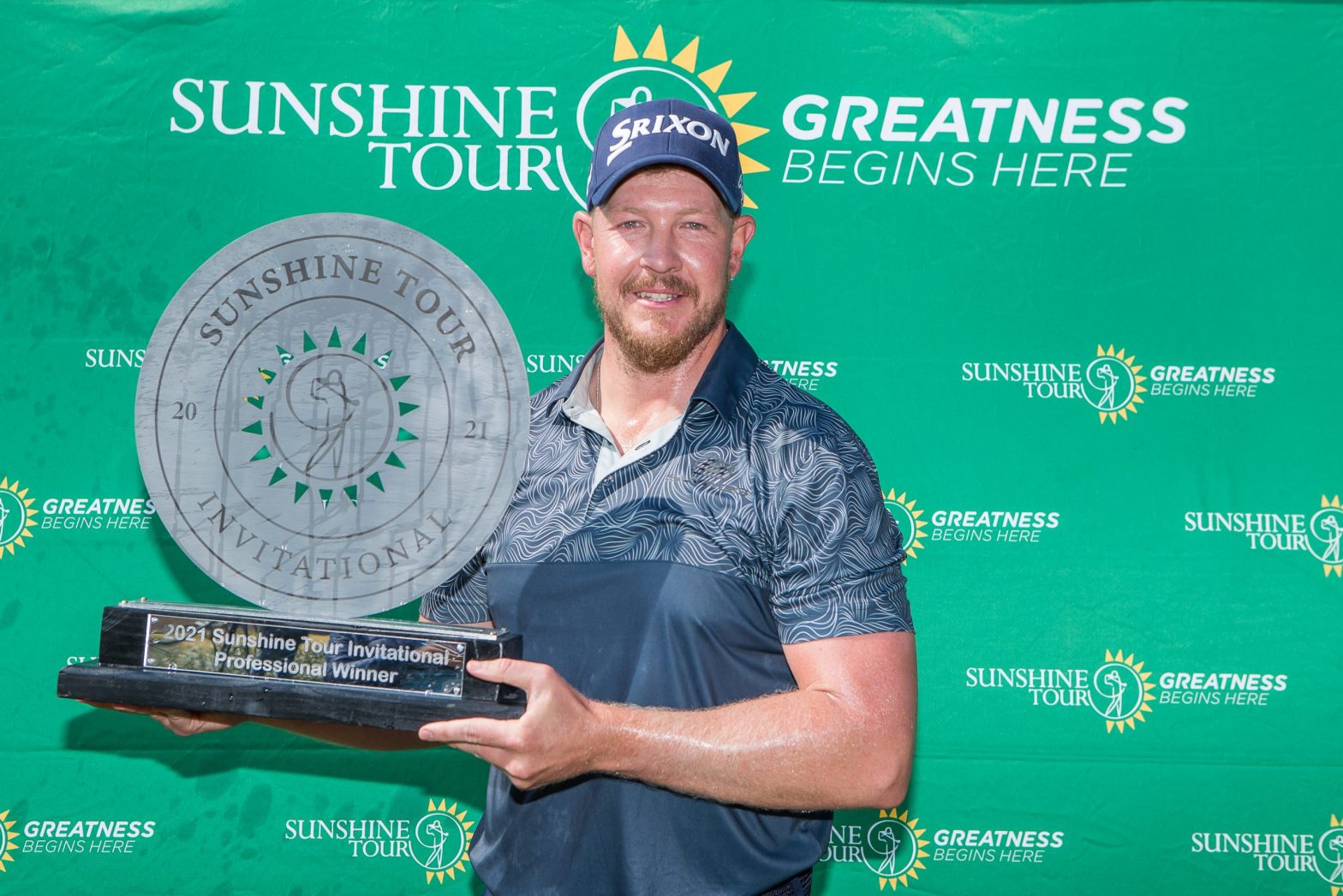 Jacques Kruyswijk was relieved to finally end a five-year win drought and claim his second Sunshine Tour title in the Sunshine Tour Invitational at Centurion Country Club on Friday.

Kruyswijk closed with a 67, and then watched as Albert Venter, tied for the lead with him on 18 under par, bogeyed the last to hand him the title.

Venter, who signed for a final round of 71, shared second place with Michael Palmer, who posted a 66, on 17 under par. Jaco van Zyl was next best on 16 under par with a closing 70.

â€œItâ€™s great to finally get it done, and even more special to do so at my home course,â€ said Kruyswijk, who last won in the 2016 Lions of Africa Cape Town Open but who since has had his resolve tested as heâ€™s tried to get back into the winnerâ€™s circle.

â€œThis is the result of all the hard work Iâ€™ve put in over the last couple of years. You know, to be winless since 2016 was a big monkey on my back, and Iâ€™m so glad to finally be rid of that. Iâ€™ve got a fantastic team around me who have supported me since day one, and thatâ€™s made the difference for me. Iâ€™ve grown a lot in the last couple of years and Iâ€™ve learnt so much.â€

Kruyswijk was three shots off the lead of Venter going into the final round. But more importantly for him was that his second round of 64 had enabled him to play his way into the final threeball for Friday.

â€œI wanted to play in the final threeball. That was really important for me because I knew I could then put pressure on the guys leading. I went into match play mode against them in the final round, and Iâ€™m grateful to have come out on top.â€

The timing couldnâ€™t be better for Kruyswijk. On Sunday he flies to The Netherlands for the European Tourâ€™s Dutch Open, and to begin a lengthy stretch of tournaments overseas. – Michael Vlismas