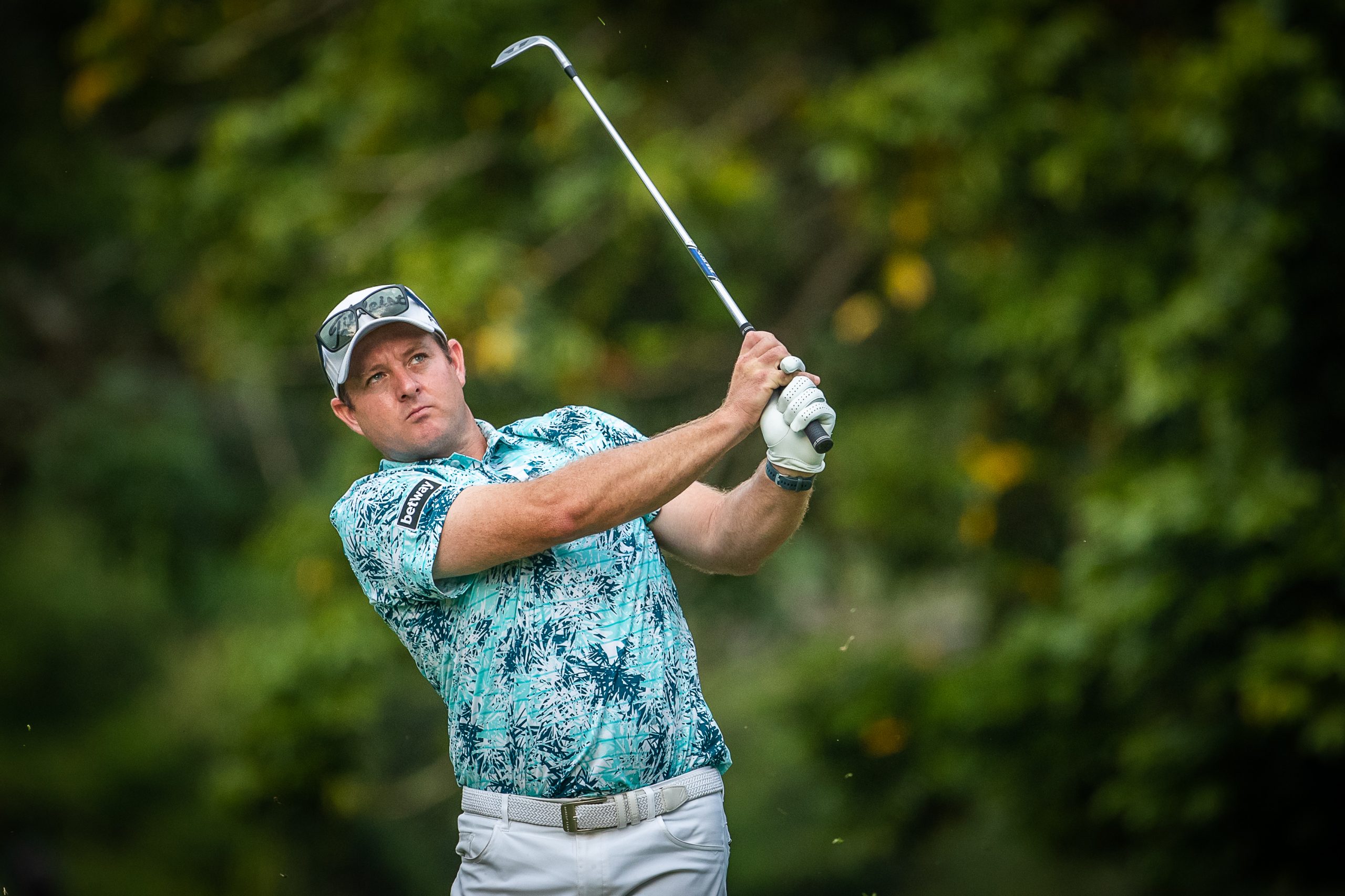 SOUTHBROOM, KwaZulu-Natal – Merrick Bremner’s front nine was littered with birdies and bogeys as he took the route less travelled into a share of the lead after the first round of the Vodacom Origins of Golf San Lameer on Thursday.

Bremner finished with an excellent 66 to share the lead on six-under-par with six other golfers, but none of Wynand Dingle, Ockie Strydom, Herman Loubser, Matthew Spacey, Doug McGuigan or Sean Bradley made quite as dramatic a start to their round as Bremner.

The 36-year-old from Bremner made par on the 498-metre par-five first hole, but then the rollercoaster ride began with two birdies being followed by a bogey at the par-three fourth, another pair of birdies before a second dropped shot on the par-four seventh, and then a birdie-four and a birdie-two to go out in just 32 strokes.

Bremner’s back nine was far more sedate as he was bogey-free and picked up back-to-back birdies on the par-four 12th and par-five 13th holes.

“It was definitely quite an eventful front nine,” Bremner agreed. “But it was tricky because I would hit a good shot and still end up with bogey, but I gave myself lots of chances.

“I’m definitely very pleased with the round because I had a couple of weeks off and it was nice to return in a rich vein of form,” Bremner said.

A man as experienced in coastal conditions as Bremner, who grew up in Durban and has won down the road at the Wild Coast Sun and in the 2019 Vodacom Origins of Golf Series event at Humewood, was not going to be troubled by the wind on Thursday, which in any case was more predictable than the blustery gales that blew on Wednesday.

“I wasn’t too fazed by the wind blowing, even though it was weird – it felt stronger than it was. But I like it when it blows a bit, it separates the field.

“I just execute my game-plan and take what comes. I definitely feel like my game is trending in the right direction, and it seems I now have the right mix in terms of when to play and when to rest,” Bremner said.

Strydom had the chance to finish the day as the sole leader on seven-under-par, but he bogeyed the par-three ninth hole, his last.

Spacey, the 31-year-old from Dainfern, started birdie-birdie but then finished twice as well with four successive birdies from the 15th hole to shoot up the leaderboard into the seven-way tie for the lead.