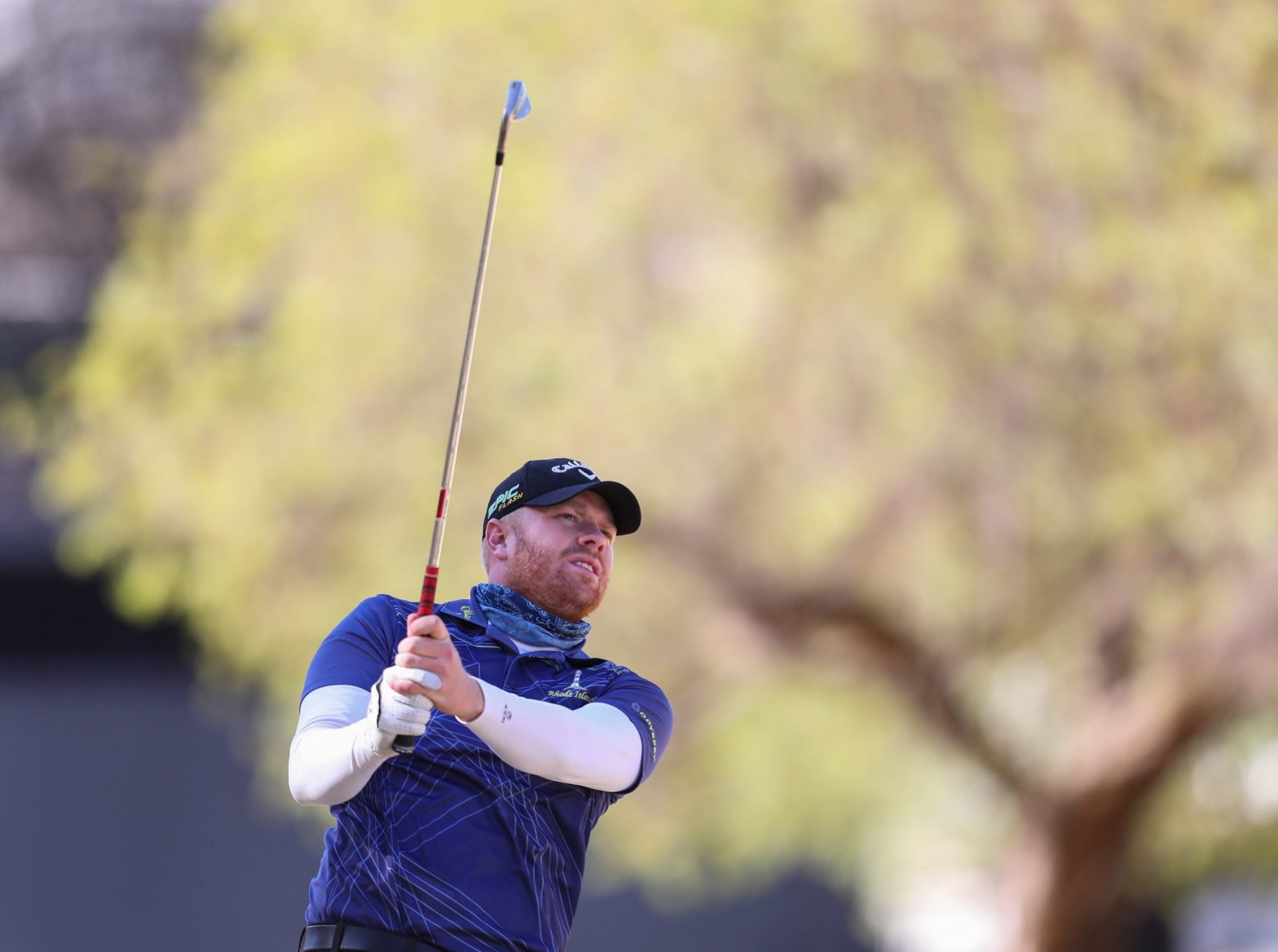 Dylan Mostert opened with a three-under-par 67 for a one-stroke lead in Wednesdayâ€™s first round of the Betway Championship at Killarney Country Club, and in what was a generally cautious start by most of the field in the first Sunshine Tour tournament since February.

Mostert is one clear of Dylan Naidoo, Ruan Korb and Albert Venter who all signed for rounds of 68.

Mostert was one of only eight players in the field who broke par on day one of this Rise-Up Series 54-hole tournament, thanks to a mix of bitterly cold conditions and shaking off a bit of lockdown swing rust.

â€œI think most of the players are just going out there and getting a feel for it again, and just trying to get back into tournament mode,â€ said Mostert.

For Mostert, the work he did on his putting during lockdown made all the difference.

â€œI put in a lot of work during lockdown and Iâ€™m glad to see it paying off. I worked a lot on my putting â€“ on my set-up and pace. And it feels great to lead. I think this is the first time Iâ€™m leading a tournament on the Sunshine Tour. I had no expectations coming into this week and was so excited just to play.

â€œBut I stayed really patient out there, which was also key. I made back-to-back bogeys at holes seven and eight, and then I made a great par save at the ninth and a good par putt on the 10th to keep my round on track.â€

That kind of patience will be important as Mostert faces an early tee-off time in Thursdayâ€™s second round.

â€œIâ€™m expecting it to be tougher because Iâ€™m off early on day two. So itâ€™s going to be freezing and the greens will be rock hard. But itâ€™s just about staying focused and grinding where I need to while staying focused on every shot out there.â€

The tournament signals the return of the Sunshine Tour for the first time since February and following the national lockdown due to the COVID-19 pandemic.

And it was Benoni professional Pieter Moolman who had the honour of leading the field in its return as he teed off first at just after 7am.

â€œIt felt great to feel that excitement for the new season and to actually be playing a tournament again. I think weâ€™re all craving that adrenaline and excitement on the golf course, and making birdies,â€ he said.