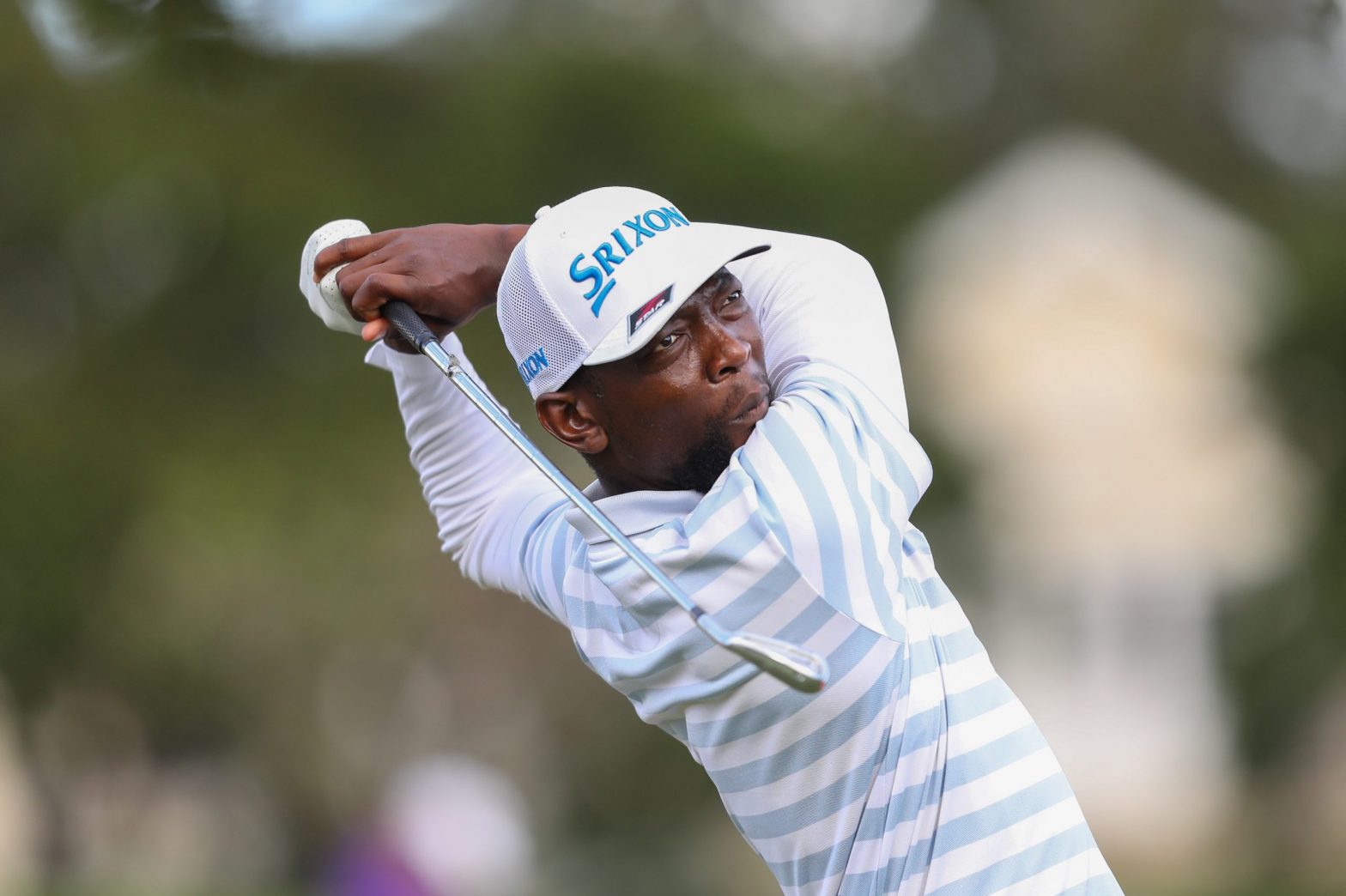 Sunshine Tour professional Siyanda Mwandla has been working hard to â€œstay in the momentâ€ and let not the weight of playing this game for a living overwhelm him. And at the moment, heâ€™s doing a pretty good job of it.

Mwandla was one of the most exciting amateurs in the country during his days at the Ernie Els and Fancourt Foundation, and then earned his place on the Sunshine Tour last season and finished 137th on the Money List after playing 10 events.

This year, heâ€™s has built on that experience and is sitting 107th on the Order of Merit having played a dozen tournaments. But it was the last of those, the Vodacom Origins of Golf Series at Mount Edgecombe, which gave him the most confidence and which heâ€™s keen to keep building on.

The 27-year-old posted his best-ever round on tour, a 67 that saw him lying second after the first day. A pair of 73s to close saw Mwandla finish in a tie for 38th, but it is all part of the learning experience.

â€œThe way I approach tournaments this year has been the difference. In the past, if I played with friends on a Saturday or on my own, I was happy and excited, but then I would be playing in the Sunshine Tour on the Wednesday and I would be anxious. It felt like two different rounds when it should be the same. I didnâ€™t understand that I was meant to be having fun on the course, whatever I was playing in,â€ he says.

â€œIâ€™ve been working with a sports psychologist and no tournament should be bigger in terms of mindset. I need to stay in the moment, in the present, and not get too far ahead of myself. So nowadays I donâ€™t ask for much. I just want to play the final round and make cuts consistently.â€

His Mount Edgecombe performance was a sign for Mwandla that the swing changes he put in place with coach Emile Steinmann are starting to settle in as the Sunshine Tour now starts building towards the big end-of-year tournaments.

â€œThe swing changes were not all that comfortable at first but we are trying to get more consistency. I stuck with it and two weeks ago I started to see some results, which has been very pleasing.â€

For now at least, â€œthe momentâ€ is a pretty good place to be for Mwandla.

The Sunshine Tour travels to the Wild Coast Sun Country Club this week for the SunBet Challenge taking place from Wednesday-Friday (6-8 October) this week.