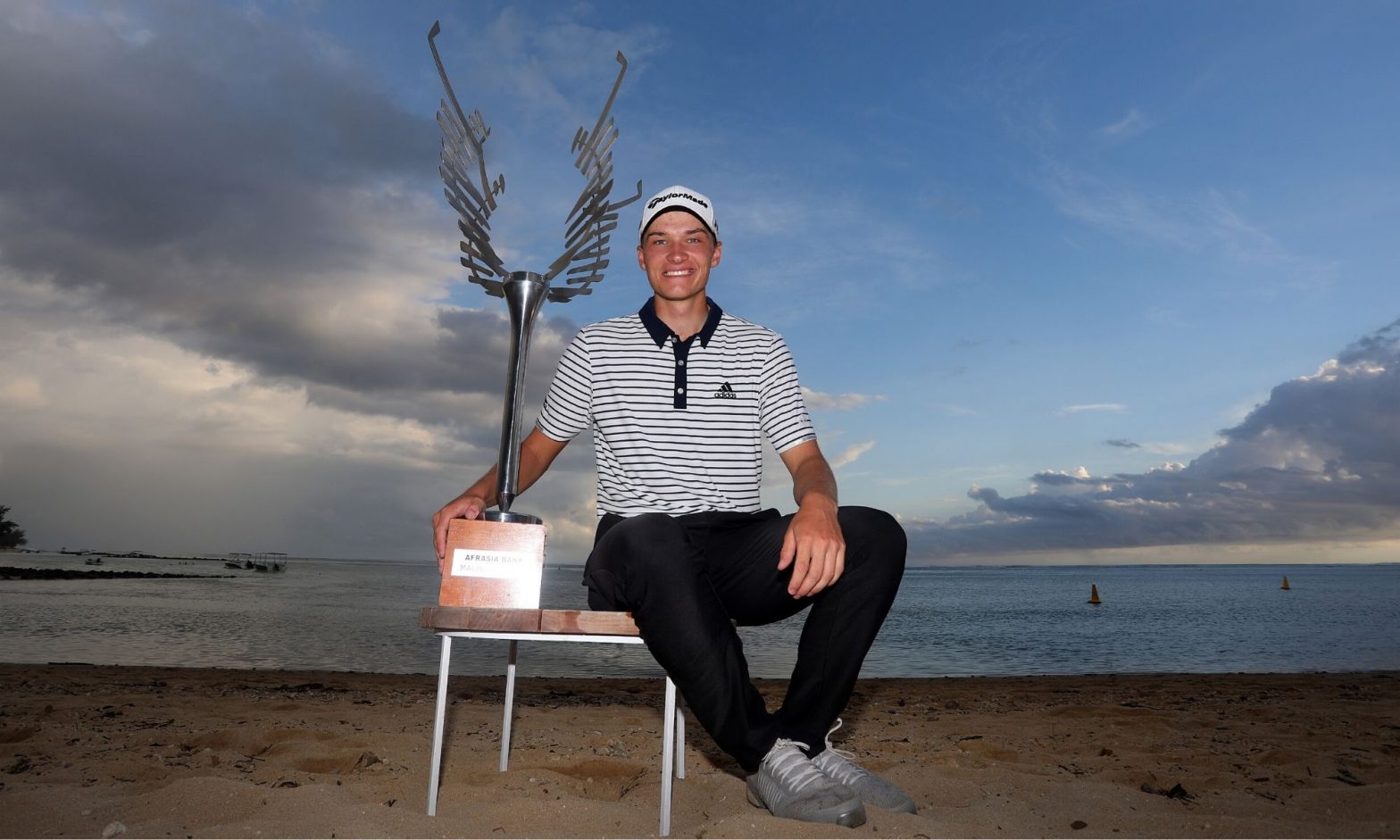 Teenager Rasmus Hojgaard of Denmark gave a nerveless display in a tense sudden-death play-off on Sunday to win the AfrAsia Bank Mauritius Open at the third hole after three players shared the lead after regulation play.

He made eagle on the third play-off hole, after Italyâ€™s Renato Paratore had been eliminated at the first, and Franceâ€™s Antoine Rozner was unable to match his distance and accuracy on the third attempt to find a winner in the tournament sanctioned by the Sunshine Tour, the European Tour and the Asian Tour.

â€œI canâ€™t put it into words right now,â€ said Hojgaard after he was drenched in champagne by fellow- Danes Jeff Winther and veteran Soren Kjeldsen. â€œI didnâ€™t think Iâ€™d win this early. Even to be on the tour this young is something I didnâ€™t think would happen.â€

He became the third-youngest winner on the European Tour behind Matteo Manassero of Italy and New Zealandâ€™s Danny Lee. â€œThatâ€™s cool,â€ he said. â€œI never thought about that. To win so early in my career is amazing, and Iâ€™m already looking forward to the next tournament.â€

He started the final round in a hurry, with a birdie and an eagle in his opening two holes, but a pair of bogeys on the fourth and the fifth seemed set to put the skids on his charge to the top. But he maintained an equilibrium that would have been admirable in one much older, picking up birdies on the seventh, the 10th and the 18th to get himself into the play-off.

â€œI just tried to be patient and set up as many birdie chances as possible,â€ he said of his approach to the final round. â€œI knew I had to make a birdie on 18 in regulation to get into the play-off or an eagle to win. It was all about putting the drive in position, and from there on, I wonâ€™t say itâ€™s simple, but youâ€™ve got a good chance from there.â€

Once he got into the play-off, things changed a bit for him. â€œI was obviously nervous,â€ he said, â€œbut I had nothing to lose in the play-off, so it was driver all day. Then, for the approach shots, I just kept telling myself to believe in myself and get the number right.â€

In the play-off, he made birdie-birdie-eagle on the par-five 18th to pull off the victory. â€œThat was pretty cool,â€ he said.

One shot behind Rozner and Paratore was South Africaâ€™s Louis de Jager who closed with a flawless eight-under 64. After he eagled the 14th, he was unable to capitalise on birdie opportunities, notably on the 16th and 17th, which would have put him in the conversation for the title. He was joined in a share of fourth by Frenchman Benjamin Hebert, Scot Grant Forrest and Thomas Detry of Belgium, whose bogey on 17 cost him dearly.

For Hojgaard, it is all about getting home to celebrate with family and friends. â€œIâ€™m over the moon right now,â€ he said. â€œThatâ€™s all I can say.â€