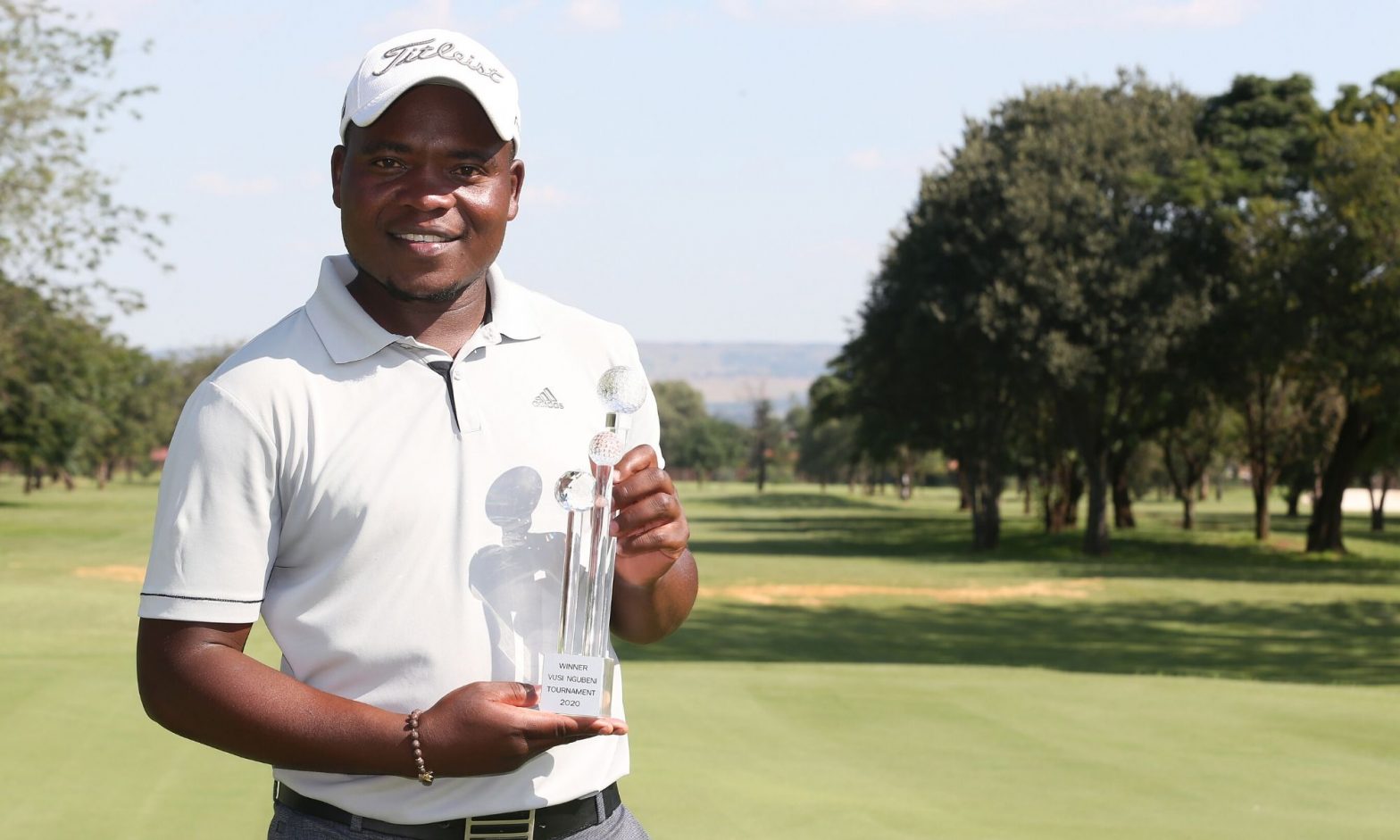 Musiwalo Nethunzwi says more professional golf tournaments should be staged at the recently-refurbished Soweto Country Club, where he won the Vusi Ngubeni Tournament presented by the Sunshine Tour and Petrus Kleinbooi on the first playoff holes against James Kamte on Thursday.

Now, he leads a group of 15 players into the upcoming season of the Sunshine Tour.

â€œIt would be great if we could have tournaments here,â€ said Nethunzwi of his desire to see more professional events being staged at his home course, â€œeven if itâ€™s just two tournaments in a season, even one â€“ that would be great. This golf course has produced many good golfers. Bafana Hlophe is from here, Vincent Tshabalala who won the French Open, he was from here.â€

Nethunzwi was three shots off the lead at the start of the final round, with Jacquin Hess leading as he had done from the start of the tournament. Gaining confidence because of the local support and the fact that neither of Hess nor James Kamte looked like they were running with it. He made par in the first and second holes before making a birdie on the par-five third. He didnâ€™t make any gains but didnâ€™t drop any shot until a birdie came, this time on the par-three 7th.

With the pressure mounting, Nethunzwi held on steady, making four straight pars in a determined effort to safeguard the gains heâ€™d already made while going for victory himself.

â€œI did a good preparation coming into this week,â€ he revealed. â€œvictory was always on my mind. Iâ€™m grateful to be the first one to win a professional tournament here. There are a lot of guys that are playing well here, the IGT (Tour) guys, the Big Easy (Tour) guys. When you come here, youâ€™ve got to bring your A-game.

â€œThis is the only chance you get. It comes once a year and if you donâ€™t make it, you have to wait for a whole year. That comes with a lot of pressure. But I prepared wellâ€

His back nine was just as similar, with birdies on the par-five 12th and the par-three 17th to sign for an error-free four-under 68. Hess fell away and Kamte threatened as did Thanda Mavundla. It was Kamte and Nethunzwi in the playoff, however, after they played to a share of the lead, with the former Nethunzwi winning it on the first playoff hole where Kamte made a double-drop.

â€œThis is a marathon,â€ he said, â€œWhen we started on the first day it was raining and I had no rain-gear, I forgot it at home. I was happy with the 75 in round one. But, I told myself that this is a marathon and I donâ€™t have to put myself under pressure because there are 54 more holes to play. Every day, my caddie and I went home and looked at my stats and we found I improved daily.

â€œIn the playoff, I saw James hit it to the right and I knew there was no shot there. I have been hitting it to the left all week. When his second shot got caught by the tree, I told myself that anywhere on the green will do for me, take a five and walk away. He was never going to make a five there.â€