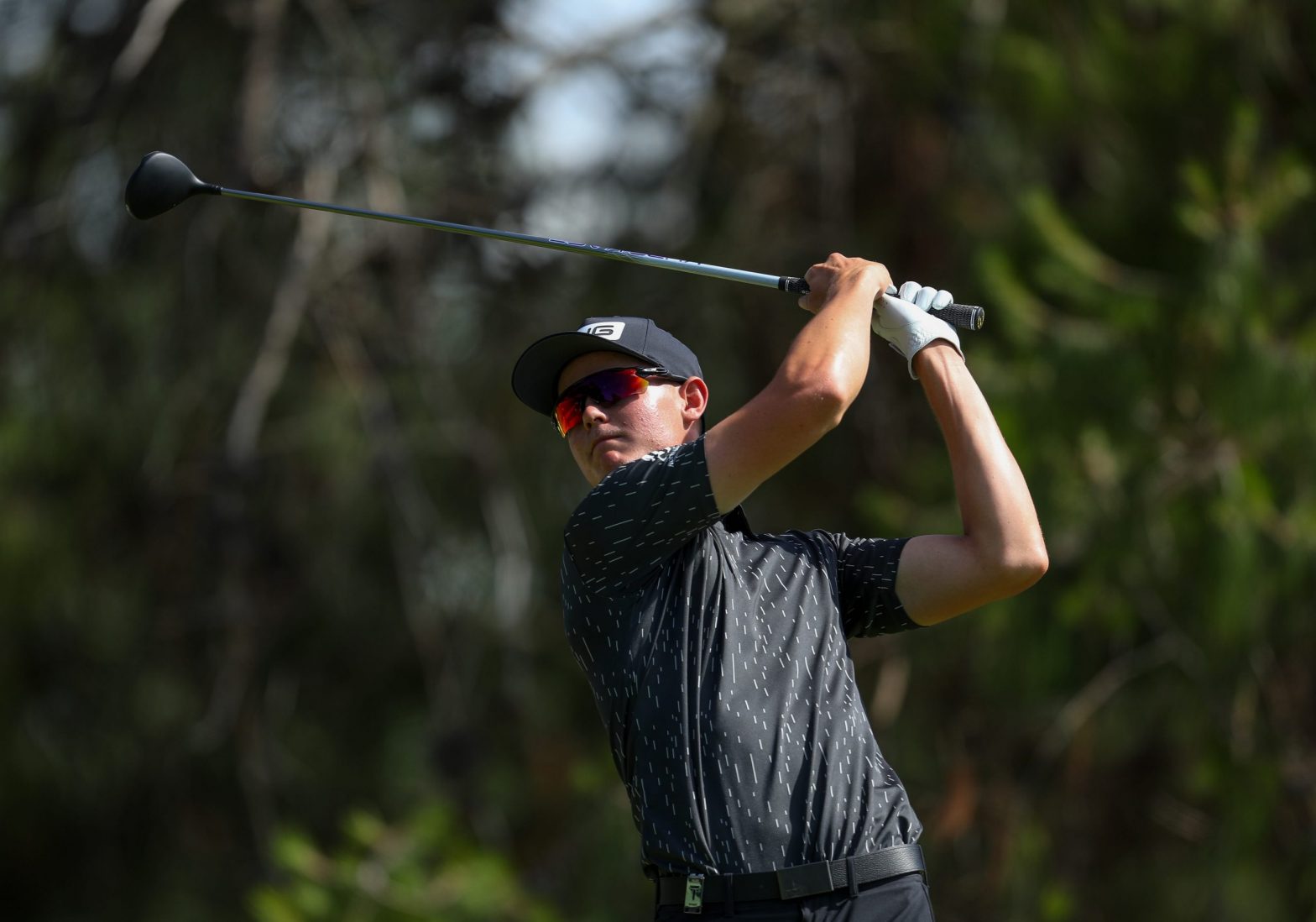 Wilco Nienaber silenced even the local peacocks with his booming drives as he joined Shaun Norris in a South African double act that topped the leaderboard after Thursdayâ€™s first round of the Joburg Open at Randpark Golf Club.

The local duo led the field with their rounds of eight-under-par 63, giving them a one-stroke lead over American Johannes Veerman and Canadian Aaron Cockerill. They are followed by a group of five players on six under.

Nienaberâ€™s power game was in full flow on Thursday as he hit driver and then wedge into some of Randparkâ€™s par fives. On the par-five 12th hole he had a seven iron in which he hit to six foot and holed the putt. And on the par-five fourth hole he hit his drive 439 yards and then his second to five feet before missing the eagle putt.

â€œI just didnâ€™t trust my first instinct on my line so just missed that for eagle,â€ he said after his round of one eagle, nine birdies and three bogeys.

â€œEverything worked for me today. Iâ€™ve worked a lot on my putting. Itâ€™s not yet where I want it to be, but itâ€™s getting there. Overall, my game was just solid. Itâ€™s also nice coming back to a course I know well, and also just to see some familiar faces who I played junior and amateur golf with.â€

â€œI only met him on Monday this week and itâ€™s been good so far. I really like him as a person as well so hopefully itâ€™s a good partnership starting. He was really good on my approach clubbing. I just said to him itâ€™s really important for me to hit my shots pin high, and he helped me a lot with that today.â€

Both Nienaber and Norris were indeed relishing playing on home fairways again after spending most of their years overseas.

â€œA round of eight under is nice around any golf course, but to do it here in the first round of the Joburg Open and being back home again is great. I havenâ€™t played much in South Africa since I turned pro,â€ said Nienaber.

Norris was just as delighted with his round, which included an eagle, six birdies and no bogeys.

â€œItâ€™s been good to be home. Iâ€™ve been playing my home course quite a bit and putting in some low scores there, which has been building some confidence before this. I grew up playing on courses like Randpark. I can remember as a 16-year-old playing a South African Amateur here. But Iâ€™ve been hitting the ball nicely over the last few months. Iâ€™ve got a good strategy this week to take it the course on and give myself some opportunities,â€ he said.

Veerman is also back in familiar territory. He led the first round of the South African Open here in January with a 62 â€“ albeit on the neighbouring Bushwillow course, with both courses used for that tournament.

â€œI started with a bogey which really came out of nowhere, but then I birdied the next hole which is a tough hole and that really settled me. The course is great, but these fairways are so tight that you have to drive the ball really well. There is no room for mistakes.â€ – Michael Vlismas