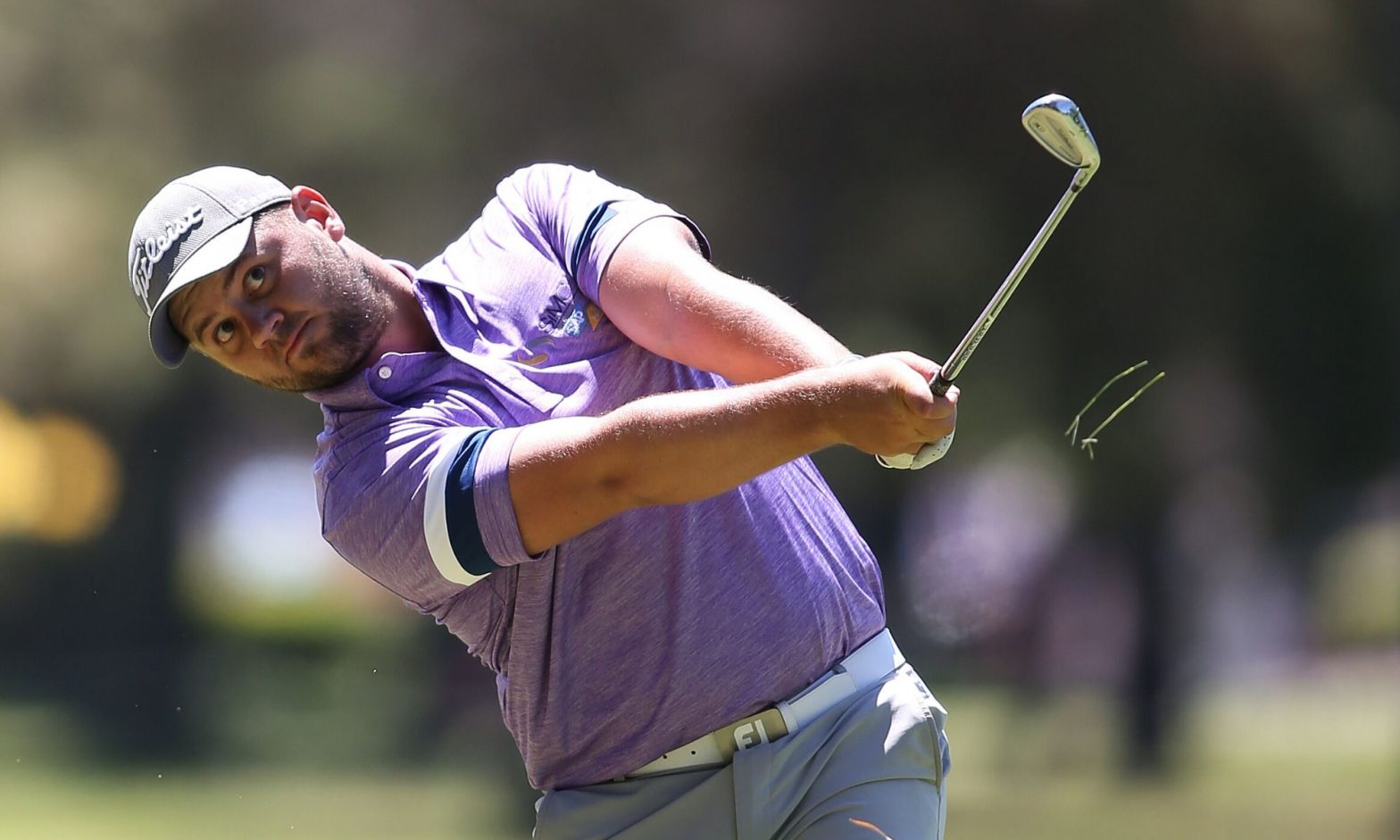 Daniel van Tonderâ€™s fine form continued in round three of the RAM Cape Town Open where he shot an eventful three-under-par 69 to total 14-under and take a two-stroke lead into the final round at Royal Cape Golf Club.

He went birdie, bogey and birdie on his opening three holes, then, three pars later, made another birdie on the par-five seventh. That was soon threatened by the bogey he made on the ninth. Back-to-back birdies on the 11th and 12th then made their way onto his card before another bogey came, this time on the 15th hole. That bogey was immediately followed by a birdie on 16 which sealed a three-under-par round.

â€œIt wasnâ€™t too tough out there,â€ said Van Tonder whose confidence seems to reflect his current form. â€œThere were a few tough pins out there. I managed to shoot under par but I did find myself in some danger a few times. But I made a couple of birdies as well, so, that helped.â€

The three bogeys he made on day three were the first he has made in 54 holes, a sign of a man who is high on confidence.

â€œI canâ€™t say Iâ€™ve left a few out there,â€ he admits, â€œI missed one short putt on one of the par-fives.â€

Lurking dangerously following a stunning round of eight-under-par 64 which took his total to 12-under for the week, is Luke Jerling. Seven birdies, an eagle and a single bogey characterised his third round as he got himself in the mix ahead of the final round of this event which is co-sanctioned with the European Challenge Tour.

â€œI love this golf course,â€ said Jerling who is still looking for his breakthrough win on Tour. â€œIt reminds me a little bit of my home course, PE Golf Club. A little bit of a breeze, greens running pure and I had a great day. Last week I struggled a lot with my ball-striking and I wasnâ€™t happy with my game but I talked to my coach and sorted a few swings. Started working on the range for a few days and started hitting a few shots with the middle of the clubface, then you realise you havenâ€™t really lost it. This course suits me.â€

Third on the leaderboard and a shot behind Jerling lies Swedenâ€™s Anton Karlsson on 11-under par after he shot a 64 of his own to make moving day count. He is followed by JC Ritchie at 10-under while Wilco Nienaber, Toby Tree Daniel Young, Damien Perrier, and Harry Ellis share the fifth spot on nine-under for the week.