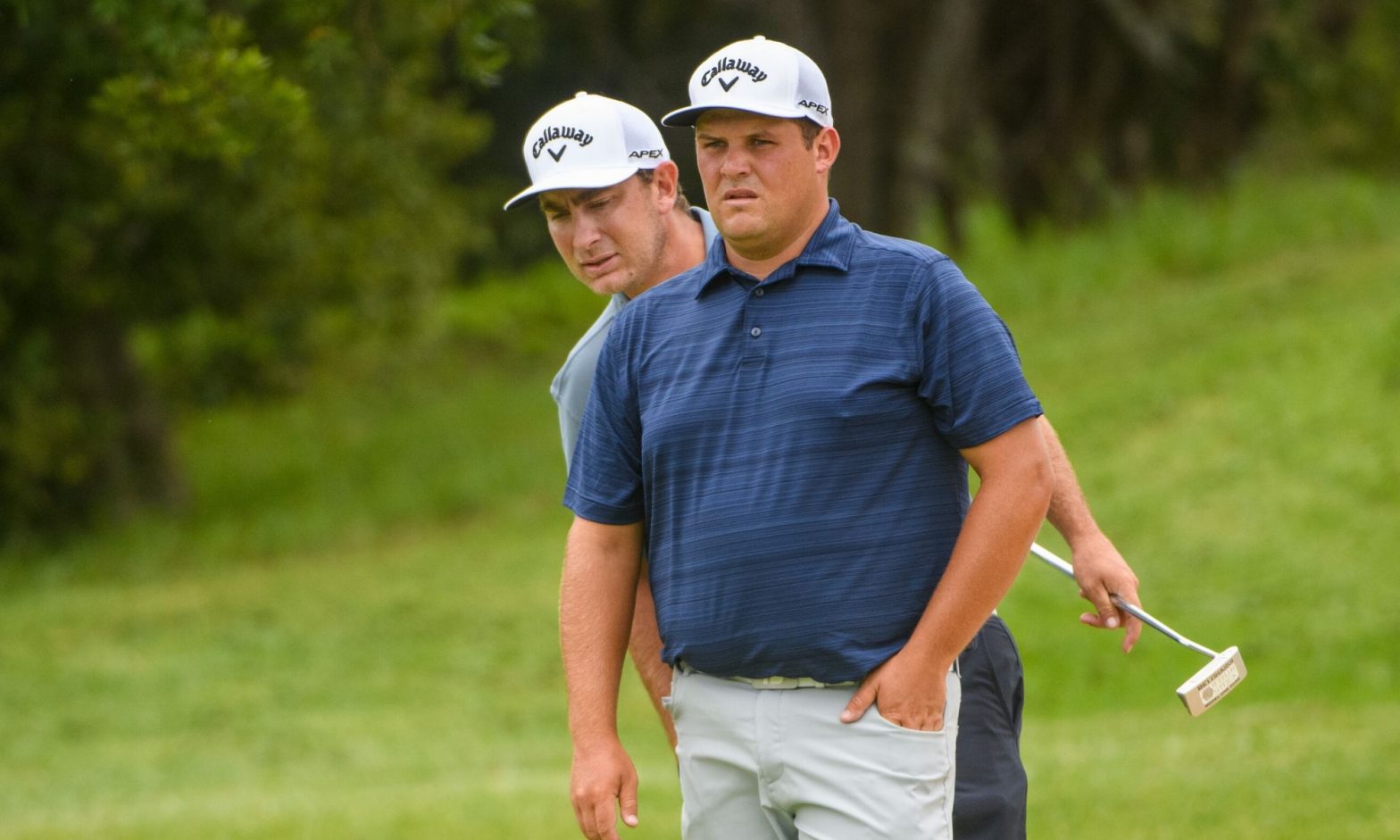 Defending champions of the Gauteng Team Championship, JC Ritchie and Jaco Prinsloo carded a second-round four-under 68 to take a one-stroke lead into the final round on a total of 15-under for the week.

After a slow start to their round, opening with a bogey and then making four straight pars, Ritchie and Prinsloo got going, birdieing the sixth and seventh holes to turn in 35. Another bogey on the 10th threatened to derail their round but they found joy again when they made birdies on the 12th and 14th holes. Two pars later and in the last two holes, they made further gains, finishing with two birdies.

â€œWe are happy with that 68 today,â€ said Ritchie, â€œbecause we struggled there at the start, bogeying the first hole and not birdieing the second. And, the rain didnâ€™t make it easy either. It was tough to hold on to the club, tough to keep the ball in play. But we are happy to be leading at this stage.â€

While they refuse to entertain the idea of a possible title-defence just yet â€“ and with the final round being a betterball format â€“ both players are relishing the possibility of a win early on in the year.

â€œNeither JC nor myself mentioned anything about defending the title,â€ said Prinsloo. â€œIt would be nice to defend but we donâ€™t want to put any pressure on ourselves. We are just here to win a golf tournament.â€

Right below them on 14-under-par and in a share of the second spot, the teams of Jake Roos and Christiaan Basson, Jaco Ahlers and Vaughn Groenewald, and overnight leaders Heinrich Bruiners and Andre Nel, lurk dangerously.

Ahlers and Groenewald also signed for a 68, Roos and Basson carded a 69 which had an eagle, three birdies and two bogeys, while Bruiners and Nel struggled a bit, and ultimately signing for a one-under.

Darren Fichardt and Jaco van Zyl are two shots off the pace on 13-under and with the final round being a betterball format, they have an opportunity to claim a victory here too. At 12-under-par and in a share of sixth are the teams of Lyle Rowe and Steve Surry as well as David McIntyre and Kyle Barker.