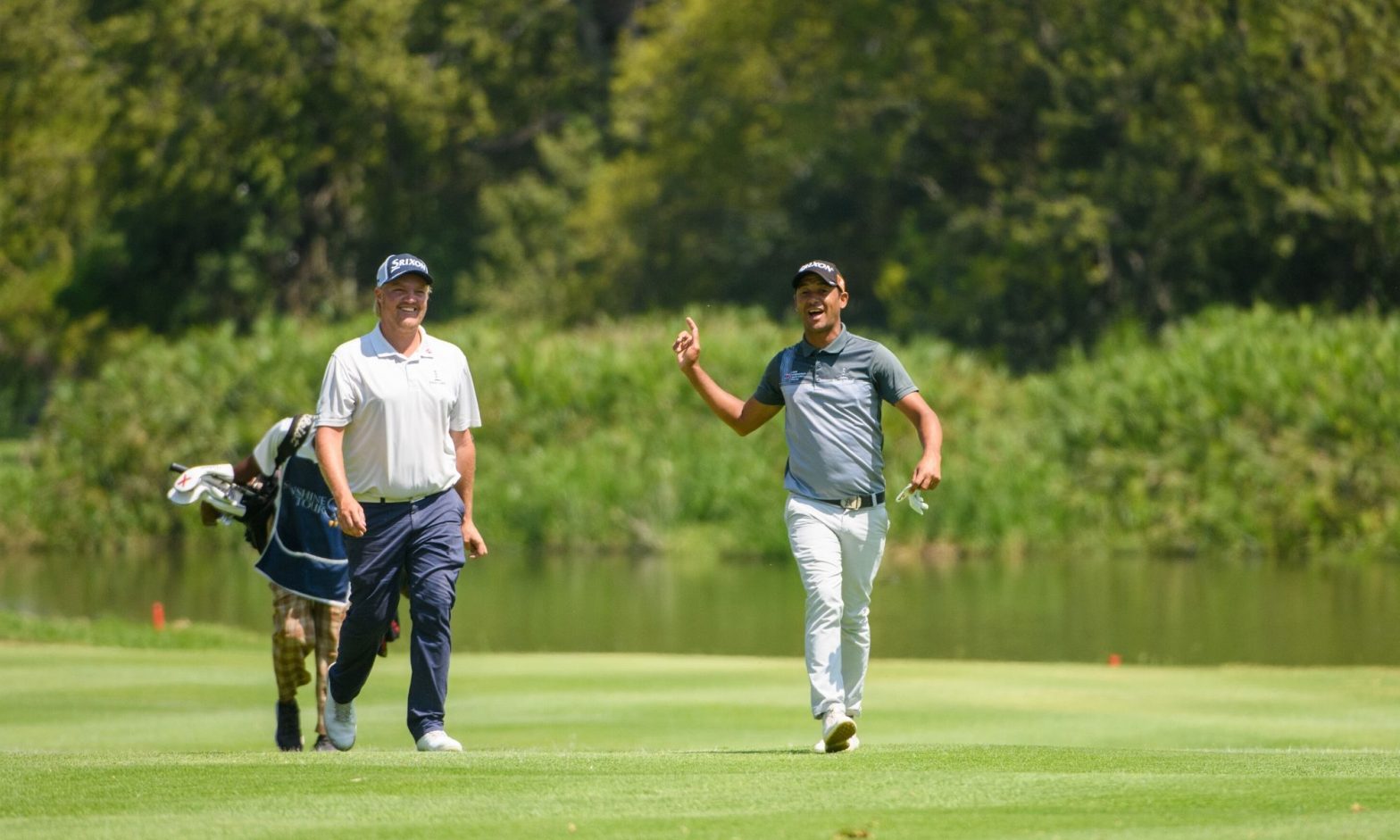 Heinrich Bruiners celebrated like heâ€™d won the tournament already on day one of the Gauteng Team Championship, and he had every reason to, because he and his teammate, Andre Nel blitzed around the Dainfern Golf and Residential Estate in spectacular fashion, carding a bogey-free 13-under 59 to lead by two shots on Thursday.

â€œI donâ€™t think I celebrated like that when I won my first event,â€ said the member of the Gary Player Class, Bruiners. â€œI was so happy I could almost kiss Andre there.â€

Teeing off the 10th tee, Bruiners and Nel began working right away, making four consecutive birdies. A par on the 14th, their fifth hole of the day, was followed by another birdie before another pair of pars slowed them down a bit. The found joy again before they turned, making a birdie on the ninth to turn in 30.

Coming home, they didnâ€™t relent and after the par they picked up on their 10th hole, the first hole of the golf course, they made an eagle on the par-five second and a birdie on the next hole. Two pars later, two more birdies and another eagle went onto their scorecard as they went around the back nine in 29 for a total score of 13-under 59.

â€œIt was crazy,â€ said Bruiners of the eagles they made on the day. â€œWe were hitting the ball well and, on the holes where we had chances for eagles, we were both quite close. He made one first and then I made mine too. We played like a proper team and we had fun.â€

Added Nel: â€œIt was so fun playing with Heinie. When I was in trouble, he had my back and I did the same when he was in trouble. It was so much fun.â€

Defending champions, Jaco Prinsloo and JC Ritchie share the second spot with the team of Jake Roos and Christiaan Basson on 11-under-par.

The first round of this tournament is a betterball format while the second round will be foursomes.