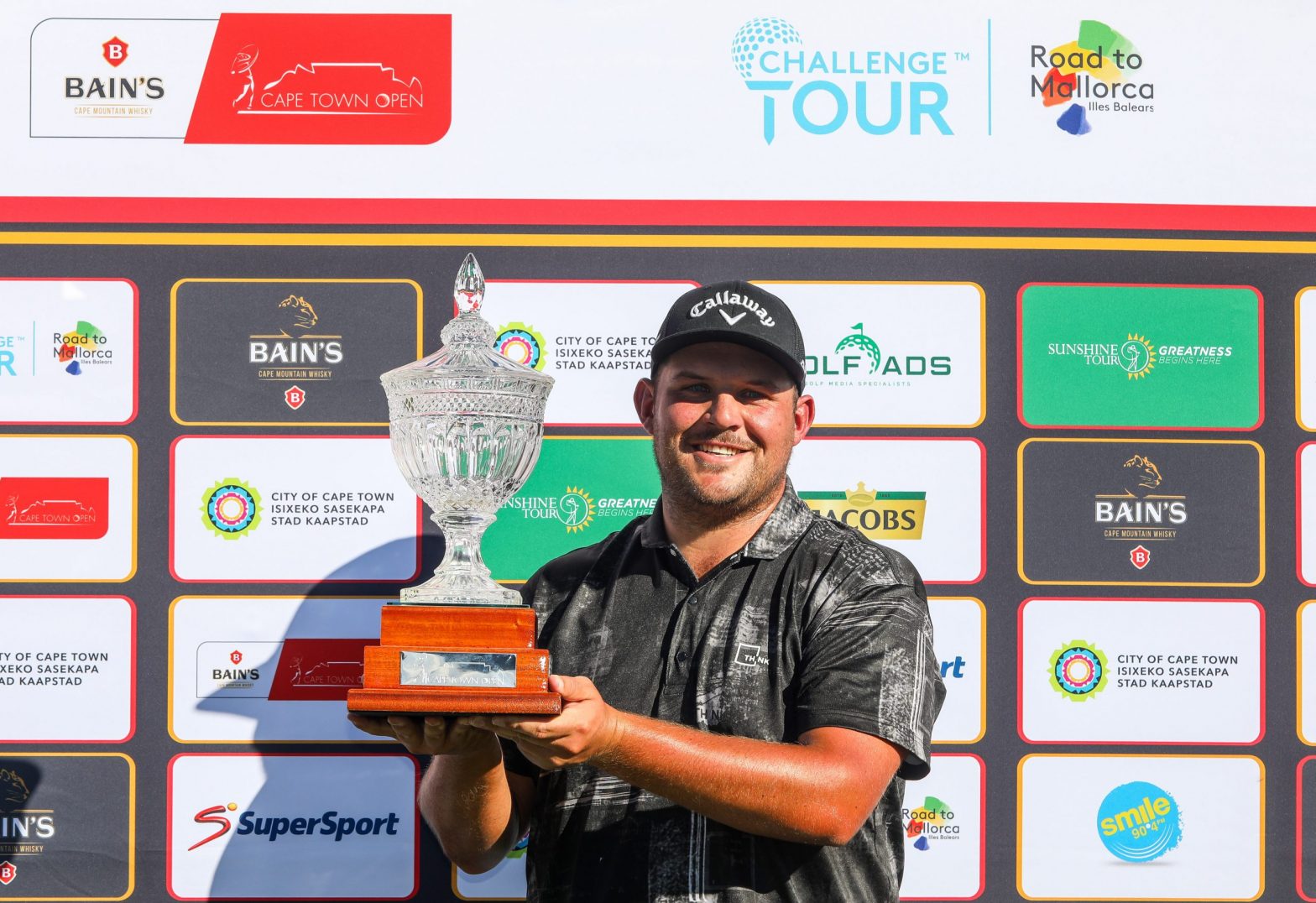 After what he described as a time of tears, the stress of losing his game and almost giving up golf, JC Ritchie was back in the winnerâ€™s circle again after beating Jacques Blaauw in a playoff for the Bainâ€™s Whisky Cape Town Open at the Royal Cape Golf Club on Sunday.

Ritchie finished regulation play tied with Blaauw for the lead on 14 under par. And then he maintained his perfect playoff record with a birdie on the first extra hole to win his second tournament on the European Challenge Tour and the eighth title of his Sunshine Tour career.

â€œSomethingâ€™s back. My game disappeared during Covid and Iâ€™ve been through hell with a lot of tears in the last year. Itâ€™s been a tough time and Iâ€™ve gone to some terrible places. With all the tears, practice and at times wanting to give up, this win just cancels out all the bad things that have happened since Covid. To be able to get myself back in this position and strong enough to win again is very satisfying,â€ said an emotional Ritchie.

It was a fairytale finish to a week that started with Ritchie struggling over his first nine holes in Thursdayâ€™s first round, and not sure what lay in store for him.

â€œSlowly throughout this week my game felt like it was starting to come back. Somehow I found some momentum on day one. Then in the final round the same thing happened. It didnâ€™t feel like I was doing much. I was scrambling and didnâ€™t think Iâ€™d be able to put up a charge. But on the third hole I holed probably the most difficult bunker shot of my career, and that birdie there started some momentum. I began hitting good shots and giving myself a lot of chances for birdie.â€

A further five birdies saw him tied for the lead with Blaauw standing on the 17th tee. But a bogey on 17 put him one behind again. Then he birdied the 18th in regulation for a final round of 66, and birdied it again in the playoff to take the title.

â€œThat bogey on 17 wasnâ€™t fun, but it took a lot of heart to birdie 18 because Iâ€™ve played it terribly this week,â€ he said.

Ritchie has proved a lot of things to himself over the past year of struggles. And in Cape Town on Sunday he could add one more to that list.

â€œI keep proving to myself that Iâ€™m good enough to play on the bigger tours. Hopefully I can get a few more wins now and jump onto the European Tour.â€ – Michael Vlismas