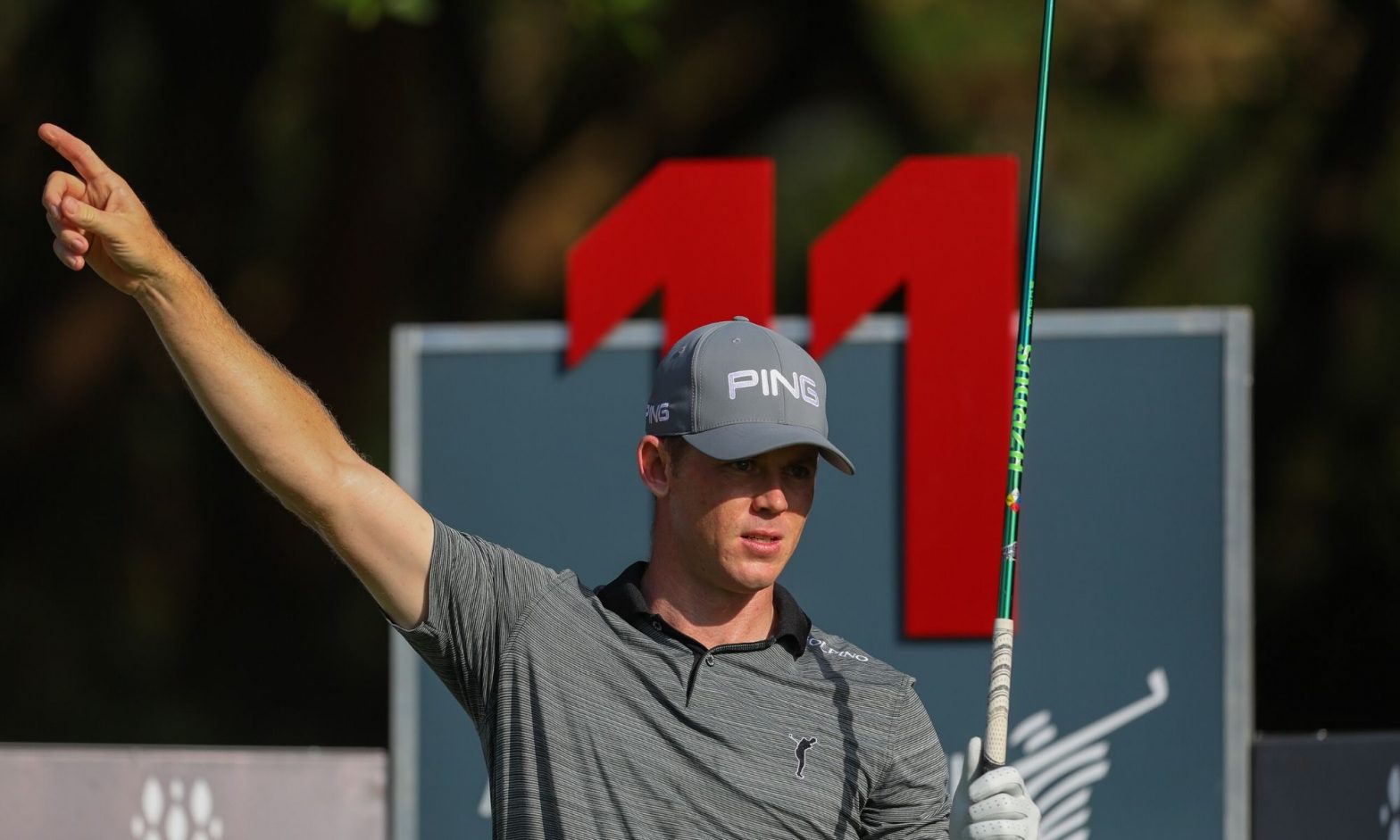 The heady mix of laid-back island life and the need to go low is what will exercise Brandon Stoneâ€™s mind as he goes into the weekend at the AfrAsia Bank Mauritius Open on 11-under par and very much in contention at Heritage Golf Club.

After a second-round five-under-par 67 to go with his opening 66, he had the afternoon off to contemplate how he was going to approach the final two rounds as he tries to close out his year with a victory which would be his first since July 2018 when he won the Scottish Open.

In the surrounding beauty, as well as the tropical heat, itâ€™s tough to keep the focus on golf laser-like as it should be if youâ€™re chasing a win as well as a place amongst the worldâ€™s elite in the sport.

â€œThis week consists of doing a little bit of practice, playing 18 holes and then putting your feet up by the pool,â€ he said. â€œYesterday for the first time this year I had a 45-minute nap poolside and then took a long romantic walk on the beach with my wife. Itâ€™s just spectacular. Itâ€™s a perfect way to end the year. You know, 2019 has been quite a tricky year with a lot of ups and downs, and to come here and de-stress is just fantastic.â€

That approach clearly had its benefits, as his six birdies and just a single bogey in his second round showed. â€œIâ€™m very happy with how things went today,â€ he said. â€œI got off to a nice start this morning; a couple of birdies early which kind of settled the nerves a little bit. And then from there I just played great all day. Very low stress, always in play, gave myself a lot of opportunities and managed to convert a fair number of them and sitting 11-under-par going into the weekend is exactly where you want to be.â€

It was a dramatic change from the previous week at the Alfred Dunhill Championship where he played well enough but battled to make the cut. â€œPutting is an important component every week,â€ he said. â€œI think that was the missing factor I had last week because I felt like I hit the ball as good last week as I am this week, but I just didnâ€™t convert. It felt like your back was against the wall, whereas this week, Iâ€™m giving myself a lot of opportunities and managed to convert the majority of those and thatâ€™s why I see myself at the top of the leaderboard and not at the cut line like I was last week.â€

With things as relaxed for him as they are, heâ€™s upbeat about the action ahead of him for the weekend. â€œThe target for the weekend is to go as low as we can go, actually,â€ he said. â€œThe game feels quite comfortable and I know the guys will maybe tuck a few flags over the weekend, a little bit of breeze is forecast. Itâ€™s going to be a challenge and at the same time, thereâ€™s a lot of really top-quality players in the field, so youâ€™re going to go out and try to shoot as low as you can and, hopefully, by Sunday evening itâ€™s going to be enough.â€