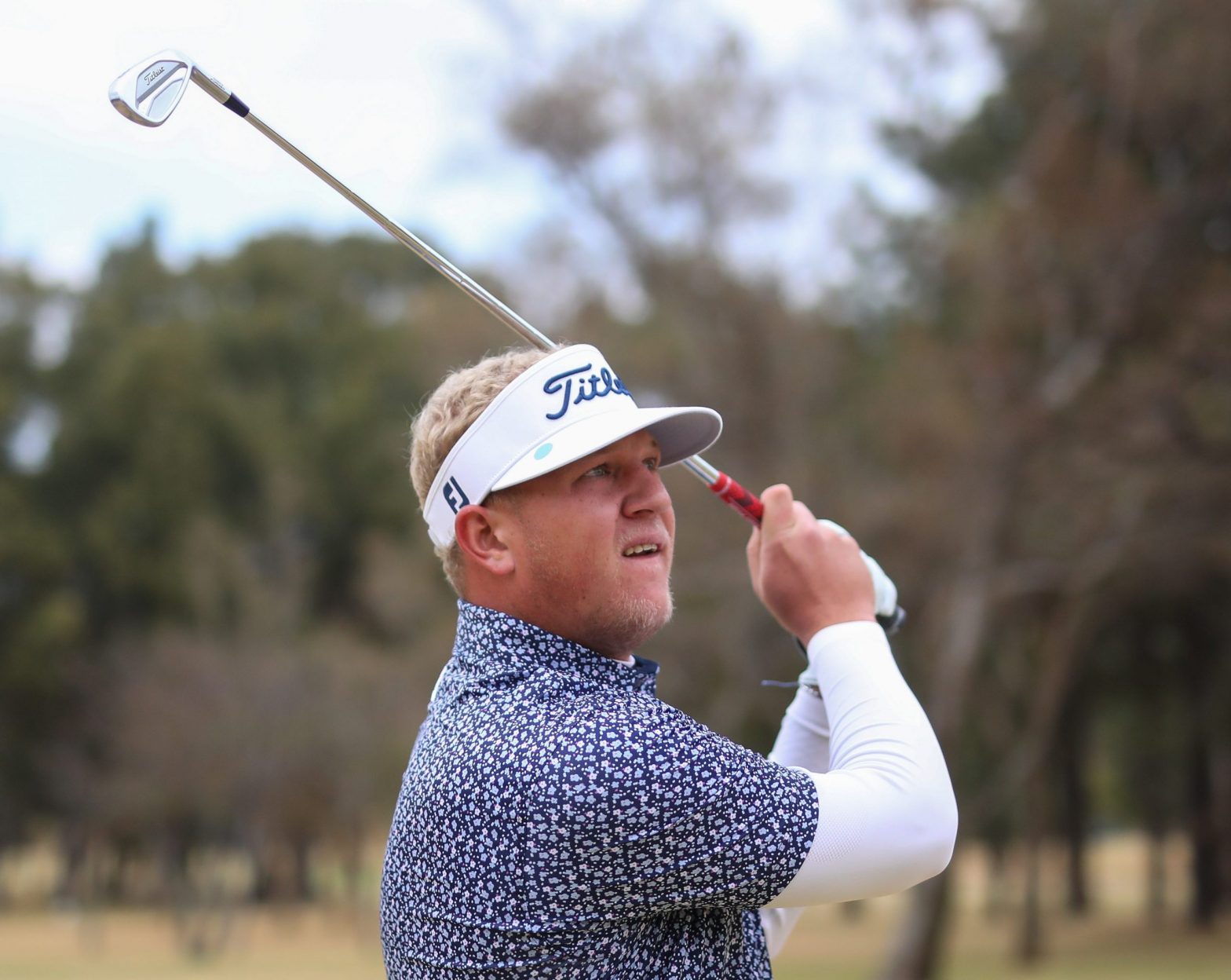 Tiger Woods is an obvious hero for any young golfer. But for Tristen Strydom, the golfer he looks up to is the man heâ€™ll play alongside in the final group on Friday as he and George Coetzee tee off tied for the lead of the Titleist Championship at Pretoria Country Club.

â€œItâ€™s going to be a dream come true to play alongside George in the final round,â€ said Strydom, whose 65 on Thursday lifted him into a share of the lead with Coetzee, who signed for a 70, on seven under par. And theyâ€™re four strokes clear of the rest of the field.

Itâ€™s certainly a special moment for Strydom, who won the Sunshine Tourâ€™s Qualifying School in March and is now chasing his maiden victory on the Tour. But win or lose on Friday, Strydom is determined to savour this moment.

â€œYou know, growing up and playing golf here at Pretoria Country Club as a boy, I always followed George and looked up to him. Iâ€™ve always admired him. To play with him in the final group on the final day will be so lekker.â€

This is Strydomâ€™s second season on Tour, and already he says he feels heâ€™s gained so much experience which he hopes will carry him through the nerves of being in contention in a final round.

The eight birdies â€“ starting with a 20-foot putt on the first â€“ , one eagle, one bogey and a double bogey on Thursday will tell you one part of the story of Strydomâ€™s journey to this point. But the hours he spent as a young boy chipping and putting around the Pretoria Country Club practice area until the sun set, working his way through the ranks as a top amateur, turning professional and then realising the real hard work had only begun, tells the other story of just why Fridayâ€™s final round with Coetzee is such a big moment for him.

â€œItâ€™s an opportunity, and Iâ€™m very excited. Win or lose, Iâ€™m just trying to play good golf and enjoy myself. You know, my first year on Tour last year was a big learning curve. The other golfers out here are really good. People donâ€™t always realise that. Everybody out here works hard and wants it just as badly as I want it. So the biggest thing Iâ€™ve learnt is patience. Out here, every shot counts. Itâ€™s a whole different world to amateur golf. Learning to accept the good and bad breaks out here is important.â€

Now Strydom has the opportunity to gain the one thing that could be even more important to him than even a victory on Friday. Playing alongside his golf hero and having worked his way into a share of the lead in a Sunshine Tour event, Strydom will know he has what it takes. And now he gets the chance to further measure himself against a multiple European Tour champion.

And that is a lekker feeling indeed. – Michael Vlismas.