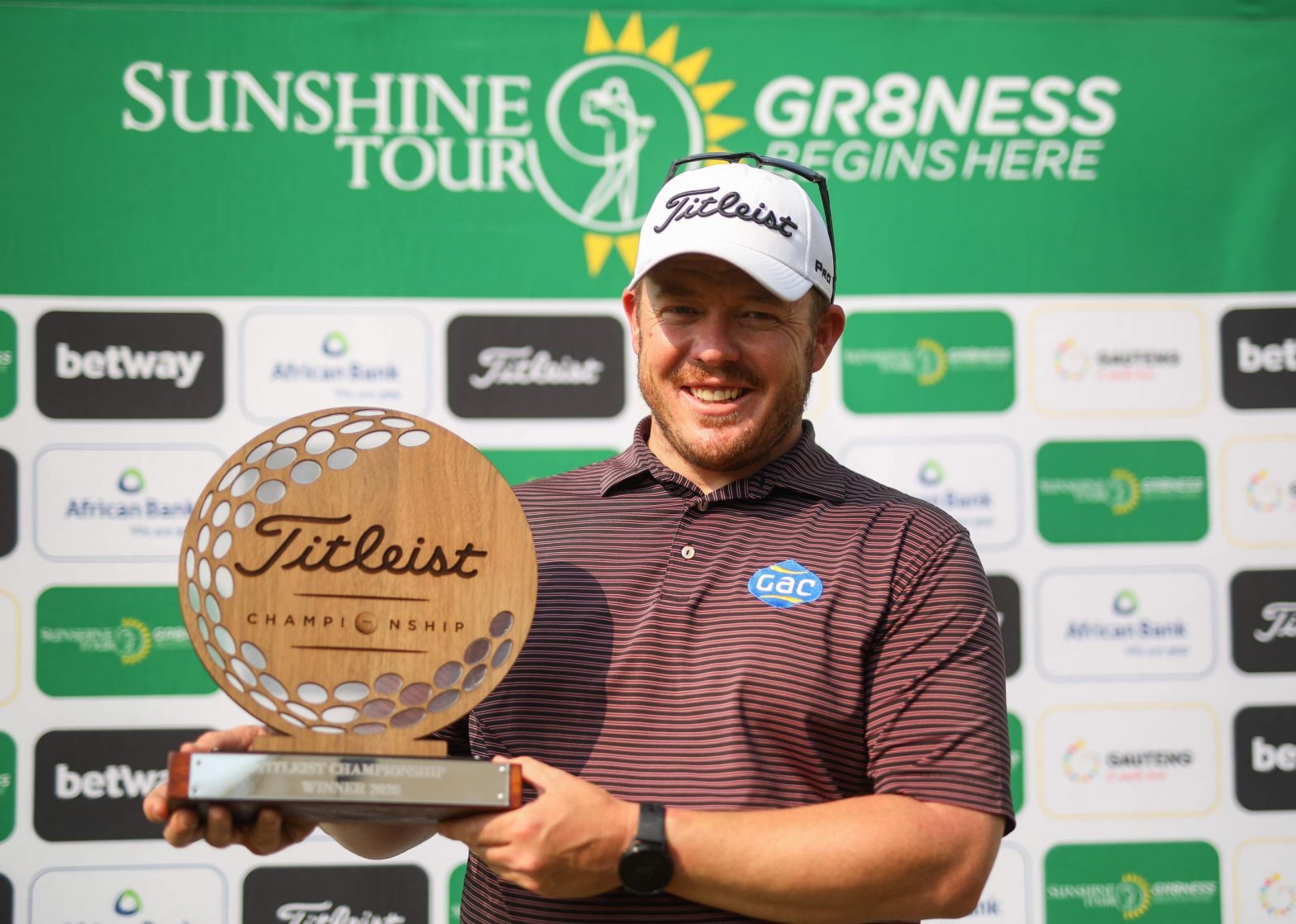 George Coetzee added yet another title to the many he has won at Pretoria Country Club over the years, claiming the Sunshine Tourâ€™s Titleist Championship by four shots on Friday.

There was a sense of inevitability to Coetzeeâ€™s triumph on a golf course he has known and loved since he first played it and won a tournament here at the age of 10, and where heâ€™s also won two European Tour titles in the 2015 and 2018 Tshwane Opens.

And now he can add the Titleist Championship to that list as he closed with a 66 to win this Rise-Up Series tournament on 13-under-par 203.

â€œItâ€™s a very special victory because Pretoria Country Club and Titleist have supported me my whole career, so to win with both involved this week is truly special,â€ he said.

â€œIâ€™m over the moon. Itâ€™s nice performing well when people expect it. Itâ€™s really nice to have pulled this off on my home course.â€

Teeing off tied for the lead with Tristen Strydom on seven under par, Coetzee struggled at the start as he opened with back-to-back bogeys. But it was his run of six birdies in seven holes from the fourth that distanced him from the rest of the field. Further birdies at holes 14 and 17 confirmed his victory.

This is Coetzeeâ€™s 11th victory on the Sunshine Tour, but perhaps more significant is that since 2014 heâ€™s only had one year â€“ 2017 â€“ in which he hasnâ€™t won at least once on the Tour.

Strydom closed with a 70 for sole second place on nine under par and his best finish on the Sunshine Tour since winning the Tourâ€™s Qualifying School in March.

Jaco Ahlers finished third on seven under with a final round of 67, and which keeps Ahlers at the top of the Betway Birdie Challenge with 42 birdies over the past nine rounds of the Rise-Up Series. Jaco Prinsloo is currently second here with 41 birdies, and Darren Fichardt is third with 38 birdies. The Betway Birdie Challenge will run for the full five tournaments on the series, with the leading birdie maker walking away with R25Â 000 at the end of the series, followed by R15Â 000 for second place and R10Â 000 for third.

The Rise-Up Series will take a break for the next two weeks before resuming with the fourth event on the series at ERPM Golf Club from 23-25 September.

â€œWell done to our champions of the past three weeks. I think our winners will remember this as a significant moment in South African professional golf as we restarted our schedule after lockdown, and they will be proud to go down as winners on the inaugural Rise-Up Series,â€ said Thomas Abt, Deputy Commissioner of the Sunshine Tour.

â€œItâ€™s been a great three weeks for us, going off without a hitch. And Iâ€™m sure the next two weeks of tournaments will be even better.â€ – Michael Vlismas