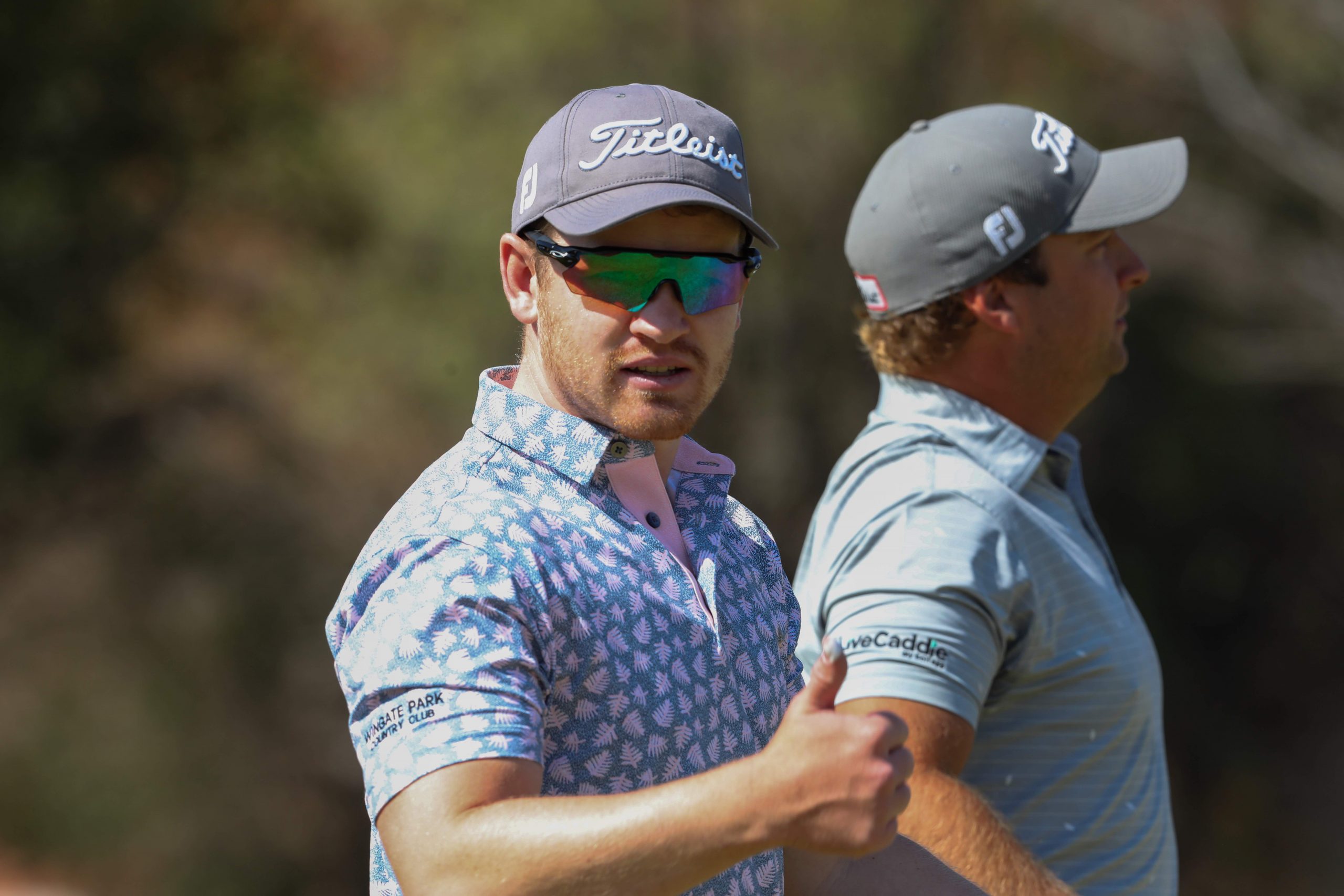 Estiaan Conradie and Fredrik From proved on Thursday in the first round of the Bain’s Whisky Ubunye Championship at Blue Valley Golf Estate that neither ultra-aggression nor a conservative approach is an illness when it comes to the game of golf.

Conradie and From combined superbly in the betterball format on the first day of the R1.2 million event to claim a three-stroke lead, with 13 birdies and an eagle giving them a score of 15-under-par 57.

They finished three strokes clear of Martin Rohwer and Merrick Bremner on 12-under-par 60, while Jaco Prinsloo and Clinton Grobler, Heinrich Bruiners and Jacquin Hess, and Luca Filippi and Ryan van Velzen all posted 11-under 61s.

“It was a lot of fun. I enjoy betterball. It helps to be an aggressive player like me, with my partner backing me up really well. We worked well together and I’m super-happy,” Conradie said after the first round.

“Our style is a bit of a mix-and-match, but it worked for us with me being more aggressive and Fredrik more conservative.”

The fact that Conradie and the 33-year-old From dovetailed so well with their different styles of play actually complementing each other meant they were cruising from the start of their round.

Teeing off at the 10th hole of the Gary Player-designed course, Conradie and his Swedish partner birdied four of their first six holes, and he said they were in a happy mood as they approached the turn.

“We were in good spirits and then we got five birdies in a row, so we were really happy when we reached the par-five third. I hit the middle of the fairway and then Fredrik was in the middle of the green, 20-25 feet away in two and I put my second 10-12 feet behind the flag. He left his putt just short, which meant I had like a free putt and the perfect line. That was a really nice eagle to get,” he said.

Conditions were perfect for low-scoring on Thursday, but the 24-year-old Conradie said he expects the foursomes in the second round to throw up some different challenges.

“Conditions were perfect, there was just a light breeze and the greens were pretty good. You can’t ask for much better conditions to play golf. But playing foursomes means things will change a bit. But we’ve worked on our gameplan and our style of play will work quite well, I think.

“Foursomes has been a focus for us because we have not played a lot together and it’s something we’ll need to be good at. We have high hopes,” Conradie said.

The golfers will return to the betterball format for the third and final round on Saturday.