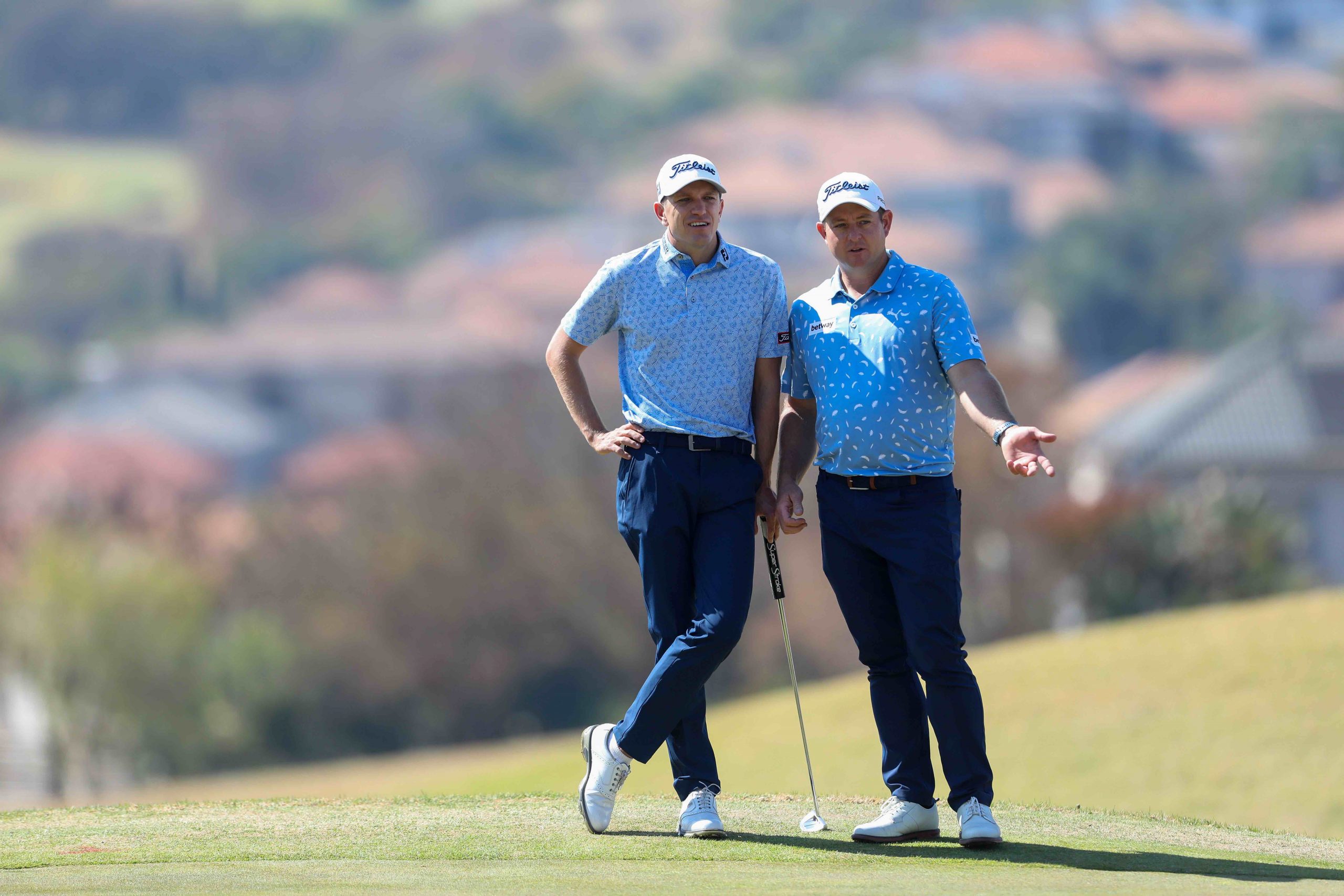 Merrick Bremner is one of the longest hitters on the Sunshine Tour and his playing partner Martin Rohwer was delighted to be on his team as they surged into the lead in the Bain’s Whisky Ubunye Championship at Blue Valley Golf Estate on Friday.

Rohwer and Bremner dominated the foursomes in the second round of this R1.2 million event, shooting a six-under-par 66, the low round of the day. That left them on 18-under-par overall going into Saturday’s final round, when the format returns to betterball.

The pair of Durbanites are four shots ahead of Danie van Tonder and MJ Viljoen (67), and Jaco Prinsloo and Clinton Grobler (69) on 14-under, while Luke Brown and Hayden Griffiths, and Luca Filippi and Ryan van Velzen, are on 13-under-par.

The seasoned duo of George Coetzee and Darren Fichardt are a further stroke back.

“Merrick is awesome to play with,” Rohwer said after their round of seven birdies and just one bogey, on their penultimate hole, the par-three eighth. “He has a cool head on his shoulders and is very chill. He makes it easy for me to relax and play my own game. And of course he hits it miles. I can’t remember how many lob-wedges or sand-wedges I had going into the green, but that obviously makes a big difference,” Rohwer said.

The 28-year-old Rohwer said he and Bremner had decided to use the same strategy for the foursomes as they did in the first-round betterball, in which they shot 60 to finish three behind leaders Estiaan Conradie and Fredrick From, who slipped down the leaderboard on Friday with a three-over 75 leaving them with Coetzee and Fichardt on 12-under-par.

And there will be no change of plan for Rohwer and Bremner in Saturday’s final round.

“It was a great day and we both played really well,” Rohwer said. “We took the same mindset we had yesterday (Thursday) into today (Friday) and that was just to try and birdie every single hole. Keeping our foot on the gas for the whole round really helped us for shooting 66. On the holes where there is risk-and-reward, it meant the first one off would go for it and if they pulled off the shot, then there was licence for the second shot to be aggressive as well.”

“Even though you tend to play a little safer in foursomes because you can end up with only one chance, being pretty aggressive helped us. So we’ll have pretty much the same gameplan for the final round. You’ve got to play well whenever you’re in with a shout in the final round. You can’t expect average golf to get the job done.

“So we will stick to the same gameplan as the first day betterball and try and give ourselves as many opportunities as we can, as many looks as we can. If we give ourselves two chances on every hole then anything can happen,” Rohwer said.