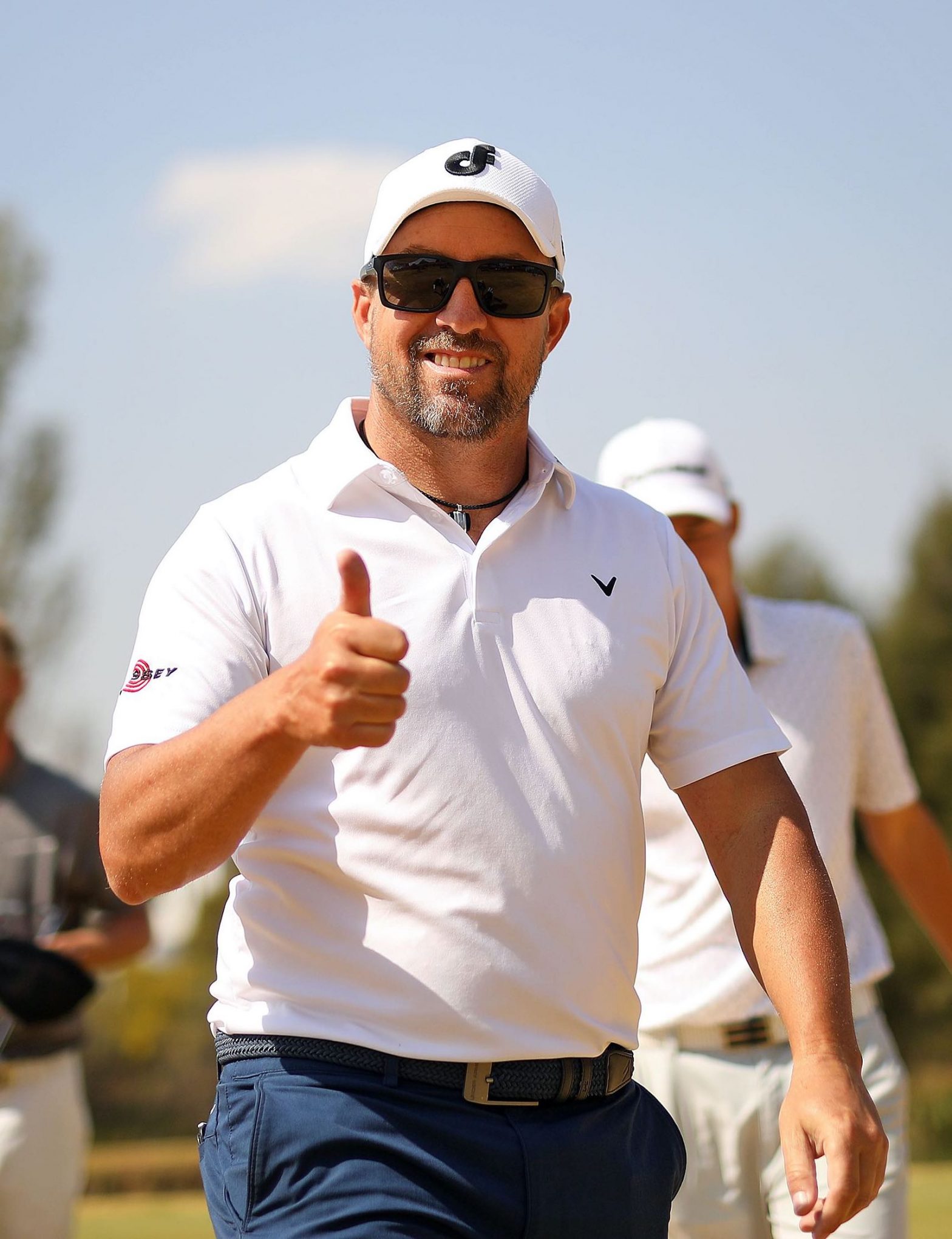 With a two-week break in the new five-tournament Rise-Up Series, itâ€™s a good time to look back at the past three events of what has been an historic series that ended a six-month COVID-19 lockdown and marked the official restart of the Sunshine Tour.

The restart of professional golf in South Africa presented a unique challenge for the Tour. But it was one that was overcome with a comprehensive risk mitigation strategy that incorporated the official GolfRSA Risk Mitigation Strategy as approved by the National Institute for Communicable Diseases (NICD) and elements of the strategies that have been employed by the PGA Tour and the European Tour in their restarts.

â€œItâ€™s been a great three weeks for us, going off without a hitch. And Iâ€™m sure the next two weeks of tournaments will be even better,â€ said Thomas Abt, Deputy Commissioner of the Sunshine Tour.

The Rise-Up Series teed off with the Betway Championship at Killarney Country Club, and on perhaps one of the coldest mornings in Sunshine Tour history.

With sub-zero temperatures welcoming the professionals back in action, it was Benoni professional Pieter Moolman who had the honour of leading the field as the first player out.

â€œIt felt great to feel that excitement for the new season and to actually be playing a tournament again. I think weâ€™re all craving that adrenaline and excitement on the golf course, and making birdies,â€ he said.

Dylan Mostert led the first round by a single stroke with a three-under-par 67, and on a tough day when only eight players in the field broke par. In the second round, Alex Haindl emerged as the new leader with a 67 that took him one clear of the field on three-under-par 137. Anton Haig was also in the mix as he continued his comeback.

But in the final round, it was Darren Fichardt who stormed through the field with a 64 to win by one shot on three-under-par 207 and claim his 18th title on the Sunshine Tour. Ulrich van den Berg came inches close to holing his long birdie putt at the last that would have forced a playoff, and he settled for second place on two-under 208.

The win was also Fichardtâ€™s second victory this year after winning the Eye of Africa PGA Championship in January.

Young star Jayden Schaper made his presence felt as he challenged for a maiden title on the Tour. Schaper was two shots off the first-round lead held by Martin Rohwer. And then he shared the 36-hole lead with Rohwer and Daniel van Tonder.

But on the final day, Van Tonder was able to pull it through with a bogey-free 68 that earned him a three-shot victory on 11 under par 205.

And Jaco Ahlers took the lead in the Betway Birdie Challenge through two tournaments on the Rise-Up Series with 29 birdies.

From there the Series moved to Pretoria Country Club for the Titleist Championship.

George Coetzee was the outright favourite here on a course heâ€™s played since the age of 10 when he won his first tournament as a junior, and where heâ€™s won two of his four European Tour titles in the 2015 and 2018 Tshwane Opens.

He shared the first-round lead with Hennie Oâ€™Kennedy after both signed for rounds of 67. On day two, Tristen Strydom joined Coetzee in a tie for the lead on seven under par. Strydom was delighted at the prospect of teeing off in the final round with a golfer he calls his hero.

â€œYou know, growing up and playing golf here at Pretoria Country Club as a boy, I always followed George and looked up to him. Iâ€™ve always admired him. To play with him in the final group on the final day will be so lekker,â€ he said.

But there was nothing to stop Coetzee on the final day as he closed with a 66 to win by four shots.

â€œItâ€™s a very special victory because Pretoria Country Club and Titleist have supported me my whole career, so to win with both involved this week is truly special,â€ he said.

Jaco Ahlers maintained his position as the leader of the Betway Birdie Challenge with 42 birdies over the past nine rounds of the Rise-Up Series. Jaco Prinsloo is currently second here with 41 birdies, and Darren Fichardt is third with 38 birdies and with just the final two tournaments to come.

The next event on the Rise-Up Series will be at ERPM Golf Club from 23-25 September. â€“ Michael Vlismas.

â€œYou canâ€™t just play with your mates for a pie and a Coke and think your game is fine. You want to test it in a tournament where youâ€™re playing for money.â€ â€“ Jake Roos welcoming a return to competition in the Betway Championship as he stressed the difference between social and competitive golf.

â€œIâ€™ve changed the way I eat and Iâ€™ve lost about 20 kilogrammes. I follow a plan of intermittent fasting and itâ€™s made a huge difference. I feel a lot better and have actually gained distance because Iâ€™m a bit more supple. So everything feels a bit more consistent now.â€ â€“ Daniel van Tonder explains his new diet of intermittent fasting and how it played a part in his victory in the African Bank Sunshine Tour Championship.