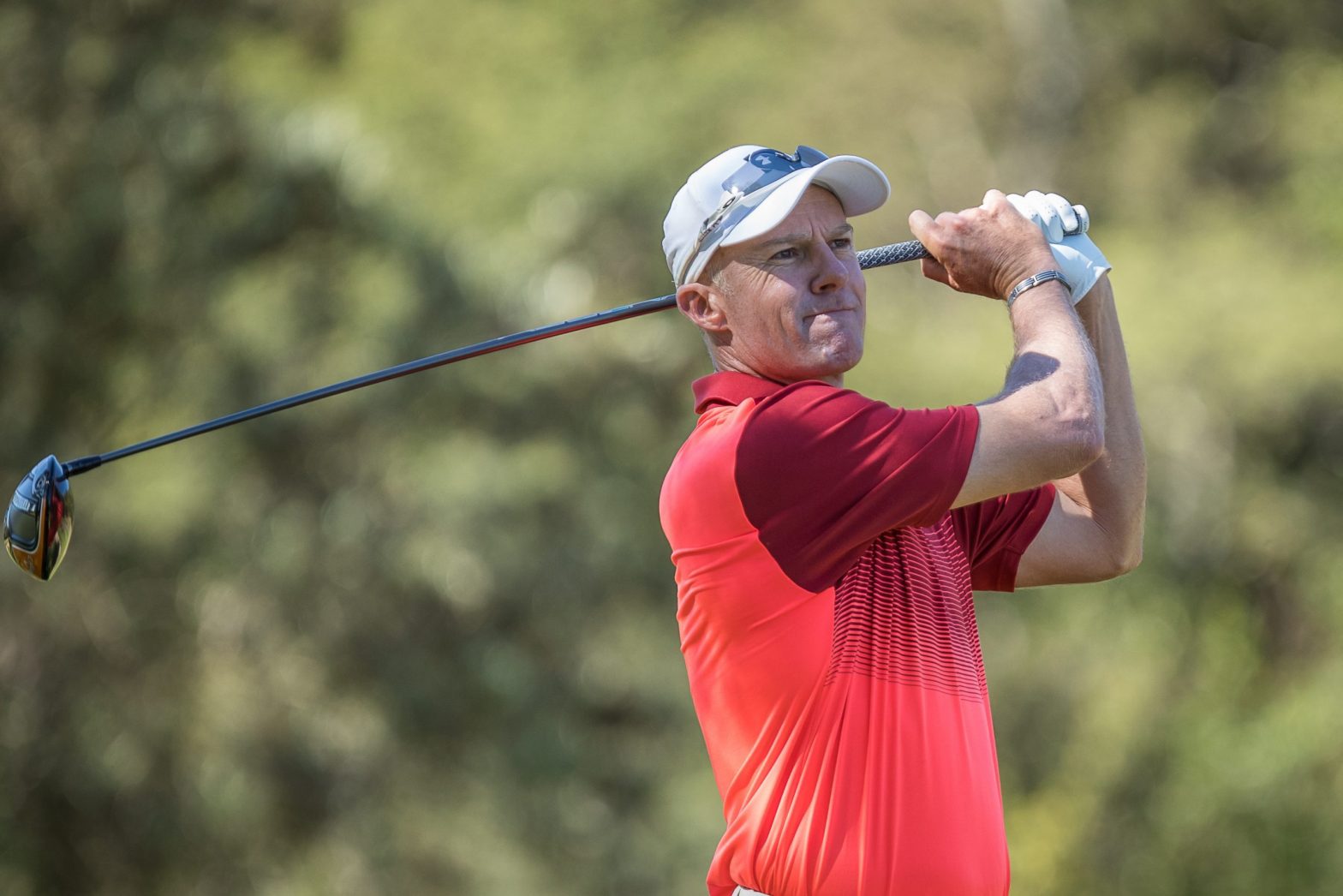 Ulrich van den Berg turned back the clock and signed for a bogey-free round of eight-under-par 64 to share the first-round lead with Jared Harvey in the Sunshine Tourâ€™s Players Championship at Dainfern Golf Estate on Thursday.

They are one stroke clear of Jacques Blaauw, Ruan Conradie, Jaco Prinsloo, Steve Surry, Jake Roos, Oliver Bekker, James Kingston and Roberto Lupini who all opened with rounds of 65.

It was an opening day of aggressive scoring on a golf course suited to that game, and Van Den Berg certainly took advantage to put himself back at the top of a Sunshine Tour leaderboard for the first time in a while.

Van Den Berg followed a decorated amateur career with seven victories on the Sunshine Tour, his last coming in 2013. But a hip injury that eventually required surgery in 2019 kept him away from the game for all of that year, and heâ€™s spent a large part of recent months working more than playing golf.

â€œBy the time I had the hip operation in March 2019 I was very badly inhibited in terms of my swing,â€ said Van Den Berg.

â€œThe hip op put me out for the rest of that year. But fortunately it was a successful operation. I am now playing pain-free golf for the first time in a while, and it feels amazing. It feels like I have a new lease on my career.â€

Van Den Berg has certainly shown a welcome return to form of late. He finished second in the Betway Championship on the Sunshine Tourâ€™s Rise-Up Series after the lockdown last year. He then had a share of fourth in the Vodacom Championship Unlocked on the same series.

The Johannesburg professional teed off the 10th on Thursday and opened with a birdie. He added a further three birdies to the turn, and then came home with two birdies and an eagle.

â€œIâ€™m thrilled with the round.It was just a really steady round of golf, and I putted very well. Iâ€™ve also had past success at Dainfern so the comfort level here is high for me. Iâ€™m just enjoying myself out there.â€

In the group behind him, the 55-year-old Kingston is hoping to show up the younger players on Tour over the next three rounds.

And Conradie is certainly relishing the current run of tournaments on the Sunshine Tour. â€œItâ€™s really nice to get that rhythm going where you are playing for a few weeks in a row, and then to get a low round like this in there. Itâ€™s just nice to get going again and find some normality,â€ he said.