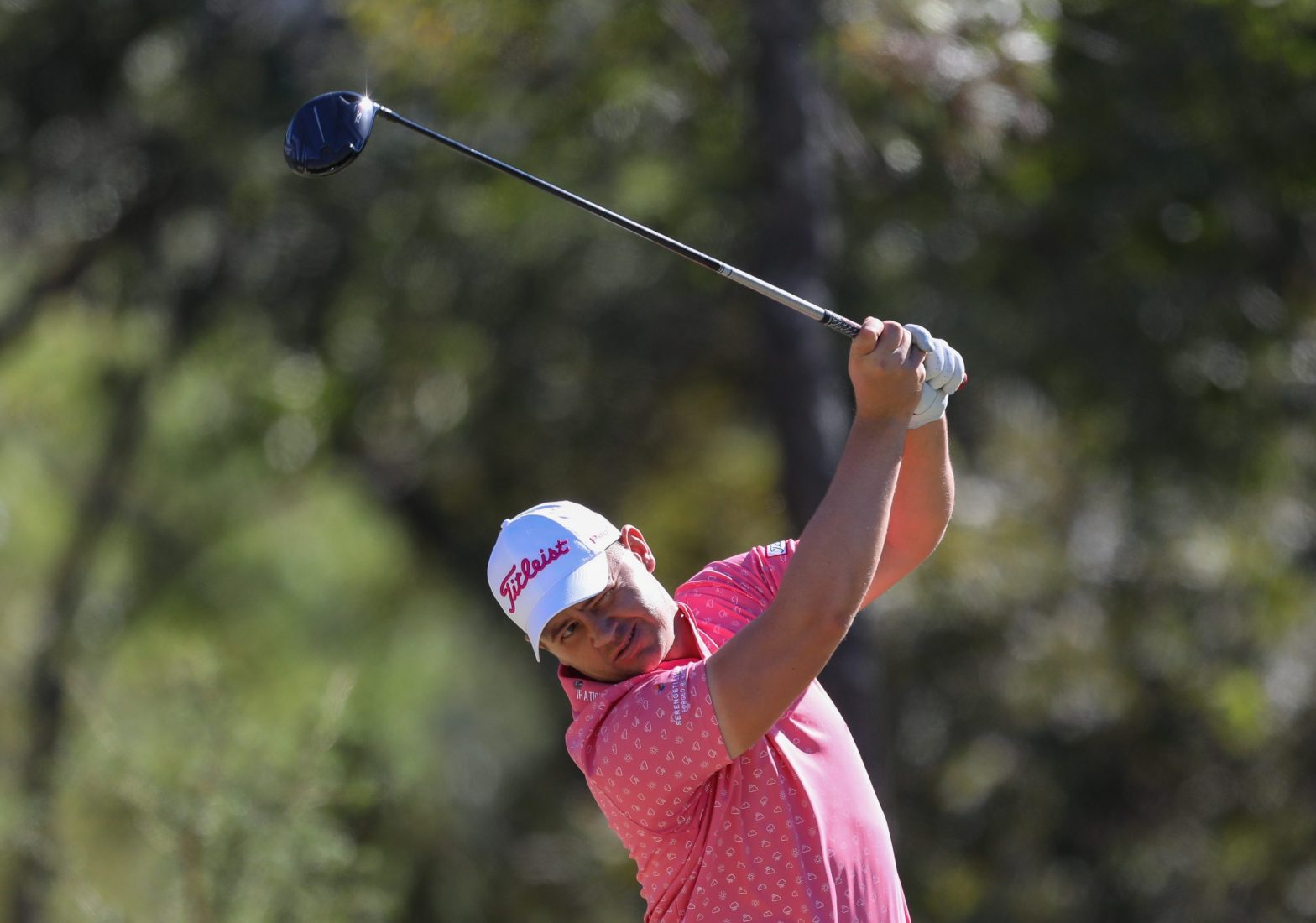 Daniel van Tonder has worked his way into a dream position going into the weekend of his first Open Championship and finds himself well in contention at Royal St Georgeâ€™s.

Van Tonder, playing in only the second Major of his career, signed for a second round of 66 on Friday to climb to six under par overall. At the time of writing he was only three strokes off the clubhouse lead of nine under held by American Collin Morikawa.

â€œIâ€™m here for the weekend and just enjoying every moment,â€ said Van Tonder, who has been on an incredible run of form. Since winning the African Bank Sunshine Tour Championship in August 2020, Van Tonder went on to win another four titles in seven months including a maiden European Tour victory. That run earned him a spot in his first Major, this yearâ€™s PGA Championship, courtesy of an invitation from the PGA of America.

And now heâ€™s contending in the oldest Major in golf.

â€œIâ€™m very happy. I did leave a few putts out there but other than that Iâ€™m happy with my performance. I was in trouble a few times, but I managed to muscle it out of there and recover from that,â€ he said.

â€œI made a birdie on the eighth and from there it just felt a bit easier, with me and my wife just agreeing on everything, you know. She trusts my aggressiveness on the course with a few shots. Other than that, I just enjoyed it.â€

And Van Tonder has no problem with conditions becoming tricky on the weekend.

â€œAs long as the wind keeps on blowing, Iâ€™m very happy about that.â€

Fellow South African Justin Harding also kept himself in contention with a 67 that saw him join Van Tonder on six under going into the weekend. Shaun Norris finished his day on three over for the championship after a 71. Jaco Ahlers came into the clubhouse on seven over par following his 79.