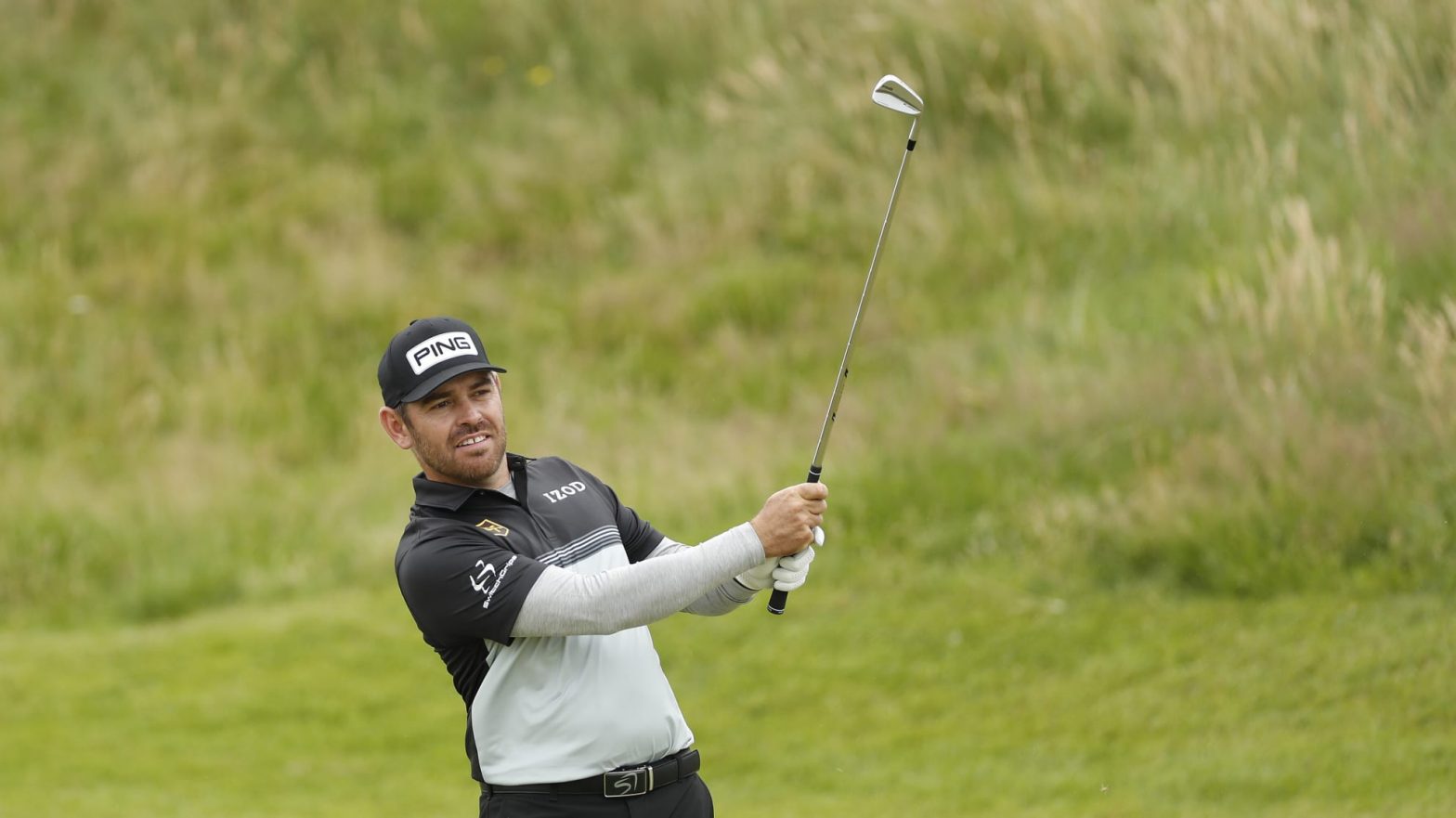 Louis Oosthuizen made another strong push for a second Major when he shot to the top of the leaderboard on day one of The Open at Royal St Georgeâ€™s on Thursday.

Oosthuizen opened with a bogey-free six-under-par 64 on the par-70 English links to take the first-round lead by one stroke over Jordan Spieth and Brian Harman.

That puts the South African in contention once again in the Majors this year after he has finished second in the last two Majors in his bid to add to his sole triumph in The Open in 2010. And he came into this week with a career six runner-up finishes in the Majors, and â€œworking harder than everâ€ to claim a victory.

â€œThat was probably, in my mind, the most perfect round I could have played,” said Oosthuizen. â€œI didnâ€™t make many mistakes. When I had good opportunities for birdie, I made the putts. So yeah, just a very good solid round.â€

Oosthuizen praised his ability to remain patient during the round after he opened with seven straight pars before his first birdie at the eighth hole for a run of three consecutive birdies in that stretch.

â€œIâ€™ve learnt over the years of playing Major championships that patience is the key thing, and even if you make bogeys, know that a lot of people are going to make bogeys. I was just very patient. I was trying to just hit my shots and didnâ€™t really hit anything close enough to make birdies those first few holes, and then all of a sudden just made two good putts on eight and nine and got the ball rolling. It happened quickly, but you still need to put yourself in those positions, and I felt definitely that the last 10, 11 holes I gave myself a lot of opportunities.â€

â€œWe got the good tee time. I think Iâ€™ve played in one Open in the past where I had like a 3:30pm tee time and it took forever to get started. I was pleased to get an early tee time and get cracking. I played well and managed my game nicely. I only really hit one poor tee shot where it kind of bit me, and ultimately, Iâ€™m just quite pleased with the way I finished the round off.

â€œThe golf course is a tough test. There were some really tricky pins out there. I feel like the wind was picking up on the back nine as well. The course is only going to get firmer and faster. It should just be a good test throughout the week. You canâ€™t hit it all over the place here and expect to play well. Itâ€™s one of those golf courses which will reward good golf and punish bad golf.â€

Christiaan Bezuidenhout opened with a two-under-par 68 and said he was not only happy with his performance, but also thoroughly enjoyed playing in front of a gallery of fans.

â€œThe golf course was pretty scoreable this morning. It played pretty soft and you could attack the flags. Overall, it was a solid day and I played solid golf from tee to green, so Iâ€™m really happy with where my game is at. Itâ€™s great to have the fans back, especially at The Open where the fans really enjoy their golf. They are really encouraging out there.â€

Garrick Higgo didnâ€™t get the start he wanted as he signed for a three-over-par 73.

â€œI just didnâ€™t get it going on the greens to be honest. But my ball striking was better than itâ€™s been for a while. It was a bit frustrating that I couldnâ€™t get it under par. But I have a good group Iâ€™m playing in, so hopefully I can produce a nice low one tomorrow. I played the British Amateur here in 2017. Obviously the course is playing a lot longer than it did then. But itâ€™s nice to play a Major on a course that you have played before. I love this course.â€

Of the other South Africans in the field, Daniel van Tonder and Jaco Ahlers both signed for opening rounds of two under 68, Erik van Rooyen carded a 69, Dean Burmester posted a level-par 70, JC Ritchie signed for a 71, and Ernie Els, Branden Grace and Shaun Norris all opened with rounds of 72. â€“ Sunshine Tour/European Tour/The Open.