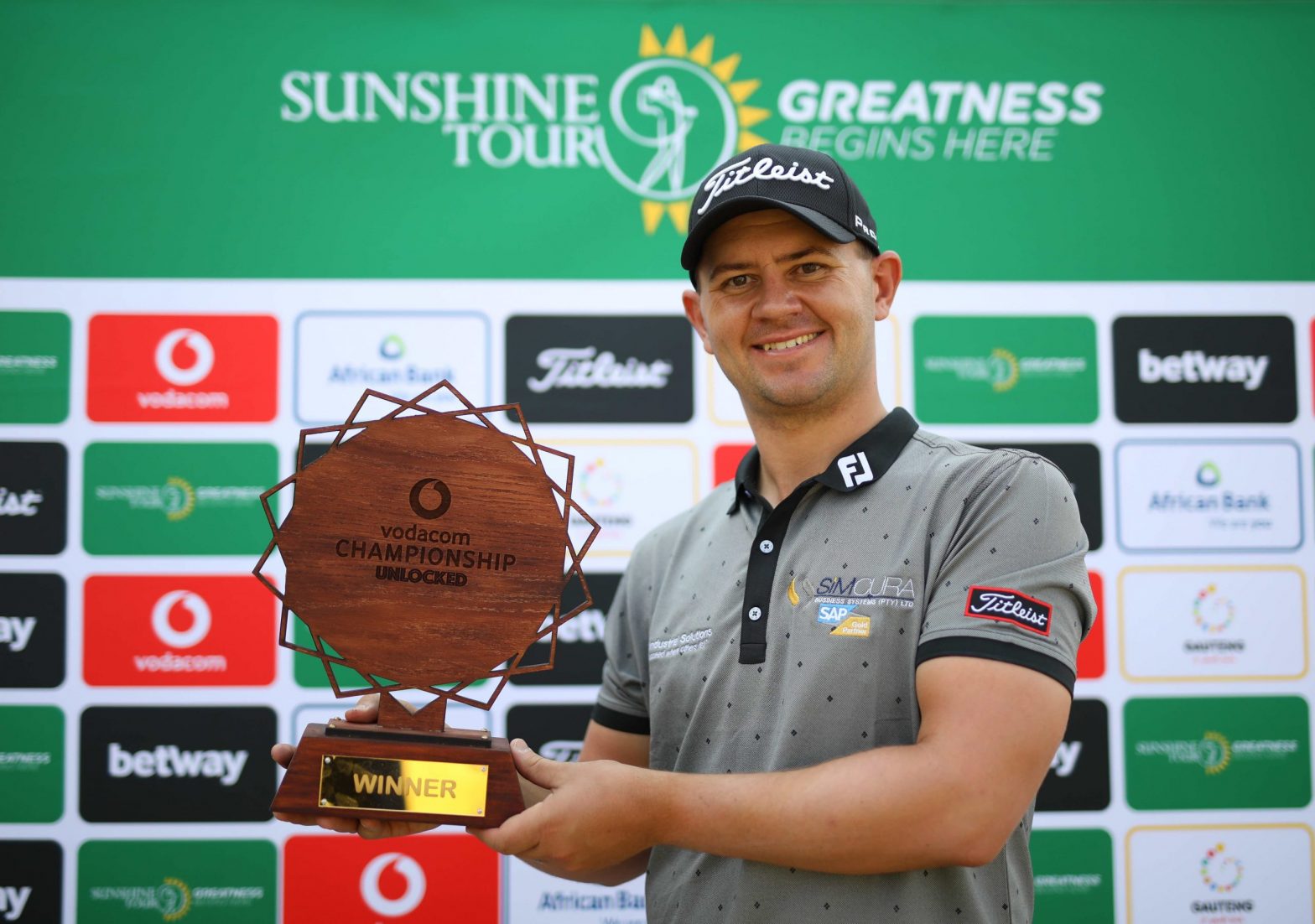 Daniel van Tonder claimed his second victory on the Sunshine Tourâ€™s new Rise-Up Series when he won the Vodacom Championship Unlocked by one stroke at ERPM Golf Club on Friday.

Van Tonder closed with a final round of 67 to win on 13 under par 203, one clear of MJ Viljoen. Viljoen had led for 36 holes of this 54-hole tournament but was unable to maintain his challenge. Viljoen did make for a close finish though as he needed a birdie at the last to force a playoff, but had to settle for a par instead and a closing 73. Pieter Moolman took third place on 11 under par with a final round of 67.

This is Van Tonderâ€™s second victory on the Series following his triumph in the African Bank Sunshine Tour Championship.

â€œIt feels awesome. Iâ€™ve been putting in a lot of hard work and just doing my own thing. My whole game from tee to green feels good, and I think that just comes from the all the practice Iâ€™ve been doing,â€ said Van Tonder, who said he would like to use his victory to raise awareness for mesothelioma, a rare form of cancer that his wifeâ€™s grandfather has recently been diagnosed with.

Van Tonder started the final round five shots off Viljoenâ€™s lead and birdied his first two holes to make an immediate impact. He was back to level par for the day through his first seven holes though. But then came a run of five birdies in eight holes that effectively carried him to victory.

â€œIt was fun out there. The wind was blowing quite a bit, but I had checked the weather the night before so I expected it to blow. In a way I was looking forward to it because I knew that in the wind, five shots back wouldnâ€™t be too much to make up. My game is suited to the wind and I play quite aggressively when itâ€™s blowing,â€ he said.

And Ahlers was himself full of praise for Van Tonderâ€™s performance on this Series to date.

â€œI think weâ€™ll see a lot more from Daniel. Heâ€™s such a good ball striker. His swing is his own, but he repeats it so well and thatâ€™s what you need.â€ – Michael Vlismas.