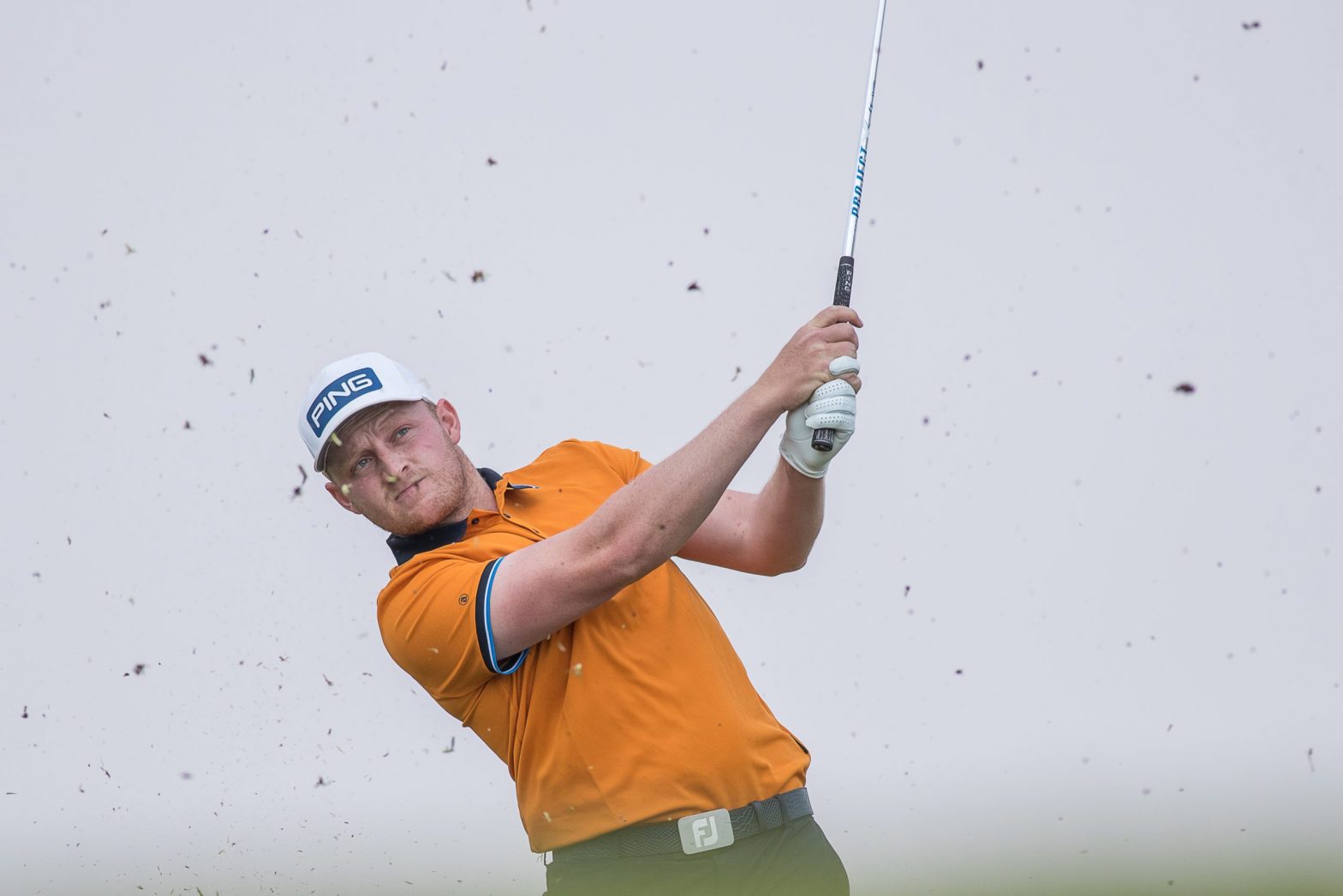 When the swing changes heâ€™s been working on finally fell into place for Albert Venter, they did so with a glorious 62 that has put him top of the leaderboard going into Fridayâ€™s final round of the Sunshine Tour Invitational at Centurion Country Club.

Venterâ€™s round of 12 birdies lifted him to 16 under par through 36 holes of this 54-hole tournament. There was a double bogey on his card, but that will hardly trouble him as he takes a two-stroke lead into a final day where heâ€™s chasing his maiden victory on the Sunshine Tour.

â€œIâ€™ve been doing a lot of good work with my coach and making a few swing changes there. Itâ€™s just been a learning curve for me to be able to take that into tournaments. Today that happened and everything just fell into place,â€ said Venter.

His coach is none other than Grant Veenstra, who has developed a huge following on Tour as a man helping some of South Africaâ€™s finest professionals reach their full potential.

â€œGrant has been on the Sunshine Tour and he knows what it takes to play good golf out here. He explains things with a focus on performance and not just on statistics,â€ said Venter, who hit both the performance and the right numbers on Thursday.

â€œIt was just a decent ball striking day. I also gave myself a lot of chances on the greens. But giving yourself chances is one thing, and actually converting them is the key. My putting is pretty decent at the moment and I feel like if I give myself opportunities Iâ€™ll make the putt.â€

â€œI stuck to my gameplan very nicely. My first round 66 was good, but it felt like I couldâ€™ve done better. So Iâ€™m really pleased.â€

Venter will have the experience Jaco van Zyl as his nearest challenger on Friday. Van Zyl posted his second consecutive 65 to climb to 14 under par overall. And Jacques Kruyswijk is currently third on 13 under following a second round of 64.

Venter certainly knows what itâ€™s like to contend and win, having already done so on the Big Easy Tour. A finish of fourth in the recent SunBet Challenge hosted by Time Square also took him a step closer to winning on the Sunshine Tour, which is his next goal.

â€œIâ€™ve got a great opportunity to do that. The standard on the Sunshine Tour is very good, but Iâ€™m not going to focus on who I need to beat. I just want to beat the golf course on the day, and hopefully thatâ€™s good enough to win. My main goal as an amateur was to get onto the Sunshine Tour, because as they say, â€˜Greatness Begins Hereâ€™.â€ – Michael Vlismas