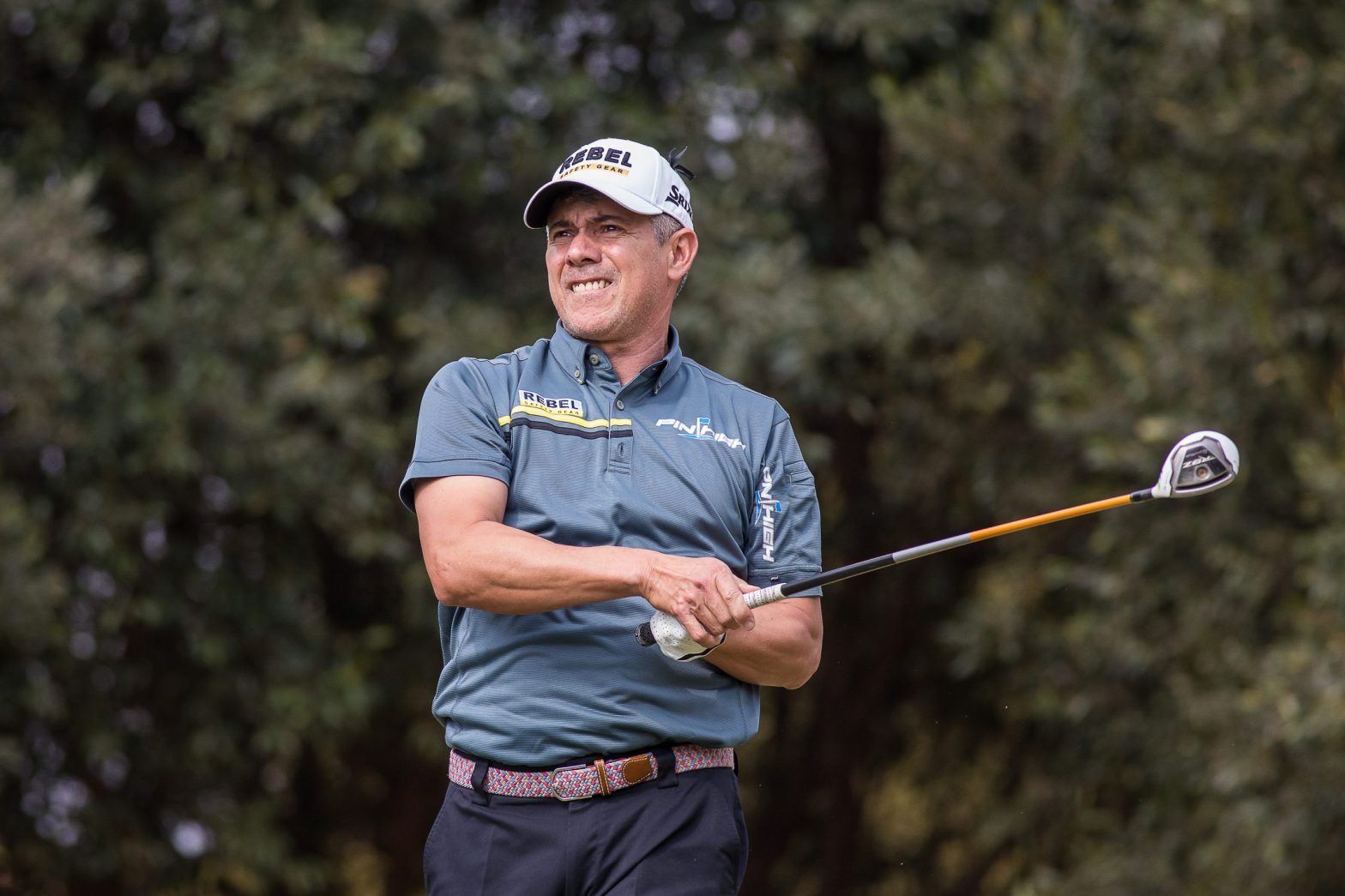 Veteran Sunshine Tour professional Adilson da Silva found himself amongst the younger trio of Estiaan Conradie, Michael Palmer and Jaco van Zyl when he joined them at the top of the first-round leaderboard at the Sunshine Tour Invitational at Centurion Country Club on Wednesday.

The 49-year-old Da Silva opened with a seven-under-par 65 in which he birdied four of his final five holes for a share of the lead with the 23-year-old Conradie, the 31-year-old Palmer and the 42-year-old Van Zyl.

They are all one stroke clear of the trio of Steve Surry, Jean Hugo and Albert Venter. And in a group of players two strokes off the lead lies Ruan Conradie, brother of co-leader Estiaan.

At the top of the leaderboard, Conradie is looking for his second victory in three tournaments after making his breakthrough with a win in the SunBet Challenge hosted by Time Square. Palmer is also chasing a second Sunshine Tour title after his maiden win in the 2018 KCB Karen Masters. And Van Zyl is looking to get back to the form that won him 15 Sunshine Tour titles, the last of which came in 2016.

But Da Silva will most likely have had the biggest smile considering heâ€™s a year away from becoming a senior golfer and has a professional career that started a year before Francois Pienaar was still leading the Springboks to Rugby World Cup glory at Ellis Park.

â€œIâ€™m thrilled to be amongst the leaders, especially because over the last couple of events Iâ€™ve really struggled to remain focused. Itâ€™s been so hard for me to stay focused and I think itâ€™s just because Iâ€™m struggling to get that tournament mindset going again after the long breaks weâ€™ve had between tournaments,â€ said Da Silva.

â€œI felt like that again at the start of the round and I was a bit worried. But I just kept pushing myself to stay in the present and not get ahead of myself. Then one or two putts went in and itâ€™s amazing the difference that makes. It gives you so much confidence and suddenly you feel like you can hole anything.â€

Thatâ€™s exactly what Da Silva did on the back nine with that strong finish, and including a chip-in for birdie on the 16th.

And itâ€™s given him a great start as he looks to claim his first Sunshine Tour title since 2013. – Michael Vlismas