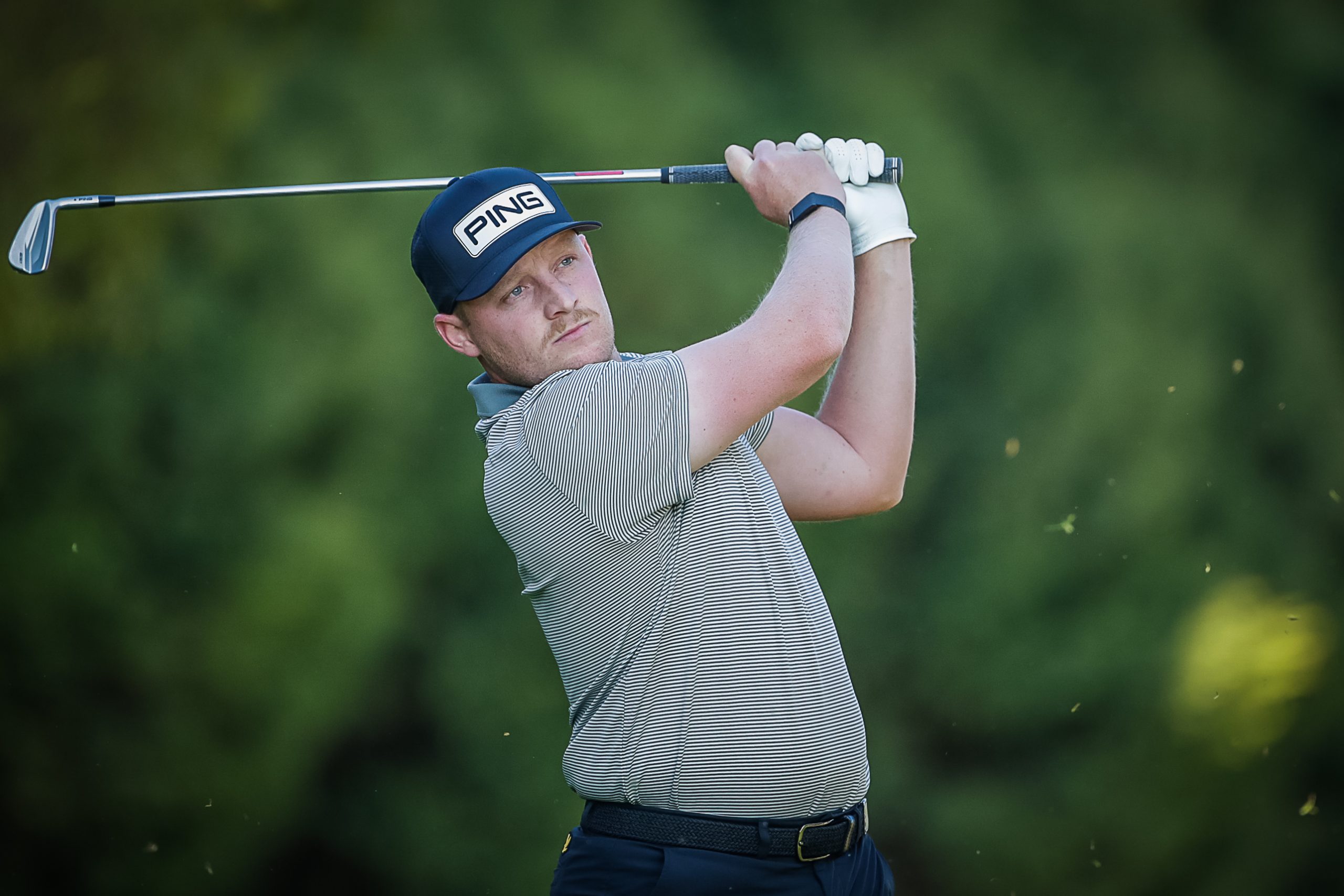 PRETORIA, Gauteng – Albert Venter led by four strokes after the first round of the SunBet Challenge hosted by Time Square Casino at the Wingate Park Country Club and the 26-year-old ensured he kept the door closed on his rivals in Thursday’s second round as he posted a solid three-under-par 69 to stretch that advantage to five strokes.

Venter will head into the final round on 12-under-par for the tournament, having shot a brilliant 63 in the first round.

There was a blustery wind in Pretoria on Thursday, just the sort of conditions in which a golfer could blow a lead on the hard and fast greens of Wingate Park, and Venter began his round cautiously, being level-par, with a birdie and a bogey, through his first eight holes.

But he was then able to tear around the turn with three birdies in the next four holes. Six straight pars coming in on the front nine completed a round which could only be considered a success.

“The wind picked up a lot today so my first few holes were not too bad. It was definitely trickier today to figure out which way it was blowing. Because the course is tree-lined, it swirls around a bit,” Venter said.

“There were quite difficult decisions to make over which irons to play. But we predicted the wind would pick up and the plan was to get my score as low as possible to build a bit of a cushion. Thankfully I kept my head in the game and managed to get a decent score. I can’t control what the other golfers do, but I am in a really good position,” Venter said.

On a hard day to shoot a really low score, Estiaan Conradie (69) and Jean Hugo (68) did really well to position themselves as Venter’s closest challengers, on seven-under-par.

Luke Brown produced the round of the day, a 66 that included seven birdies, to join Ruan Korb (70) on six-under for the tournament.

Venter won the Zimbabwe Open in May for his maiden Sunshine Tour title and will be able to learn from that experience in Friday’s final round.

“The big thing about winning is trying to get into those positions more and more, trying to get used to the atmosphere and nerves you face on the final day,” the Silver Lakes golfer said.

“I’ve been in quite a few situations like that in the last few years, although I wouldn’t say I’m experienced. But I’ve been in the situation before and I know how to deal with the nerves and the adrenaline. I can’t get ahead of myself, I have to stay patient and stick to my guns,” Venter said.