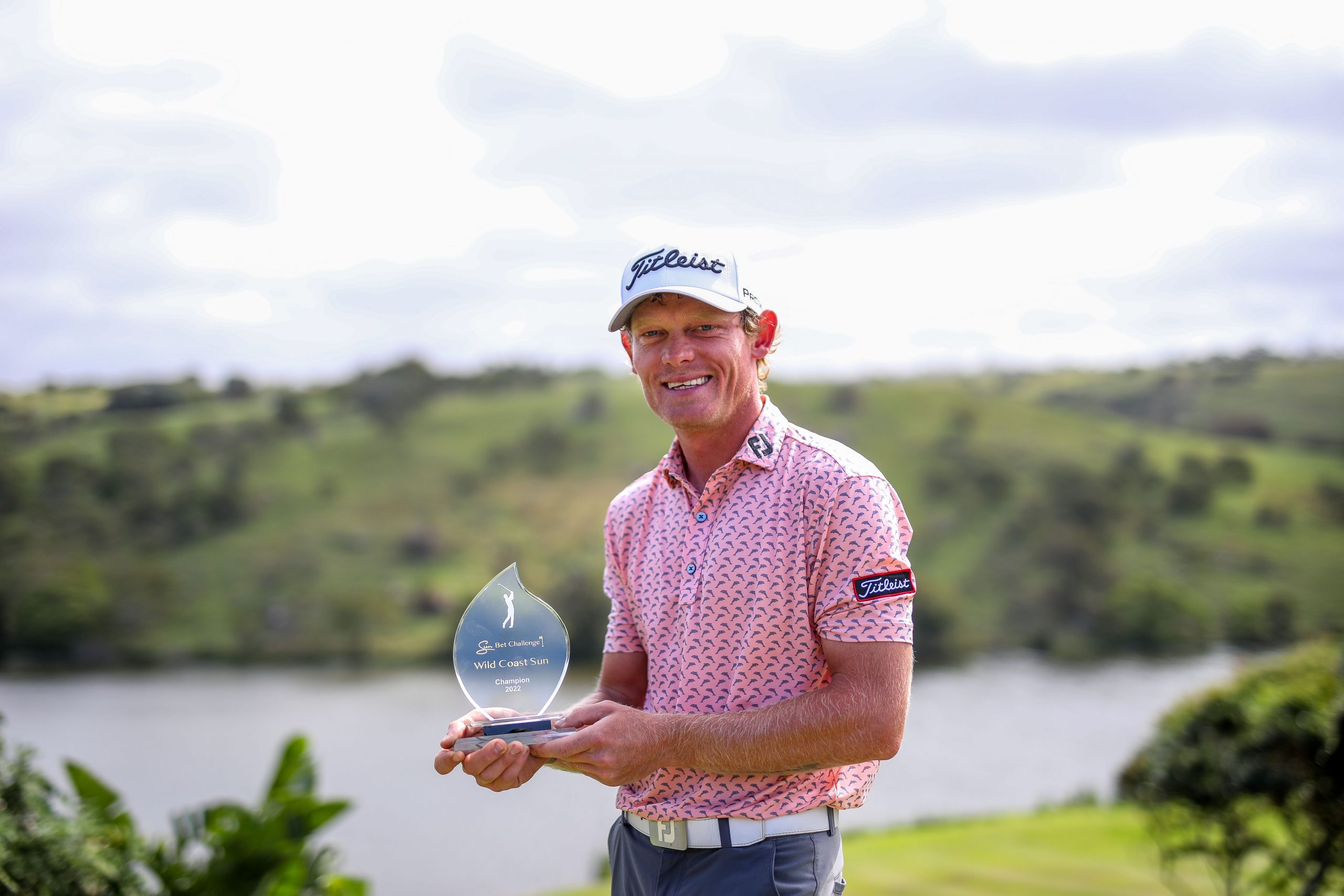 PORT EDWARD, KwaZulu-Natal – MJ Viljoen has been through the terrible tantalisation of not winning for five years on the Sunshine Tour but feeling very close to it, so when he finally returned to the winner’s podium at the SunBet Challenge hosted by the Wild Coast Sun on Friday, he was a little lost for words.

Viljoen, who led by one stroke going into the final round at the Wild Coast Country Club, played the steadiest of golf to seal the deal on Friday, shooting a two-under-par 68 to win by three strokes, even with a bogey at the last.

His last victory came at the Sun Fish River Challenge on September 6, 2017, but he has certainly had some near misses since then, with six top-five finishes, including being runner-up twice. Last week he began working with a new coach in Dougie Wood.

“It’s been a long time and I’ve just been so focused on winning again that I now don’t really know what it means,” Viljoen said after his triumph. “But I’m going to enjoy it and embrace it and take the weekend to think about it.

“I’ve been struggling for a long time, but I kept feeling that I was so close. I made some changes in the last week and they just sparked the feeling on the course that I have been looking for for so long.

“It sounds almost magical and I think it is quite magical. It feels like the start of a new chapter,” Viljoen said.

The 27-year-old had his game-plan in place from the start of the round, wanting to start well and not have to push too hard on a challenging course. Birdies on the second and third holes were like popping to the shops down the road and getting all the groceries you need.

“When I saw what the wind direction was going to be today, I thought two and three would be ideal birdie opportunities. I managed to get those birdies and then I was able to play par golf all day after that.

“It just set me up perfectly for my game-plan. I was never in trouble, I didn’t really hit a bad shot. I kept it simple and kept my targets big.

“Even though it was tough on the back nine, it came easy for me and I was able to par seven of the holes and birdie the par-five 16th. On the 18thI was happy to do nothing fancy, take bogey and get out of there,” Viljoen said.

Portugal’s Stephen Ferreira tried valiantly to grab the win as he fired a 64 that saw him finish tied second on 10-under-par, three behind Viljoen, alongside Pieter Moolman (67).