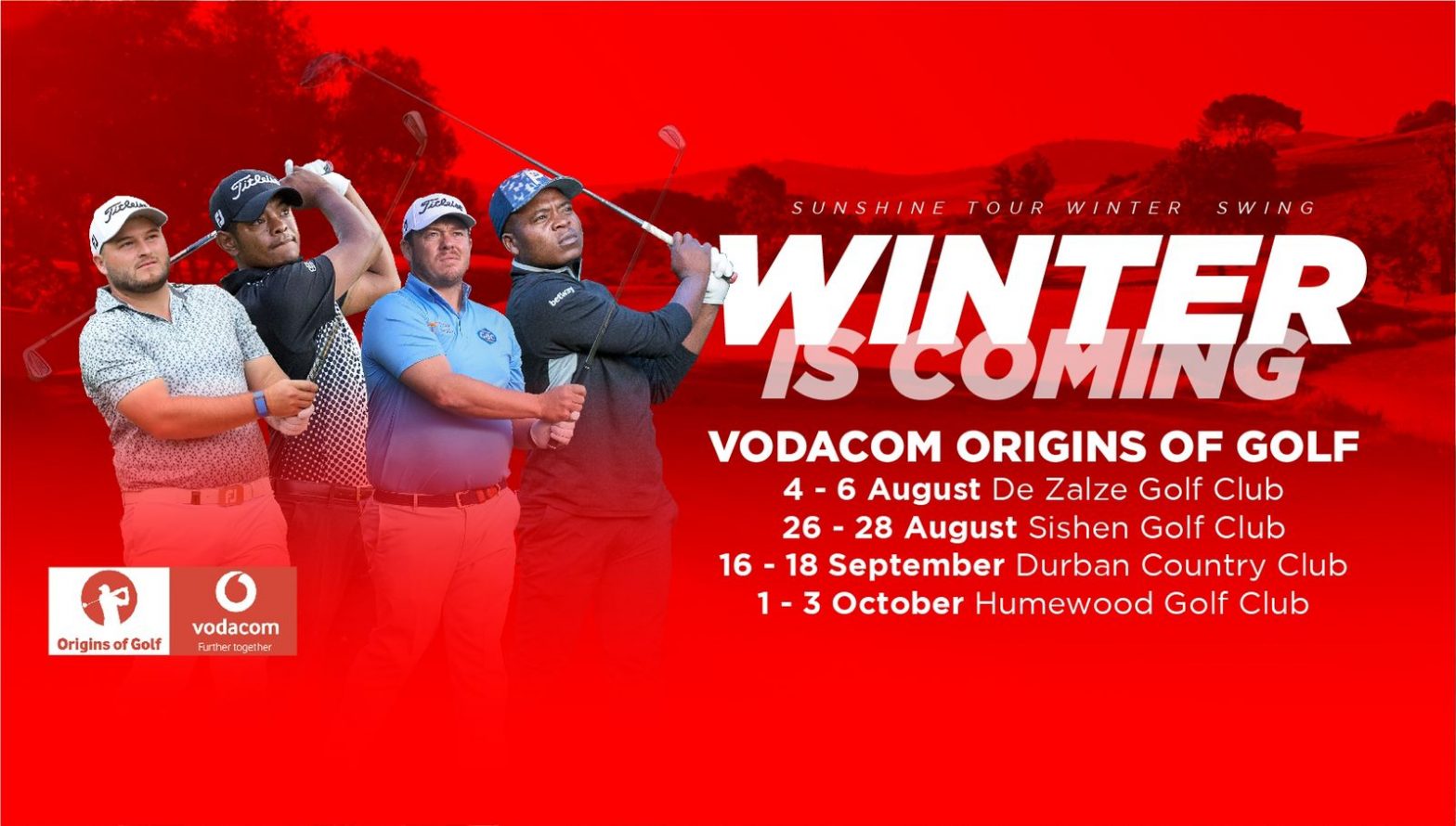 The Vodacom Origins of Golf series, the longest running series of tournaments on the Sunshine Tour, will be back on the Tourâ€™s schedule in 2021 and 2022 after it had to be cancelled last year because of the coronavirus pandemic.

The five-tournament series will tee off in August, with the final tournament set to be played in 2022 and with a total of R5 million in prize money on offer throughout the series.

â€œWe are delighted to welcome back the Vodacom Origins of Golf series to our schedule. Vodacom are one of our oldest partners on the Sunshine Tour and a loyal supporter of South African golf, and weâ€™re extremely grateful for their ongoing support in these challenging times,â€ said Thomas Abt, Commissioner of the Sunshine Tour.

â€œThe cancellation of last yearâ€™s Vodacom Origins of Golf series was beyond anybodyâ€™s control, and yet Vodacom still worked with us to host tournaments last year and give our members playing opportunities. But we are truly thrilled to welcome back the full Vodacom Origins of Golf series, which has been an important factor in the development of many of our leading professionalsâ€™ careers.â€

The return of the popular pro-am series is a major boost for the Sunshine Tour. Since it first teed off in 2004, the Vodacom Origins of Golf series has been the backbone of the Sunshine Tourâ€™s winter schedule and has provided stars such as Louis Oosthuizen, George Coetzee, Branden Grace and Justin Harding with some of their earliest professional titles.

The series has also established itself as one of the most influential in South African golf as it has supported the work of the South African Golf Development Board (SAGDB) with golf clinics at every tournament throughout the country, helped to raise millions for charity through its support of amongst others The Smile Foundation, the Walter Sisulu Paediatric Cardiac Foundation, New Beginnings and several other charities, and supported many of the Sunshine Tourâ€™s development and charity initiatives over the years.

â€œWe are extremely pleased to announce the return of the Vodacom Origins of Golf series to the Sunshine Tour. As the longest running series of tournaments on the Tour, we are immensely proud of the role it has played in the history of the Sunshine Tour and the careers of its leading professionals. But weâ€™re equally proud of the contribution the series has made to the development of the game and charity,â€ said William Mzimba, Vodacom Business Chief Executive.

The series will tee off at De Zalze Golf Estate from 4-6 August. It will then travel to Sishen Golf Club from 26-28 August, followed by Durban Country Club from 16-18 September, and Humewood Golf Club from 1-3 October. The final will be played in 2022 with the date and venue to be announced in due course.

Jaco Beukes, Chief Executive of FLOOID, the rights owners of the Vodacom Origins of Golf series, confirmed that the first tournament at De Zalze Golf Club will not feature the traditional pro-am element as an ongoing precaution in light of the coronavirus pandemic.

â€œAfter extensive consultation with the Sunshine Tour and Vodacom as well as the relevant health authorities, weâ€™ve decided not to host a pro-am element for the first tournament in light of the current Covid-19 situation in the country. Weâ€™ll continue to monitor this over the coming tournaments and take a decision on those as and when applicable. But it remains the focus of FLOOID, Vodacom and the Sunshine Tour to ensure that all health protocols are strictly observed, and that we are able to play this yearâ€™s Vodacom Origins of Golf series in a safe and responsible way based on the number of successful Sunshine Tour tournaments that have already been hosted.â€